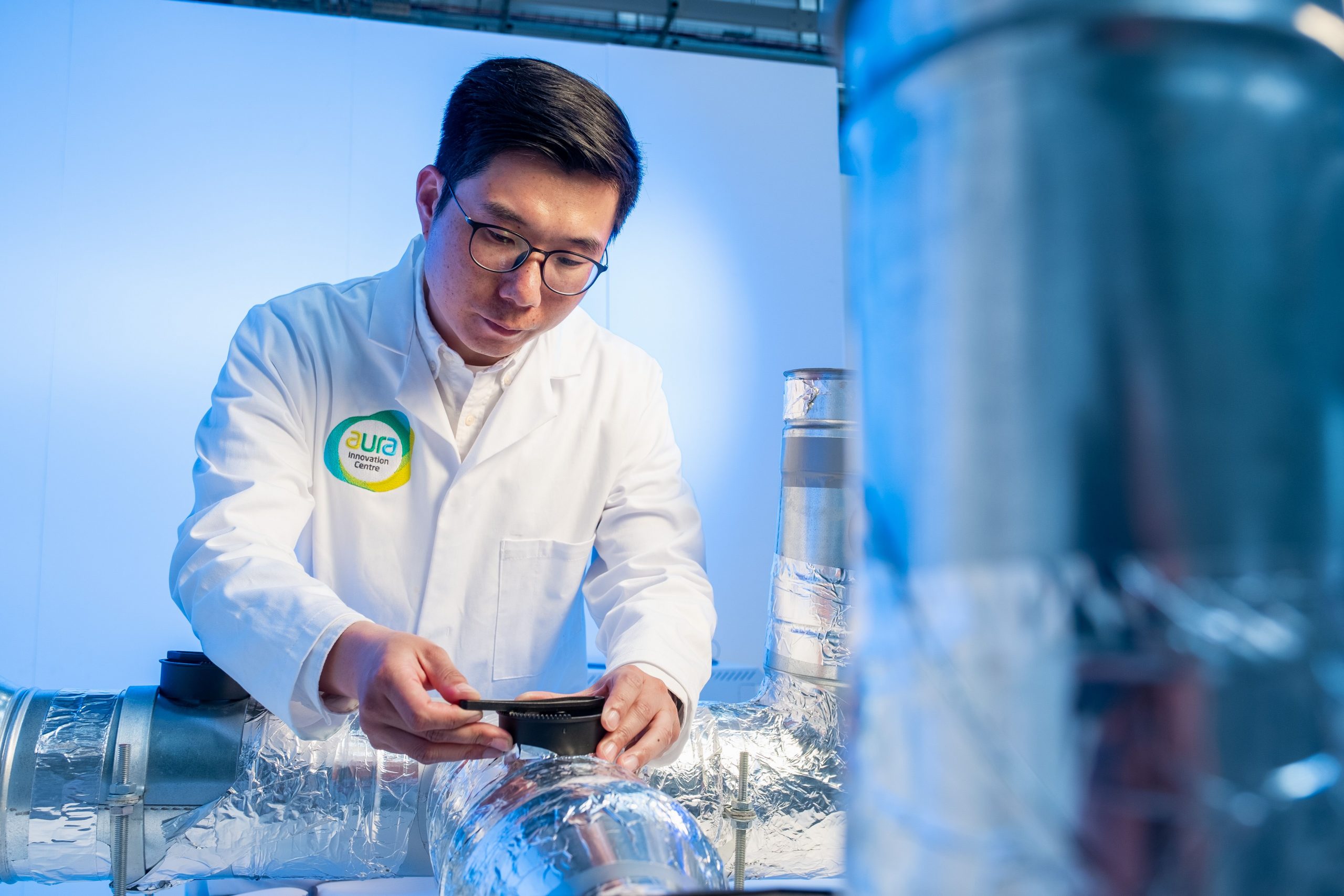 An innovative University of Hull cooling system has helped Hull City Council reduce electricity consumption at its data centre by as much as 80 per cent.

Using a super-performance Dew Point Cooling system, developed at the University’s Centre for Sustainable Energy Technologies, Hull City Council has saved over £50,000 in electricity cooling costs, and has reduced its carbon footprint by 82.5 tonnes a year.

The technology was first tested at the University’s Aura Innovation Centre in Hessle, before the trial was extended to Hull City Council’s data centre in the city centre.

Dr Zishang Zhu, Senior Research Fellow at the University of Hull, said: “This project is the culmination of 15 years of work at the University, developing the technology to a point where we could demonstrate its potential at our own Aura Innovation Centre.

“After the success of that pilot project, the next step was applying the same technology to Hull City Council’s data centre. The savings, both in carbon emissions and cost, have been hugely impressive.

“We have now been able to demonstrate, in a real-world environment, the potential this cooling technology has. It can offer enormous benefits to companies, both from an environmental and financial point of view.”

The Dew Point Cooling technology can lead to an 80-90 per cent reduction in electricity consumption and carbon emissions compared to traditional cooling systems.

For the project, two 4kW dew point coolers were installed at the Aura Innovation Centre, to service its computer room.

Data was recorded from August 6 to September 9, with a daily energy saving of 38.6kWh.

The recording period is ongoing, but so far has led to an 80% reduction in electricity consumption for the cooling of the building. It has also reduced carbon emissions by 82.5 tonnes a year.

The technology has also saved the council £149 per day in its electricity cooling costs – equivalent to £54,000 per year.

The project ran until the end of October, when funding for the programme expired.

Councillor Rosie Nicola, portfolio holder for environmental services at Hull City Council, said: “Hull companies and organisations are leading the way when it comes to green technologies and innovation.

“As a local authority we are committed to championing new green technologies and putting them into practice ourselves. I’m delighted that we have been able to work with the University of Hull on this project which demonstrates not only that green innovation works, but also how it can significantly benefit us.”

Now the trial project at the Council’s Data Centre has been completed, the team at the University – led by Professor Xudong Zhao – will seek further funding to continue the work.

For more information on the Centre for Sustainable Energy Technologies, visit https://www.hull.ac.uk/work-with-us/research/institutes/energy-and-environment-institute/our-work/centre-for-sustainable-energy-technologies.

Back to School Safely

NHS workers in Hull have saved over £300k, thanks to Barratt’s NHS Deposit Contribution Scheme