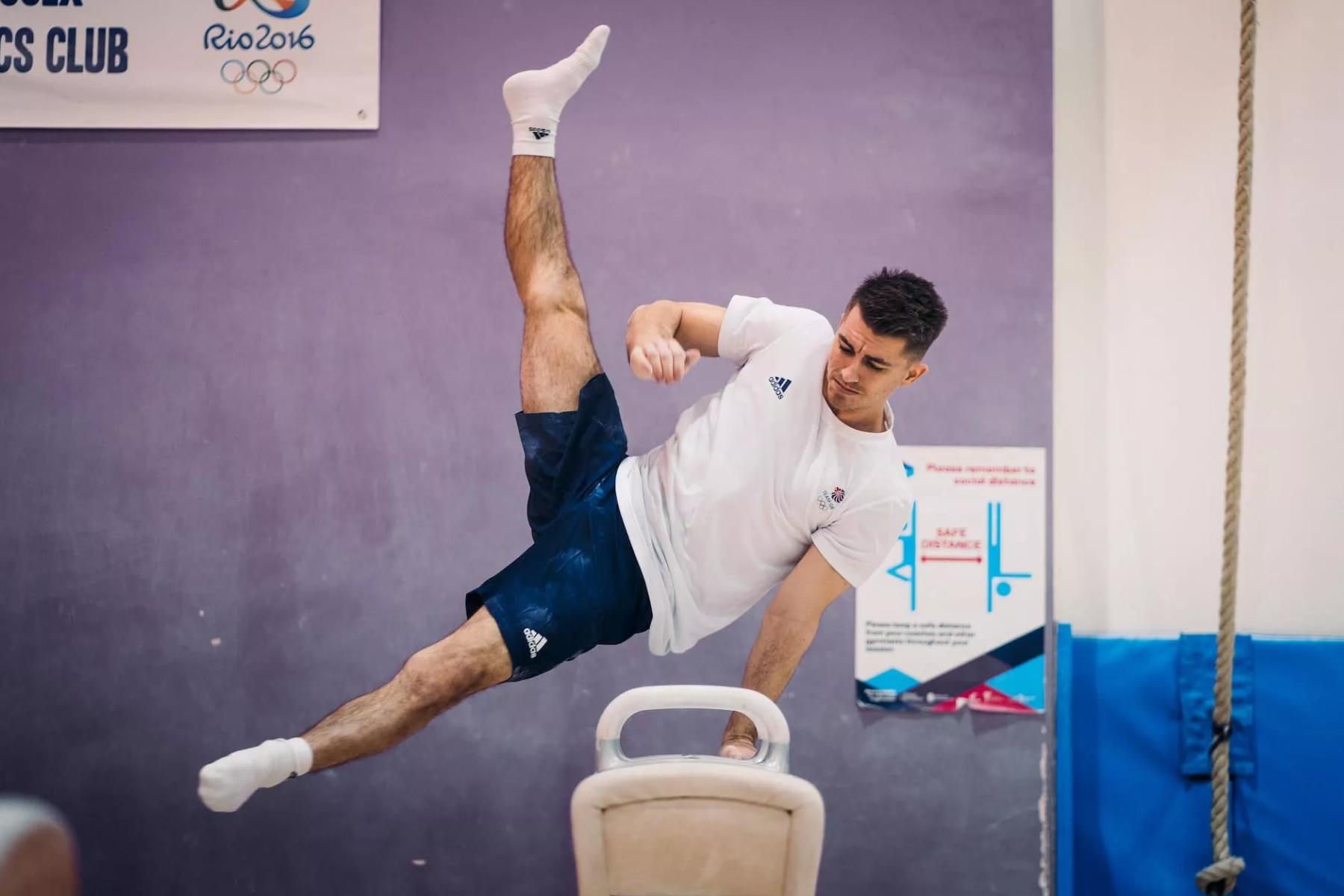 Team GB double Olympic Champion Max Whitlock MBE has been announced as a new ambassador for the University of Hull – as it celebrates the two-year anniversary of its exclusive partnership with Team GB.

As a trailblazer in his sport, Max’s role as an ambassador is set to be an inspiring addition to the University’s partnership with Team GB. It marks an exciting and eventful two years of the partnership so far, with students engaging in a variety of volunteering, work experience and course-related projects and opportunities.

The ambassadorship comes as a result of the University’s determination to provide unmatched personal development opportunities to allow students to be the best they possibly can be; a trait shared with Max as he chases further achievements.

The University of Hull’s Vice-Chancellor, Professor Susan Lea, said: “Max is the ideal ambassador for us in that he demonstrates quality and excellence in and out of competition. At the University of Hull, we pride ourselves on encouraging our students and supporting them with the right opportunities so they can achieve extraordinary things – both whilst at university and beyond.

“The partnership with Team GB has been an enormous success, with Team GB staff and athletes acting as inspirational role models for our students as they reflect the success of setting ambitious personal and team goals, working hard, and supporting one another through both the high and the lows.”

Max Whitlock will give students the opportunity to gain insight into the mindset of an elite athlete at the pinnacle of their profession. As a source of inspiration for all those chasing success – Max is the first ever British gymnast to win gold at the Olympic Games – and as one of Britain’s great sporting heroes, he is set to bring a sense of pride to staff and students at the University as he takes up his role as a Team GB ambassador.

Having Max onboard at the University also provides opportunities for the region as he shares his inspirational story of success. He will make guest appearances at local schools and colleges, enabling students of all ages to learn what it takes to become a double Olympic gold medallist and to inspire them to set their sights on success.

Max said: “Throughout my career, I’ve had to learn to handle pressure, overcome setbacks and remain focused on my targets. There are so many transferrable skills for students and I can’t wait to share these with them and staff at the University of Hull to help them achieve their goals.”

Tim Ellerton, Commercial Director at Team GB, said: “We’re really proud to partner with the University of Hull to help students find their extraordinary. Over the last two years of our partnership together we have delivered impactful projects – which inspire and engage staff at the University of Hull. We really value the energy, insight and knowledge which continues to contribute to the ultimate success of Team GB.”

The University is the first and only university to become a partner of Team GB. Following the announcement of the partnership in January 2019, students have benefitted from practical, CV-boosting skills at the same time as making their mark on the success of Team GB in the run up to the Tokyo 2020 Olympic Games.

Here is a summary of some of the highlights of the partnership so far:

An ongoing research project, titled: One Team GB, sees students and academics explore the history of British Olympic champions of the past. The aim is to inspire current Team GB athletes to achieve success by connecting them to their athletic heritage.

A marketing challenge set by the British Olympic Association’s Head of Marketing, Ed Jones, in which students created new ideas for Team GB to engage fans – providing an unrivalled opportunity for personal development. The winning student impressed with her concept of an Olympic themed app, and as a result enjoyed an exclusive one-to-one Q&A with Ed to discuss his career path to date, and to receive advice on how she could progress her own marketing career – another example of the benefits the partnership with Team GB has brought to the University.

As part of the University’s commitment to maintain the health, wellbeing and mindfulness of its staff and students throughout the difficult lockdown months, the University co-created social media content with Team GB in the form of “Workout Wednesdays”. Team GB athletes, including Olympic silver medallist Vicky Thornley, developed a variety of workouts targeting everything from chests to calves to cores!

In 2019, student and staff volunteers had the chance to attend the Birmingham NEC for the Team GB Kitting-Out event, ahead of the Minsk 2019 European Games. It gave them a chance to meet Team GB athletes, including cyclist Jason Kenny, and be part of the buzz surrounding the first major step in the build-up to a major Games.

One lucky student is due to create a new Partner Hub for Team GB and its partners, allowing easier access to Team GB documents and branding, and streamlining the process of sharing information.

The University is looking forward to developing an exciting new range of Team GB activities on and off campus over the course of 2021 in the run up to the Olympic Games in Tokyo. The partnership with Team GB includes the Tokyo 2020 Olympic Games (now postponed until summer 2021), the Beijing 2022 Olympic Winter Games, and the Paris 2024 Olympic Games. This unprecedented partnership is borne out of a synergy between the University’s ambitions and beliefs, and those of Team GB.