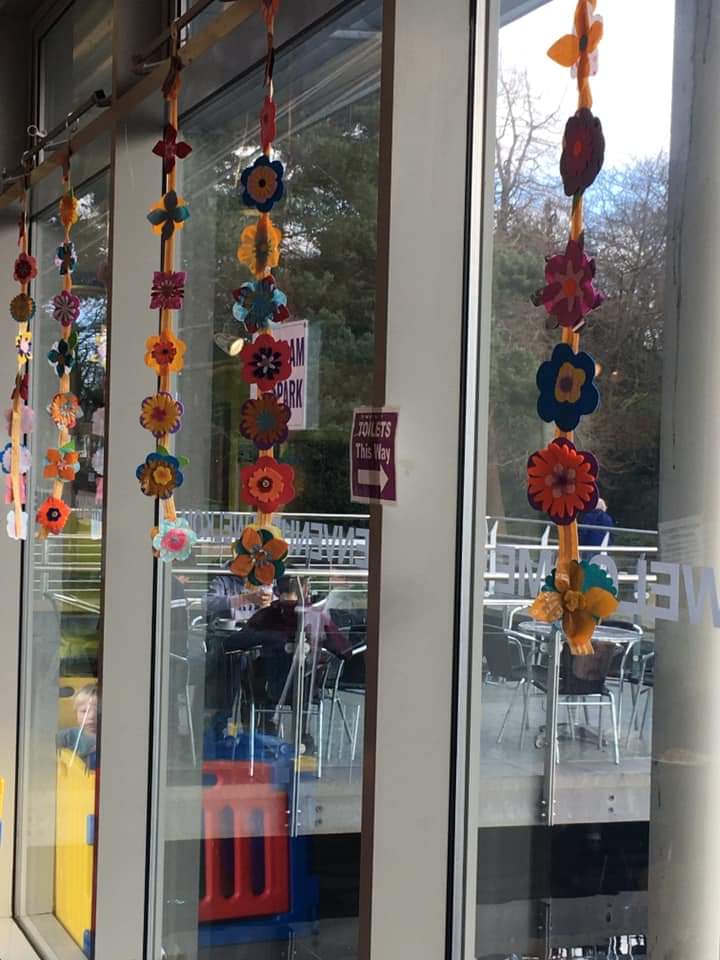 Hull-based community group #WeMadeThis are pleased to announce the launch of Bloomin’ Hull, the postponed second edition of their city-wide flower garland trail on Saturday 22 August, when hundreds of handmade garlands will go up in 37 locations across the city to brighten up the cityscape.

The trail was originally due to go live at the end of March, but then Covid-19 threw a spanner in the works. Miranda van Rossum, coordinator, says: “Of course we were disappointed that we had to postpone the trail, but it was the only sensible thing to do. Since then, we have been monitoring the situation closely, and this seemed a good time to revive the project.”

Most of the garlands were made prior to lockdown, including at a number of making sessions at the local libraries. The group is particularly pleased that the majority of the libraries will still be able to display their garlands despite restricted opening, by either putting them up outside or in the entrance.

However, some of the garlands have had to be rehomed – the garlands due to go up at Hull Truck Theatre, for example, will now be housed at Hull Community Church, in a great display of community spirit.

Equally, some makers did manage to put their garlands up just before lockdown. Keen observers may have spotted flower garlands in the window of the East Park Pavilion Café since March – these are indeed part of Bloomin’ Hull.

As is by now customary for a #WeMadeThis project, the participants involved include a wide range of groups and individuals. Miranda says: “It’s been good to have both a number of ‘regulars’, such as the Rainbow Community Garden and Bricknell Primary, as well as new faces join in. What’s been particularly nice to see, though, is the number of individuals and family groups who have taken part, including some who only joined us after we announced the new dates for the trail.”

The garlands will stay up for three weeks, until Saturday 12 September. A trail map is available from the group’s website: wemadethishull.wordpress.com. A limited number of printed maps can be obtained from the Hull Welcome Information Centre at the Paragon Interchange, East Park Pavilion Café and the Freedom Centre.