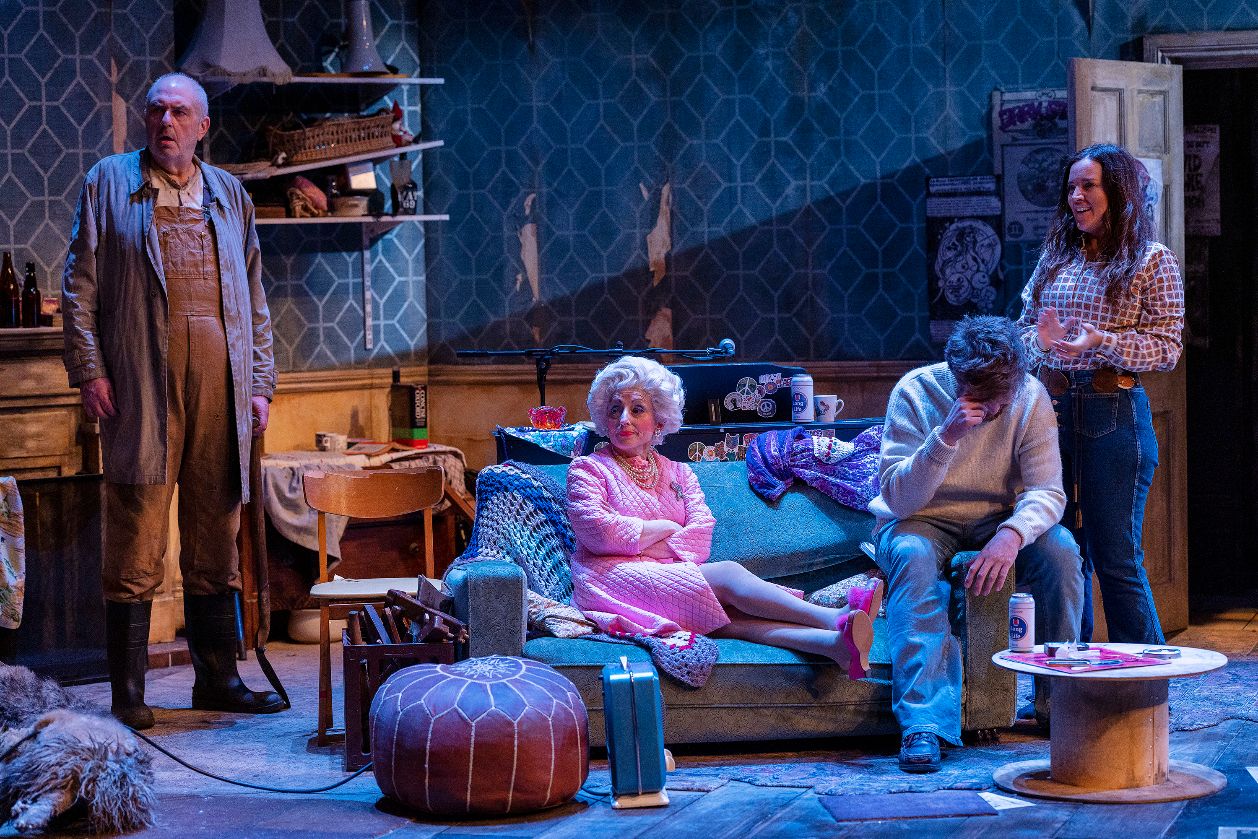 Hull Truck Theatre’s 50th anniversary programme focuses on all the people who have supported and contributed to the theatre, including the many talented artists who have kept it at the heart of Hull’s creative core for half a century.

One of those talented artists was photographer John Valentine, who left a rich archive of negatives and contact sheets that include photos of many actors at the start of their careers – Richard Beckinsale, Bob Hoskins, Alan Williams, Edward Peel, Illona Linthwaite and Carole Boyd to name a few. Rick Welton, arts producer and Hull Arts Centre’s first employee has presented a small exhibition of John’s work from the early 70s at Hull Truck Theatre. The photographs in the exhibition have been scanned from John’s original negatives, kindly provided by his wife, Sylvie Hannes.

“It’s been a joy to put this exhibition of John’s photographs together and see so many faces from the theatre’s past come to life again. It’s a fitting tribute to an immensely talented photographer.”

John Valentine worked first as a qualified fashion, advertising and industrial photographer, photojournalist, and news cameraman. From 1970 to 1974, from his basement studio in Wright Street, Hull, John was official photographer for Hull Arts Centre and Humberside Theatre Companies and covered Hull Truck Theatre’s early productions as well as East Riding Youth Theatre. He shared the basement space for a while with Rick Welton, where they worked together on publicity for Hull Truck Theatre shows such as The Weekend After Next. He loved theatre and had a great working relationship with the directors and actors.

Rachel Bell, Actor and one of the original founding group members of Hull Truck Theatre, said:

“What a thrill to see photographs from my exciting past! There we all are looking young and brave.

Some of them I had never seen before and reminded me what I looked like all those years ago, better than I thought at the time certainly! Youth, as they say, wasted on the young!”

John moved on to Shoreham-by-Sea where he worked as a photographer for the local Springboard Theatre between 1974-75. In 1976, he opted for a radical change in career and re-qualified as an EFL teacher, first in England and Egypt and then in France, where he spent the rest of his career. John never gave up photography and, during his three years in Egypt, travelled throughout the country, taking photographs, and producing a faithful account of everyday life in 1970s Egypt.

John was also a man of letters. Throughout the years, he wrote science fiction short stories and novels that he submitted to various publishers, receiving many ‘Dear Sir, we regret’ letters as a reward. He then decided to try self-publishing on Amazon/Kindle where there are at least ten books extant.

In 2012, he created a website of his theatre photography – J B Valentine Spotlight Photographs (https://jbvtheatrephotography.wordpress.com), which allowed him to renew contact with former friends in Hull.

“We are thrilled that John’s brilliant work is being exhibited alongside our 50th Anniversary production of 71 Coltman St – it’s fantastic to see the early work of our founders and the thriving artistic scene of the time captured so beautifully through John’s unique lens and a wonderful tribute to this talented artist. “

Continuing to mark the 50th anniversary of Hull Truck Theatre we will be exploring what the next 50 years might hold for the theatre and how we can continue to inspire future generations. We have started the year by celebrating past achievements, looking back to 1971 where the company was founded by Mike Bradwell with a group of fellow actors in a house at 71 Coltman Street. It was here that Mike and a group of fellow actors improvised and rehearsed a new form of theatre that put real people and real stories centre stage.

The John Valentine Exhibition will be available to view for free in Hull Truck Theatre’s foyer spaces until Saturday 26th March.