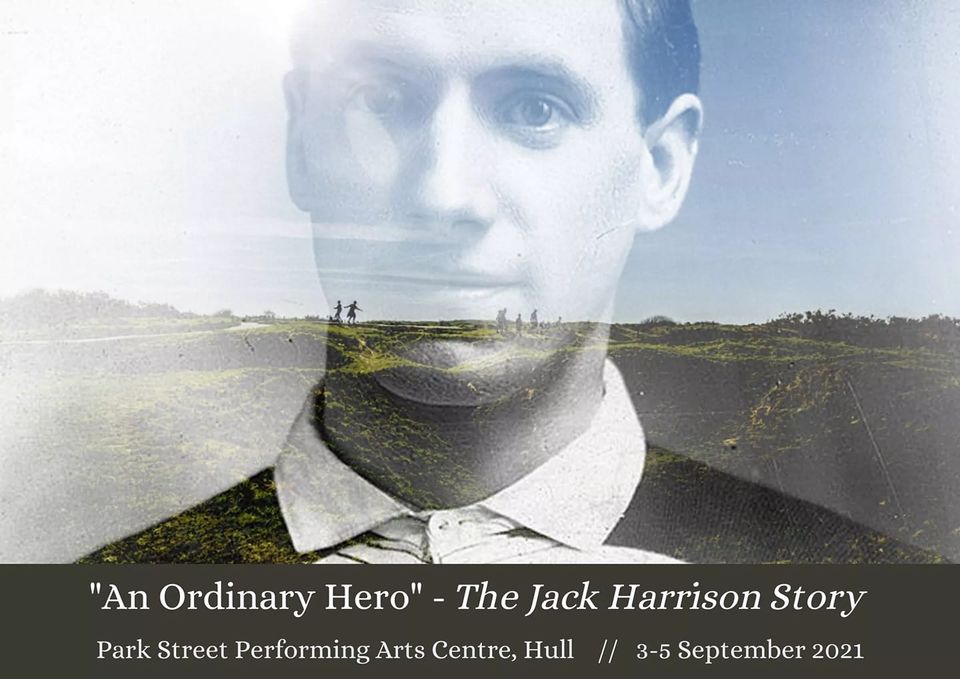 Welcome to my column again, it’s definitely been a very happening month with some very exciting plans springing forth, giving me plenty of reasons to be very optimistic.

At the time of writing this, I’m in fairly advanced discussions with my fellow columnist Shaun French, about plans for later in the year, from which both Park Street Performing Arts Centre and the Jack Harrison VC MC Charitable Trust will hopefully benefit.

Of course, Covid 19 continues to dominate most plans, but with the roll out of the vaccines, it seems to me that there is an ever growing light looming larger and larger at the end of the tunnel.

It’s been such a frustrating time for the performing arts industry, now it’s even more exciting to be able to start making plans again, albeit several months in the future, to give us all time to get into rehearsals and arrange other experiences around projects.

I have to say, when you take on true stories, which I seem to do more than I write fiction, you do definitely feel a greater sense of responsibility.

Add to that, while we’ve been somewhat inactive, publicly at least, the fact that I’m very aware that we will naturally fall off the radar as it were, get put to the back of people’s minds, and you will get some sense of idea, as to why we need to make a very big noise when we return to some sort of normality.

Don’t get me wrong, there has been plenty of activity going on in the background, as evidenced by the conversations I’ve had with Shaun, that I mentioned earlier, but now is the time to finalise plans for moving forward, and moving forward at a very rapid rate.

On top of the plays myself and Authentic History Theatre Company, which includes myself, Laura Suter, Keely Cross and Jayden Platten are planning to produce later this year, there are of course other projects as well.

Along with Kenny Richards-Preston, as part of Lightning Bear Film Productions, we are also still in pre-production for the Jack Harrison film, which is developing very nicely, as well as planning our Hull Blitz documentary film, both of which will also be filmed, or at least start filming later this year.

The watch words for all of you have got to be, ‘Watch This Space’ it could be quite a ride.