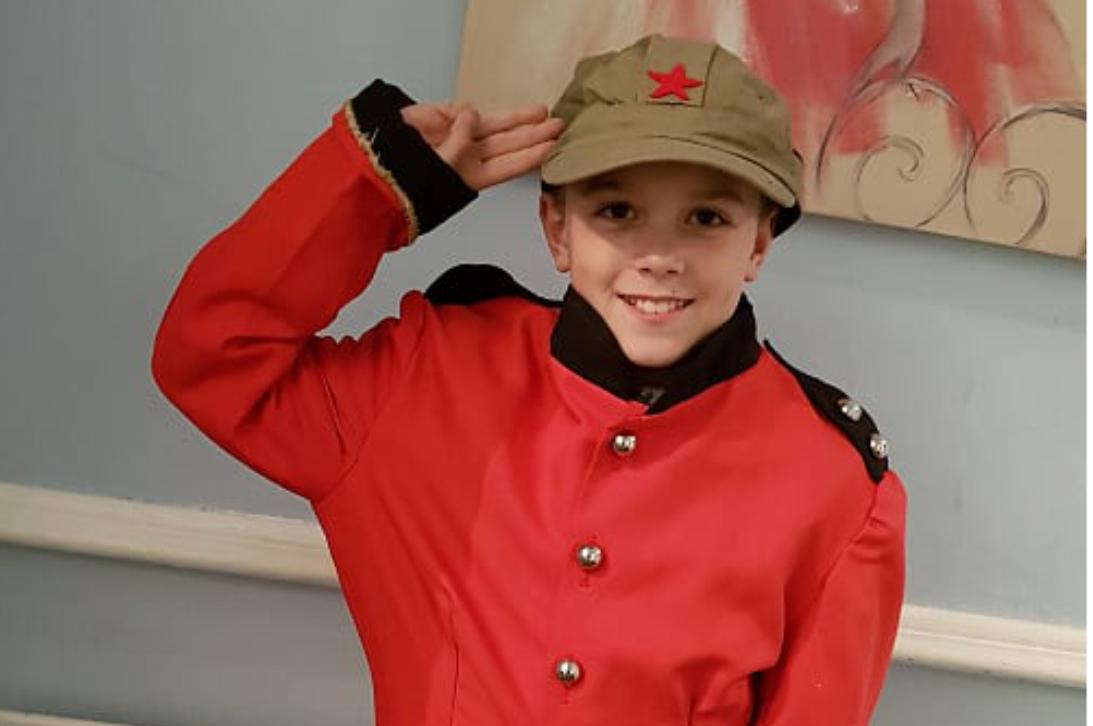 I’d like you to meet James, a new hopeful star.

James has three sisters who are at Park Street for Primary Musical Theatre and Junior Musical Theatre classes. James has to be brought along and sits on his own in the little café while his sisters have their ninety minute lessons, learn their songs and dialog and stage-techniques. He doesn’t speak to any of the other children milling around the building and doesn’t want to get involved – he’d prefer to wait for the moment they can all leave.

As a Trust Director of Park Street, I noticed James was always sat in the same place every Saturday and wasn’t joining in with the groups of kids on their break in the café. I wandered over to his mum and asked his name and why he was so much quieter than his sisters, who were a whirlwind of activity around the theatre. His mum explained he had a very quiet disposition, didn’t join in easily and had a few issues and was dyslexic. At that time, the Park Street Juniors were rehearsing “Superboy” in the main theatre and there were lots of boys and girls of James’s age. I asked his mum if she thought he’d like to sit in on a rehearsal and see how we work. She said he would refuse and not move, so I sat near him, shook his hand and said, “Follow me please”. He stood up, and looked at his mum and both followed me into the theatre. Ben Bailey, the teacher and director of “Superboy” was there with the cast, all with scripts in hand, reading dialog. I introduced Ben to James and we sat on the edge of the stage watching while the students read some lines from the show.

Ben stood up, wandered over, sat next to James, handed him a page from the script and asked him to read it to him. James read it slowly and quietly, got his praise and smiled. We asked Ben if it was OK for James to sit in and watch them going over the show and myself and James’ mum left the stage and returned to the café.

15 minutes later, we went back into the theatre to find James with another boy, acting out a scene from Superboy, learning to stage-fight and shouting his line. His mum was amazed and couldn’t believe it, but the simple truth is that once children walk into Park Street, they leave their own life in the car park and they can become a superhero, a mermaid, a prison guard or a mad Queen of Hearts. Any labels that they are given by schools or doctors are just forgotten and the magic of the stage, the lights, the smoke-machines and the music just transports them to another place and for those 2 hours with us, these kids are given a role to fill and they take on that persona.

For James, his story and journey have just started. He has won a role in “Superboy”, is a very valued cast member and makes his stage debut on March 9th for 2 nights. He is a success story among many others. In the photo, James is wearing a costume just after his first experience of the stage. His smile is why we love being at Park Street.

Each year, Park Street gives a scholarship to one student who the Trust believes has talent, desire and will benefit from a year of professional stage-training. That student is James Philpott.