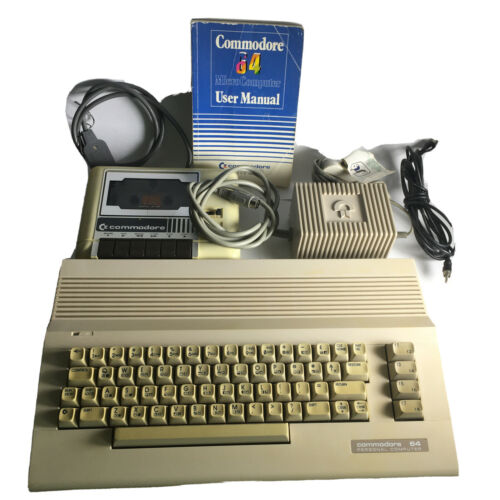 Last time, we were dancing back at the school disco, reliving the days of great music and terrible clothes, but this month I’m going to take you all back to the toys and hobbies we all enjoyed in the decade where even a trip to Woolworths was a dazzling experience. Here us kids would eagerly enter clutching their pocket money or dragging in your rich grandma to gaze in wonder at gaudy coloured toys and games, before leaving with a really cheap “compendium” with ludo, snakes and ladders and draughts in a box that fell apart as soon as you got it home.

When entering Woolworths, everyone would head to the Pic ‘n’ Mix section and swipe a couple of Dolly Mixtures or Flying Saucers from the chaotic mess left behind by other kids who’d wielded the little shovel with reckless abandon and showered sweets across 30 square feet of the floor. Could it be that Woolies went bust because 15,000 local kids helped themselves to a chocolate lime or a stray gobstopper?

Toys in the seventies for boys were largely centred on weaponry, mayhem and destruction. The main manufacturer of the age was Palitoy, who were clearly some sort of paramilitary organisation, bent on recruiting kids to the armed forces with the mass-produced and hugely popular “Action Man”. This 10” plastic warrior had (it says here) “gripping hands” which were basically rubber hands that could bend and grab rifles, ropes and mums curtain rails if we could climb on the back of the settee without being spotted. Action Man also had “Eagle Eyes” which was a small switch on the back of his felt-covered head that, when manipulated, could make his eyes flick left and right alarmingly and uselessly.

The problem with Action Man was that he was pretty harmless and boring unless you spent twenty-six years pocket-money on his accessories and weapons of mass destruction, such as the jeep, tank, boat and helicopter, plus the dizzying array of outfits and field artillery that made him a one-man killing machine when marching into battle against your sisters Sindy and Barbie dolls.

If you wanted something less violent for your pocket money, the more expensive and highly desirable Scalextric was a very popular toy. This was a figure-of-eight shaped racetrack which, when connected to the mains, would propel tiny Formula One cars around the circuit. Their speed was controlled by hand-held trigger grips; going too fast would make the car leave the track and slam into the skirting board leaving a satisfyingly electric smell of ozone from the little contacts on the bottom of the car. The cars also got rather hot from too much racing and acrid blue smoke would sometimes appear to the delight of your friends. Like Action Man, accessories for Scalextric were eye-wateringly expensive, so you often made your own grandstands with cardboard boxes or, when bored, you’d create little ramps and send your cars hurtling over them, launching at nearby pets or Lego towers.

For girls, and here I have to resort to looking back at old ‘Kays’ mail-order catalogues and adverts on YouTube, the toys tended to centre on glamour, babysitting and being a housewife.

Very popular at this time were “Tiny Tears” dolls. A weeping and seeping “baby” that would require topping up with water to get it to ‘cry’ when squeezed or when smashed into by an enthusiastically propelled Action Man jeep.

Girls were encouraged to bathe the Tiny Tears, dress it and care for it although my sister would drag it around by one arm and leave it overnight in the garden which both invalidated the warranty and made our mum scream in terror while she was hanging out the washing.

Barbie dolls had been around for decades, and the British version was called Sindy. Sindy was a similarly air-headed doll with an hour-glass figure, moveable limbs and a head that spun 360 degrees and came off quite easily (so I am told, ahem). Sindy was a party girl, an airhostess, a mummy, a nurse, an adventurer and also had a wide range of accessories, cars, houses and even a private plane, which begged the question, if she was so popular, how come you had to buy her friends?

Of course, toys would go in and out of fashion fairly quickly, as they do now. In the seventies and certainly in the early eighties, the home computer market was starting to emerge. Toys and board-games were replaced by the Atari games console, the ZX-81, Commodore 64 and others, which meant kids were now dragging their parents to Dixons and persuading them that school and homework output would increase by at least 700% and they would NOT, repeat NOT be used for games. The very idea!

Most parents bought this rather flimsy excuse, believing their child about to become either a genius or would probably be responsible for World War III. My dad would often poke his head around the bedroom door at me pecking at the keyboard, typing in some code and leave muttering “He’ll blow us all up one day”.

It’s also quite pleasing to note that some of the toys of my childhood are still being produced today – Ker-Plunk, Battleships, Connect Four and others are enjoying a bit of a revival, although some have fallen into the trap of adding electronics to them in a bid to lure kids away from tablets and online gaming. The satisfying smugness of pulling out the last straw on “Ker-Plunk” or seeing the little ball-bearing trundle down some plastic stairs in “Mouse Trap” can never be beaten by a technicolour firework display on a tablet the size of a bathroom tile.

Besides, we all remember getting annoyed at Monopoly and flipping the board over in a rage when you land on Mayfair, losing all your money to your younger sister who has only just learnt how to read the Community Chest cards.

We all did it, don’t try and tell me otherwise. I’m off now to find some Top Trumps and convince my son they were the Pokémon cards of my childhood.

Next time out – a daytrip to the seaside.

A Kids View Of The Seventies