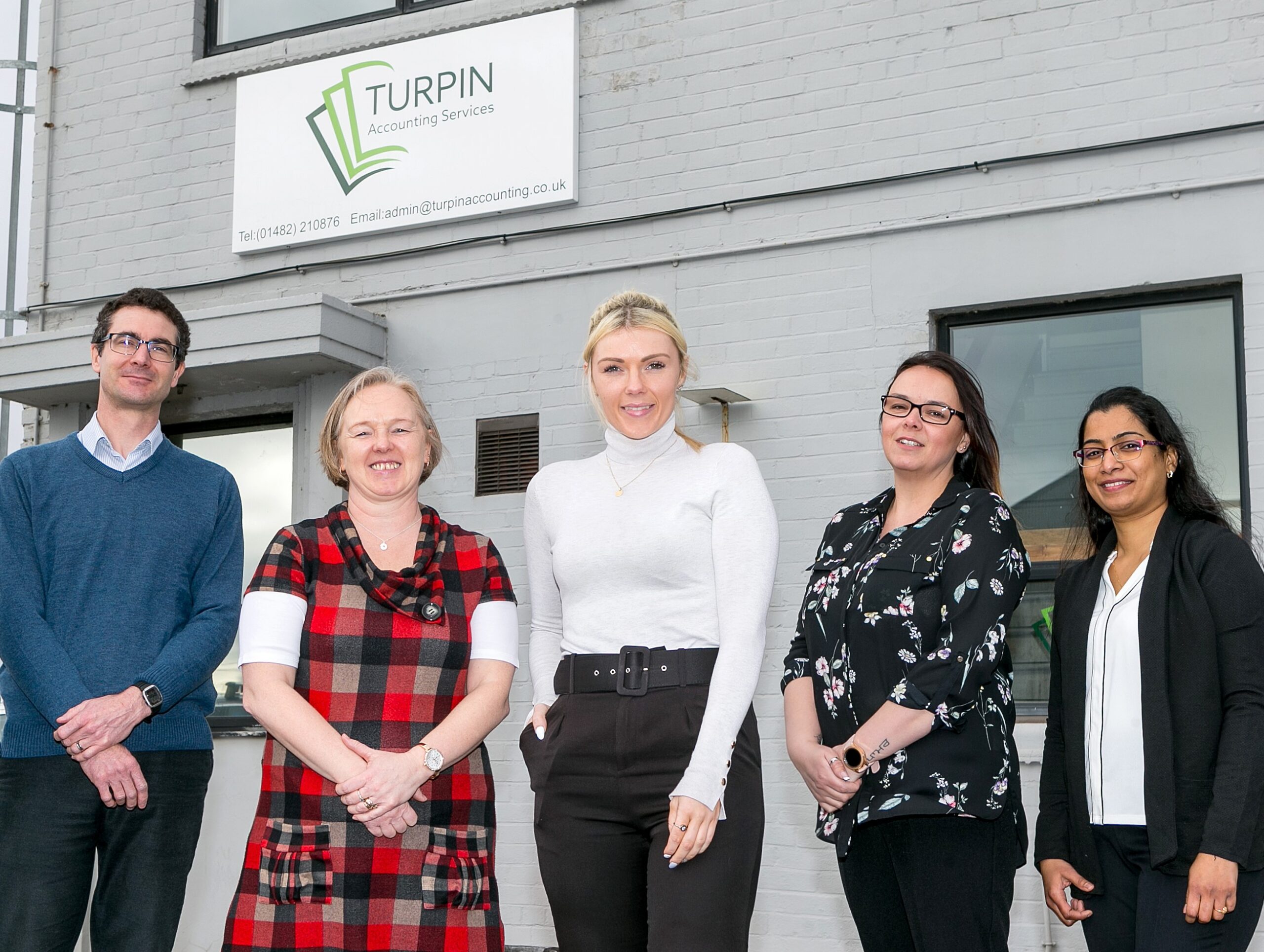 A financial services firm has marked its tenth anniversary with a rebrand to reflect the growing range of expertise which has driven the company’s expansion.

Turpin Accounting Services made the change from Turpin Bookkeeping Services to emphasise the diversity of the family firm’s offer, which now includes payroll, pensions and various tax functions.

Liz Turpin, who founded the company in her spare room, said: “The name change came about because we realised we are now doing so much more than when we started – it’s been needed for some time!

“It was all client-led with people happy with what we were doing and asking us to do more. It’s not about us, it’s about clients and their businesses, doing as much or as little as they want us to do.”

Having started her career as a bookkeeper, Liz gained additional skills and experience working in the finance department at the Goodwin Development Trust, where duties included weekly pay and purchase ledger.

After gaining a business management degree she became involved in a project with the Hull Enterprise Partnership, advising people on how to start their own businesses and how to secure funding.

Liz said: “When the project finished I realised I had been telling all these other people how good it was being self-employed so I decided to do it myself.”

After two years Liz took on a university student as her first recruit and now Turpin Accounting Services is a team of six working from two offices at the Humber Enterprise Park in Brough.

Over the years the team has included Liz’s mother-in-law and her two daughters. Jess helped with marketing before going into nursing and Bel is still there, having arrived in 2016 with a background in retail management. She is now doing an apprenticeship with the Association of Accounting Technicians and, in common with her colleagues, has already secured the International Association of Bookkeepers qualification in Computerised Accounting for Business with Hull-based Golding Computer Services.

Bel said: “People assumed we just did bookkeeping, but the range of services we offer is far wider and the training has been a big part of that.

“Although our niche is in-house accounts and becoming part of your support team and ‘accounts office’, we also offer payroll and pension services, VAT collation and submission, self-assessment as well as bookkeeping and working with a client’s accountant when necessary to provide end-of-year accounts.”

Di Garbera, a director at Goldings and IAB award-winning tutor, said: “Turpin Accounting Services have put all of their staff through the courses and it’s clear they have a strong commitment to training which is bringing great results for their business.

HULL TRUCK THEATRE UPDATE | Coronavirus: a message to our audiences and community

A look back on Segal’s past, and their shiny new future