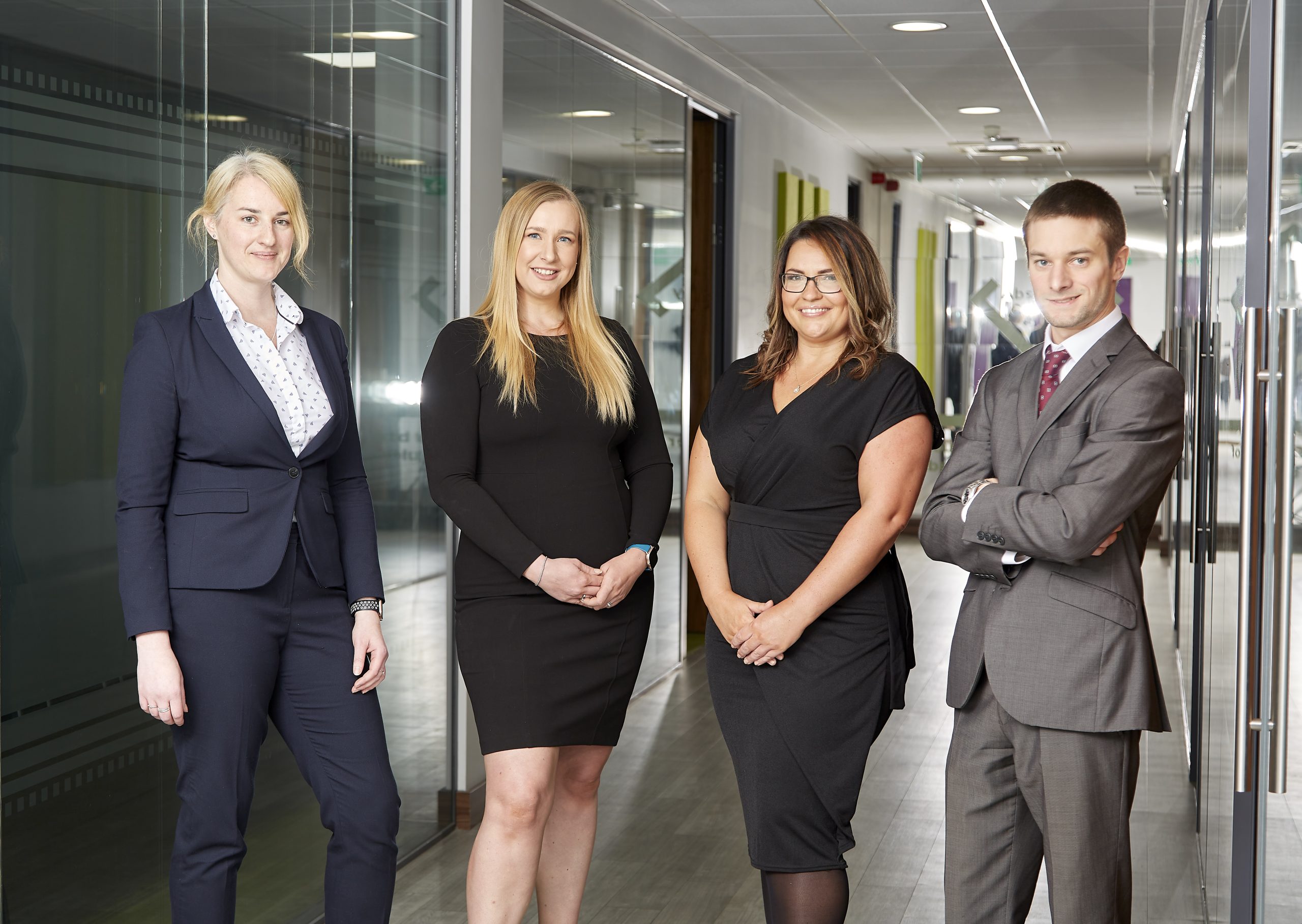 Leading law firm Rollits LLP has announced the promotion of five members of the team at its office in Hull, including four who graduated from the University of Hull.

Donna graduated from the University of Hull in 2011 and joined Rollits as a trainee solicitor in 2015. After qualifying in 2017 she moved into the corporate team where her work includes company formations, mergers and acquisitions and banking matters.

Emma has worked in general practice since qualifying in 2011 and joined Rollits in 2018. As a member of the private capital team Emma now specialises in wills, estate planning, lasting powers of attorney and Court of Protection matters, in addition to probate and administration of estates. Emma is also a member of Solicitors for the Elderly and a full member of the Society of Trust and Estate Practitioners (STEP).

John also graduated from the University of Hull in 2011 and following completion of his Period of Recognised Training, moved to work in the firm’s dispute resolution department after qualifying in 2018. As part of his training, in 2017 John was seconded to work with Hull’s UK City of Culture team for seven months and undertook numerous aspects of legal work within the culture and creative arts sector. John deals with various commercial dispute resolution work including disputed debt claims, property disputes, breach of contract claims and probate disputes.

Leanne graduated from Nottingham Trent University in 2015, qualifying as a solicitor in 2019. She joined Rollits in January 2020 from Sandersons Solicitors in Hull and deals with all aspects of commercial property work, including leasehold and freehold, landlord and tenant matters, secured lending, acquisitions, disposals and corporate support work. She also assists with complex residential property matters, auction properties and investment portfolios.

Another graduate from Hull University and former trainee, Harriet joined the firm in 2017, and upon qualification in 2019 she moved to work in the firm’s charities team. She advises on charity governance matters, Charities Act compliance and company regulatory issues and, as a member of the Charity Law Association, also works on issues including new charity registrations, incorporation and mergers of charities, and restructuring and reorganising charities.

Ralph Gilbert, Managing Partner of Rollits, said: “We are delighted to announce another round of promotions and particularly pleased once again to see the progress being made by local legal talent in addition to those who have joined us from further afield.”