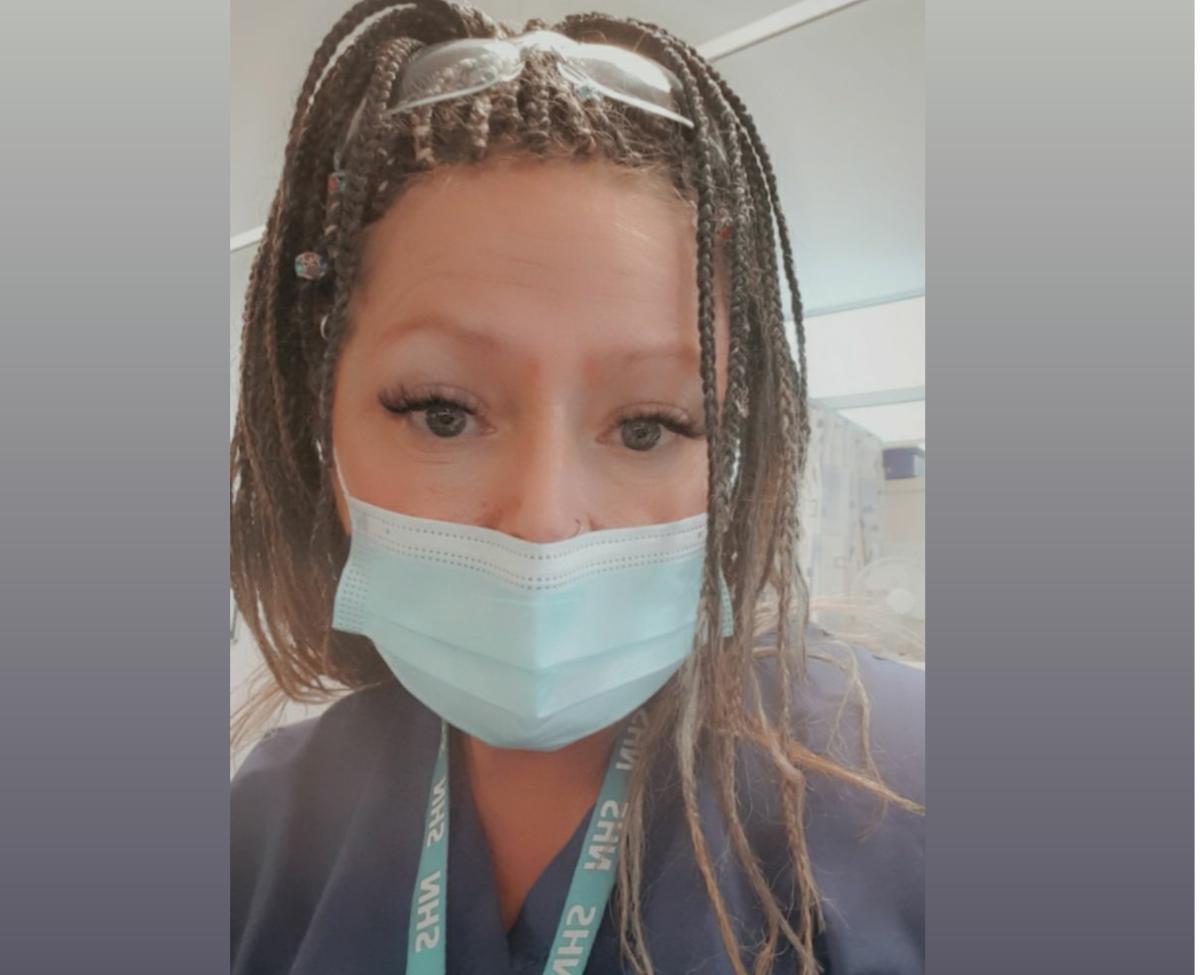 She spent five months inside her home, not able to even step outside, because she was so vulnerable to Covid-19.

But Perioperative Support Worker Tracey Dennison was desperate to be part of her team helping patients undergoing surgery at Hull Royal Infirmary.

Now, after becoming the first member of staff at Hull Royal to receive both doses of the vaccine, Tracey is back where she wants to be, helping her team and looking after her patients.

She said: “I’m over the moon and just so grateful to have been given the opportunity to have the vaccine.

“It was so difficult to shield for all that time and it was really hard for my own mental health. Being back at work is just fantastic and I’m so happy.”

Tracey, a 43-year-old mum-of-three, has rheumatoid arthritis and requires weekly injections and medication to slow down her immune system and reduce inflammation. She also has severe asthma and mild Chronic Obstructive Pulmonary Disease (COPD).

When Britain went into its first national lockdown last March, Tracey was already off work because of a severe flare up in her shoulders and knees which had left her unable to walk and use her arms.

She was then one of 1.5m people in the country identified by the Government as Clinically Extremely Vulnerable (CEV) and was asked to stay at home, meaning she couldn’t return to work in the Post Anaesthetic Care Unit (PACU) on the third floor of Hull Royal Infirmary.

“I was devastated,” she said. “Five months I’d to stay at home shielding and I wasn’t allowed to take exercise or even take my bins out.

“My Dad has died of cancer not long before so it was really tough to be inside, not able to go anywhere or see anyone for all that time. I’ve always been the one in my family to go and help the others but I couldn’t do anything or see anyone for months and months.

“My sister’s husband has Motor Neurone Disease and he was shielding too but I couldn’t even help my sister. And I knew how hard my team were having to work and that some of them had been redeployed but I couldn’t help them either.”

In August, as the first wave subsided, Tracey was able to return to work. She was given enhanced PPE, including a special valved mask and goggles, to offer her the best protection against the virus.

However, in November, as cases of infection began to climb once more, Tracey was asked again to shield, this time for four weeks.

She was able to return to work at the start of December and then received the call to go to Castle Hill Hospital to receive the first dose of the vaccine under the JCVI priority list to vaccinate frontline health care staff and those most vulnerable to the virus.

“I didn’t hesitate because I knew the vaccine was my best chance at staying at work in a job I love,” she said.

As soon as she received her vaccine, Tracey was back at work, walking in the door with 50 McDonald’s cheeseburgers – a gift from her husband John – to celebrate with her team.

“I’m known for bringing chocolate and sweets in because it’s amazing how chocolate can put a smile on people’s faces but walking in with 50 cheeseburgers went down well,” she said.

She’s now received her second dose and, thanks to the support of the trust’s Occupational Health team, she’s back at work, collecting patients from the wards ahead of their surgery and looking after them as they recover from their procedures before taking them back to their wards.

“Occupational Health have been fantastic and I can’t thank them or my colleagues in the team enough,” she said. “Everyone was really concerned about my wellbeing but understood I was desperate to come to work so they did everything they could to keep me as safe as possible.”

Although Tracey has the maximum protection offered by the vaccine, she continues to wear enhanced PPE and take all appropriate precautions to keep herself and her patients safe.

“Even though I’ve had both doses of the vaccine, I continue to follow all the rules,” she said. “I make sure I keep two metres apart from everyone wherever possible and I wash my hands all the time and use the alcohol gel. My PPE also keeps me safe so I’m never worried about my own safety or the safety of my patients.

“I’m just so relieved that the vaccine means I can be there for my team and my patients, doing a job I love in a place that I love.”

Parking charges across the city suspended until further notice