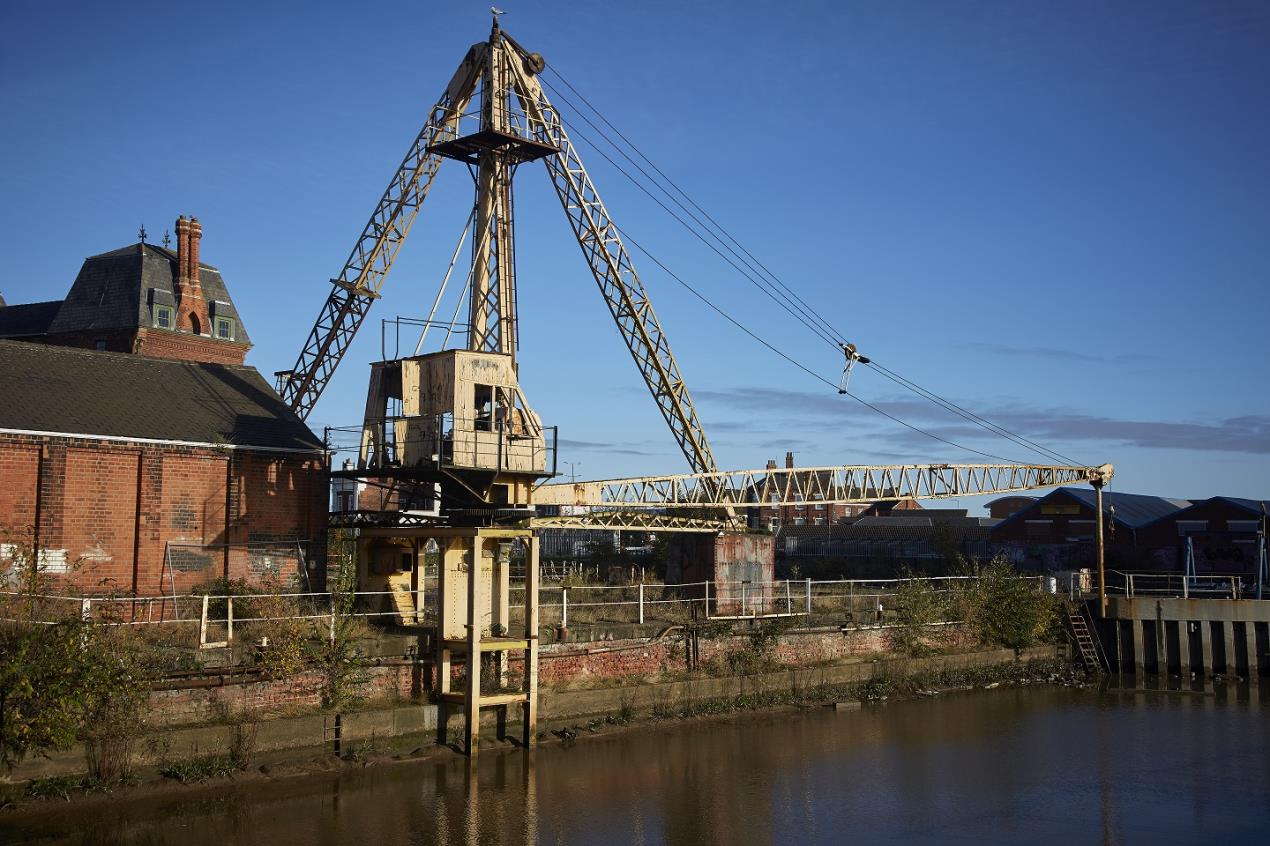 Hull’s last remaining 20th century Scotch Derrick crane is to be restored, thanks to the National Lottery Heritage Fund and Hull City Council.

The Hull Maritime project is looking to appoint a contractor to dismantle, restore and relocate the crane as a safe structure, retaining its historical details and significance.

The 20th century Scotch Derrick crane, sometimes known as a Stiff leg derrick, is located at the North End Shipyard, reflecting 400 years of shipbuilding history. The dry dock will become the permanent home of the Arctic Corsair along with a new visitor centre. The restored crane will form part of the transformation of this area and new visitor attraction.

It is believed to have been installed when the former lock pit was upgraded into a better dry dock in the late 1950s. Now, a rare survivor on the River Hull, reflecting the active shipbuilding that continued in this area in more recent times, the crane will be restored and relocated for visitors to appreciate for years to come.

Councillor Daren Hale, Portfolio Holder for Economic Investment, Regeneration and Planning, Land and Property, said: “We’re looking for a company to repair and restore this disused crane so it can become a visitor attraction in its own right.

“The 20th century Scotch Derrick crane is a key symbol of recent maritime past and vital it’s retained as a heritage feature to tell its fascinating story.”

Work to dismantle and remove the 18 tonne crane is expected to start in spring 2021.

The Hull Maritime project, funded by Hull City Council and the National Lottery Heritage Fund, encompasses the redevelopment of five historic sites in Hull city centre: the transformation of the Grade II* Hull Maritime Museum and the Dock Office Chambers, the creation of a new visitor attraction at the North End Shipyard and the restoration two historic vessels, the Arctic Corsair and Spurn Lightship.

Help us help you be prepared for the bank holiday weekend