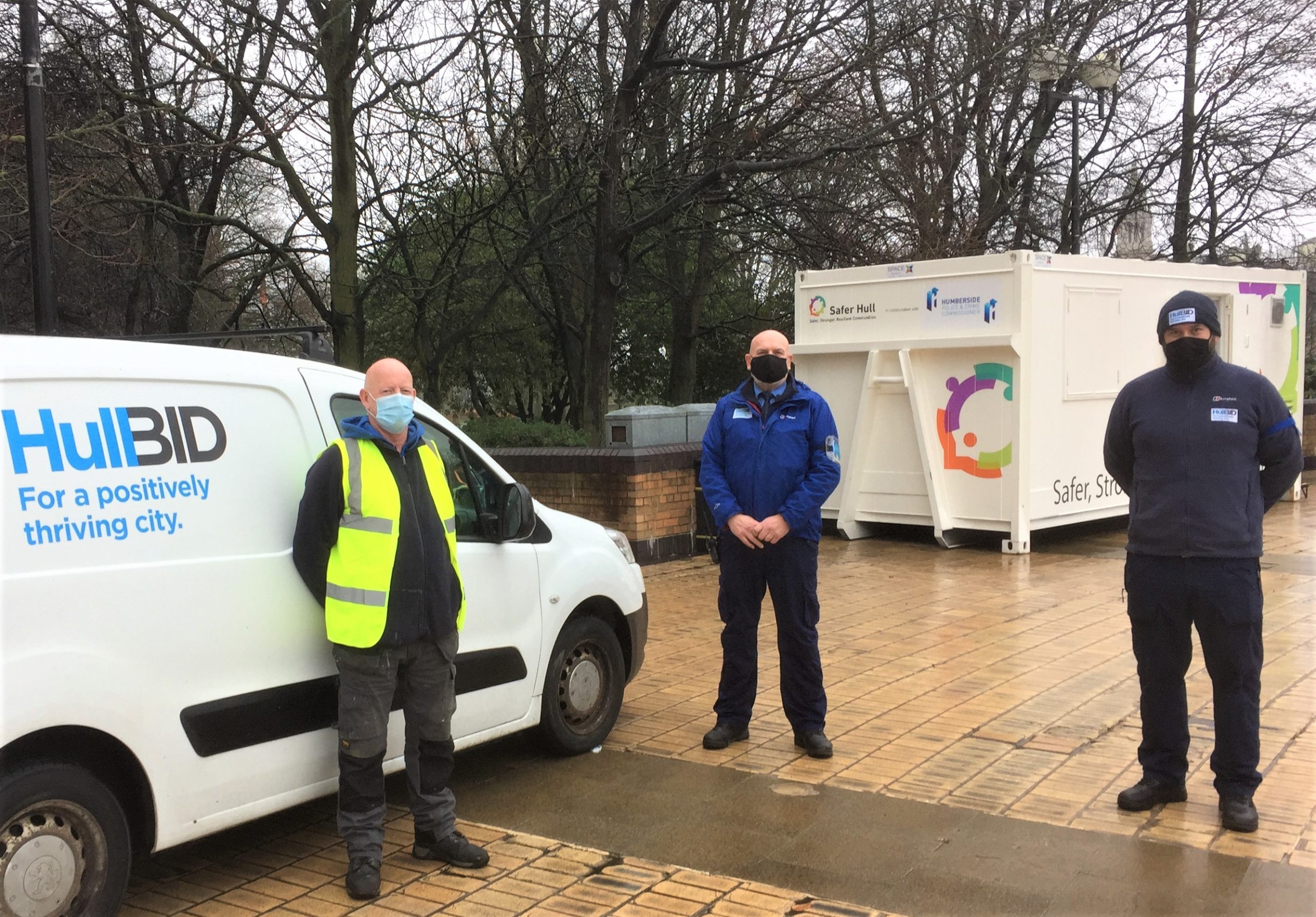 A partnership approach is having a major impact on the fight against crime in Hull city centre with more businesses signing up to the DISC low-level crime and antisocial behaviour information sharing system, which brings together businesses, the police and Hull City Council.

HullBID’s street team are reporting significant achievements with Senior Support Officer Mark Andrews telling of two incidents which resulted in arrests as a result of DISC, the HullBID radio and Civic CCTV all playing a part.

The DISC system was launched in November 2019, and in the first few weeks the number of businesses recording crime incidents reached more than 200. Even with the temporary closure of many businesses during the last year the number is now more than 320 and the system has details of nearly 400 offenders.

DISC is operated by the Hull City Centre Security Partnership and has been funded by the Humberside Police and Crime Commissioner through the Safer Hull Partnerships with the aim of emulating the success of similar schemes elsewhere in the UK.

Businesses which sign up to DISC are able to log into the system, report incidents as they happen and update information about known offenders. They can operate DISC from a desktop computer or as an app from mobile devices, sharing intelligence instantly with other members and authorities.

Mark said the first of the recent incidents involved theft of property worth approximately £3,000 from a city centre business. DISC displayed pictures of the offenders and two days later another business owner reported spotting them near his premises.

Mark said: “The trader used the BID radio to contact us and we used Civic CCTV to monitor the suspects. We liaised with the police, who arrested the men.

“The second incident involved someone causing trouble across the city centre, being abusive to people and generally committing antisocial behaviour.

“He went to court and was released on bail with a condition banning him from the city centre. We saw him and knew he was in breach of the order and again we used the BID radio and CCTV to follow his movements.

“Both cases show how the various crime prevention measures work well together and are very effective. We’ve recommended DISC to other towns and cities because it really is invaluable.”

Mark has been working with HullBID for ten years this year and his colleague Raich Orr joined in 2012. The street team is completed by Maintenance Operative Martin Foster, who has been with Hull BID since it started in 2006 and is hard at work clearing graffiti and other mess even before businesses have opened their doors for the day.

Mark said: “I started as a support officer but security is now the biggest part of what we do because that’s what city centre businesses have identified as their priority.

“We work very closely with the city centre businesses and over the years we have built up a very strong relationship with them. As a result of working together we have all become familiar with a lot of the offenders and that can be very helpful when it comes to preventing crime.”

Tracy Harsley, Assistant Director Citysafe and Chair of Safer Hull, said: “The Safer Hull Partnership support for the roll out of the DISC scheme has demonstrated the opportunity for business to engage more closely with the police and council and we welcome the positive response.”

Businesses which would like to find out more about the DISC system should contact Catherine Goble at catherine@hullbid.co.uk