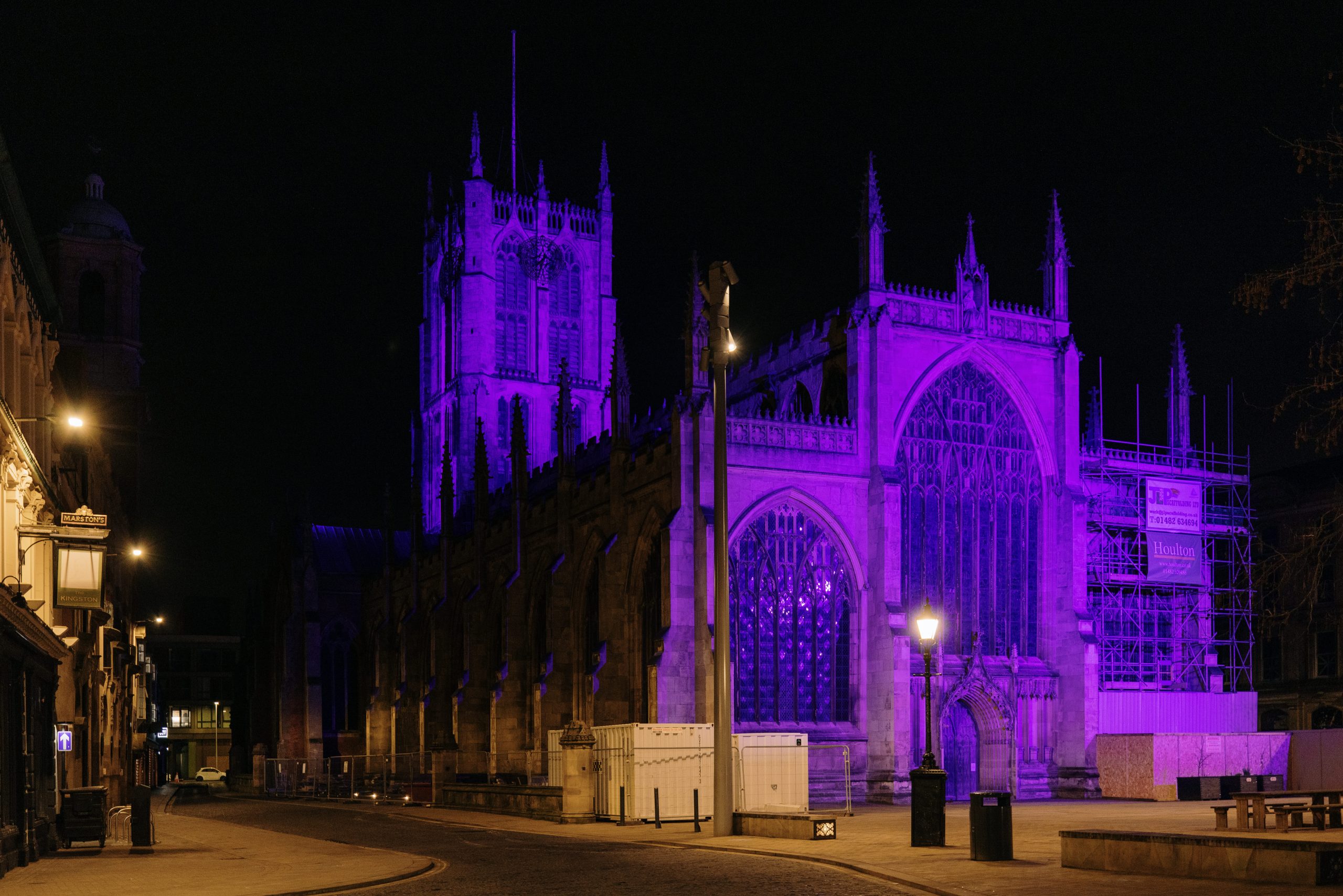 Hull city centre will join more than a hundred buildings and landmarks across England and Wales by lighting up purple to celebrate the upcoming census and its importance to communities.

The event is being organised by The Office for National Statistics (ONS) to raise awareness of census day on March 21, a survey that happens every ten years and gives a picture of all the people and households in England and Wales.

Alongside Hull City Hall, Hull Minster and the Wilberforce statue, iconic landmarks across the country, including the Wales Millennium Centre in Cardiff, BT Tower in London and Blackpool Tower are signed up for the celebration, which will see them light up in the Census 2021 brand colour from Friday 19 to Sunday 21 March.

The census helps inform the provision of public services throughout the UK, such as determining the appropriate number of school places and hospital beds that are needed to properly serve their communities.

“The census is such an important undertaking that helps inform the vital services we all rely on every single day within our communities.

“We wanted to shine a (purple!) light on the buildings and landmarks that matter most to their local areas, highlighting the importance of the census in helping shape the communities we live in.

“We’re thrilled with all the support we have received so far and would like to thank Hull for their participation. Now is the time for everyone to complete their census and be part of history.”

“We’re very proud to be lighting up some of our most familiar buildings and landmarks in recognition of Census Day 2021.

“The data collected by the census is incredibly important in assisting us help shape the services we offer as a council.

“If you have received your letter or form I would urge you to complete it as soon as possible.”

Every household in England and Wales will now be receiving their census letters with unique access codes enabling them to fill in their census online.  Census day is 21 March, but can be completed as soon as it arrived if there are no planned changes in who usually lives at the household.

Papers forms are available for those who need it, plus a range of other support.