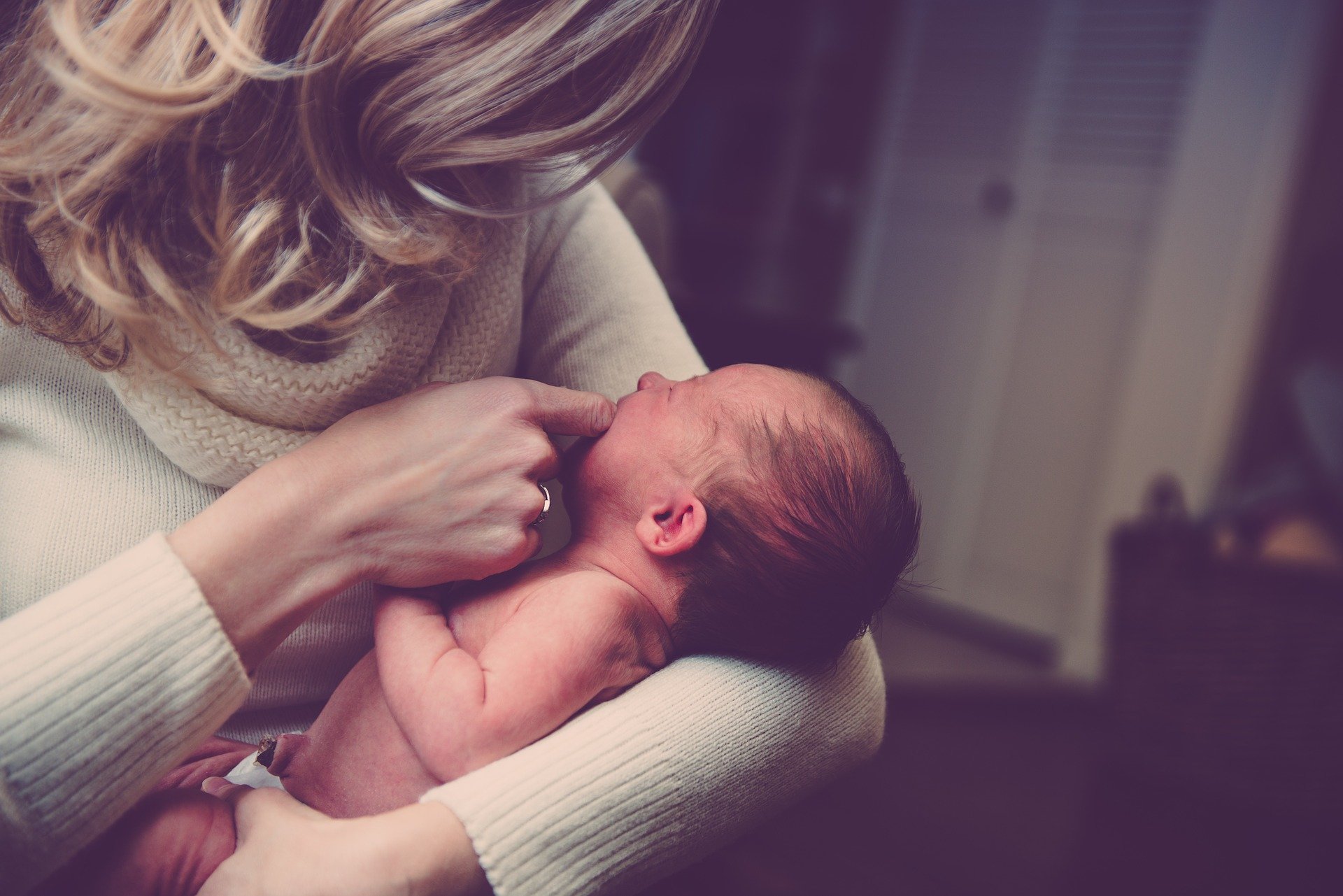 “But there’s a story behind everything. How a picture got on a wall. How a scar got on your face. Sometimes the stories are simple, and sometimes they are hard and heart-breaking. But behind all your stories is always your mother’s story, because hers is where yours begin.”
― Mitch Albom, ‘For One More Day’.

I’m in my local convenience store buying a bottle of ‘red’ to go with dinner. I think of my mother. In her twilight years she developed an appreciation for good wine, especially red and it was ‘good’ if it was on offer at ‘three for twelve’ at the supermarket. If pressed to answer she would always say she enjoyed the odd glass. The truth was, she enjoyed the entire bottle! I loved my mother.

I’m sure most of us at some time look back and realise that a mother’s love can be so deeply embedded in the fabric of our lives that it very often goes unnoticed. But if we take the time to pick out each tiny thread one by one and hold that thread up to the light. We will find it there. Hiding in plain sight.

We celebrate Mother’s Day every March and it is important that we do. How we connect with the world begins with our connection with our mothers; and it’s more than likely your mother is the woman who shaped and defined you. But what of those who, for whatever reason, did not have a mother around to be defined by? My mother’s mother died when she was just nine years old. Leaving her, the eldest girl, to take care of her five siblings, at least until they were each farmed out to the relative who took pity on them.

I have a distinct memory of my mother telling me that the severe complications she suffered after an appendectomy when she was seventeen, happened because she went back to work too early. There was no mother around to tell her not to. That was until ‘the wicked step mother’ came along. She was the stereotypical version. A Walt Disney invention. And she made my mother’s life hell.

Thank goodness today we have come a long way in kicking that stereotype into the gutter. I believe a stepmother has one of the hardest roles. She has to remain a neutral party to the children, while enforcing established rules and not changing them. Gaining and maintaining the respect of her step-children while building a relationship with her spouse and perhaps with the children’s biological mother as well. An unenviable task. Step-mothers are more aware of their responsibilities. Creating new relationships with step-children and not stepping on toes is a balancing act decidedly worthy of note.

I am a mother. A mother who gave up her daughter for adoption when she was just six weeks old. The woman who has had a child adopted will relate to the enormity of that initial traumatic separation. She is post-natal. A mother. But the child is gone! A forced disconnection. A detachment. A heart-breaking severance that never heals.

I received a letter soon after. Through the adoption society. It was a letter from my daughter’s new parents, written by her mother. A beautiful letter describing her deepest indebtedness to me for giving her the gift of a daughter and of how she and her husband would make sure she would have everything a happy life could afford. Poignantly, she ended by saying she hoped life would eventually turn out happier for me. Her final words touched me. She understood. I later learned that her role, the one of an adoptive mother, is not one for the delicate or feeble. ‘Loving and nurturing a child not biologically hers, is her calling’. Lodged firmly inside my heart was the knowledge that both my daughter and her new mother would quickly bond with each other. Our feelings as mothers were comparable. A bittersweet realisation.

Prior to her adoption my baby was fostered for a short time. It’s not difficult to understand that during short or long-term fostering, an attachment formed between many a foster mother and child is perhaps inevitable; and what of the familiar empty ache that she must often experience following separation? Is it to be endured and accepted as part of ‘the job’? Exposing herself time and again to the seductiveness of a child’s behaviour has to be commended. Something that is inherent, intrinsic and ingrained in her soul. These ‘mothers’ are unsung heroines!

My daughter was my second child. I was already a single mother with a four year old son when I became pregnant for the second time. I won’t insult intelligences by saying I was naive. Instead I will say that I was just plain stupid! Being a single mother when I was young, was very different from today. The word illegitimate was cavalierly bandied about around me and I wore its stigma. The mark of disgrace. I believe it was to protect me from this discrimination that my parents insisted I carry on going to work. Business as usual you might say. My mother gave up the job she loved, the one she’d strived for after being a stay-at-home mother for years. She sacrificed her job to stay at home once more, this time to care for her much loved illegitimate grandson. She did it for me.

I secretly enjoyed my pregnancy, it made me feel as though I truly existed. However ‘when a woman becomes a mother for the first time she feels emotions she never felt before and they can be seriously overwhelming’. That’s how it was for me. I struggled to adjust to the new situation. I cried. A lot. Today this short-term mood disorder post-partum, is widely recognised, far better understood and more common than many women and their families know. All mothers should understand that it is nothing to be ashamed of.

You will have gathered by now that I was a designated reprobate, continually, justifiably, being told by my parents how to live my life. I wonder, does being a mother qualify us to tell our children how to live their lives? I think we are all a bit good at telling others what to do. Advising someone to take it easy after a major operation is undeniably good advice but expressing your own point of view, believing your child will do and think as you – and you are on decidedly shaky ground. Why is it that we all have such short memories? Don’t we remember when we responded with defensive defiance to our mother’s telling us what to do? Thinking if we did, do as we were told, it might diminish our freedom? A dose of ‘Kevin and Perry’ the 1994 sitcom is a good antidote if you are in fear of your kids headed down the wrong track. Something I learned is that bad behaviour does not make a bad child.

Trust me, there will come the day when you begin to tell your mother what to do. You swap places. It starts because of the onset of advancing years. A gradual thing. Her response at first will be, “mind your own business”. But time will get her used to the role-reversal. I arrive at my mother’s house one day and in the living room there is a middle aged man wearing an ‘Irish jig’ and he is flanked by sample windows all leant up against her furniture. Stained glass, leaded, plain, frosted, every sort of glass you can think of. This dodgy double glazing salesman is eating my mother’s Banana Bread and drinking her tea. In no uncertain terms I ask him to pack up his stuff and leave. “Mother! Why did you let him in?”

“It’s raining, I felt sorry for him”.

My mother was a cock-eyed optimist. Unafraid. Quick witted. She used humour to survive difficult situations. An excellent cook, she entertained us well into her eighties with her memorable soirees. However, we decided to call time on these family occasions when she started doing impressions of Julie Walters in Victoria Wood’s famous ‘Two Soups’ sketch. It’s true! Not only did she have a thirst for red wine but my mother developed a thirst for knowledge, amazing me with the things she came out with. “How do you know that?” “It was on Eggheads” she’d say. She was a philosopher. She was strong, generous and selfless. The list goes on. If love could have saved her, she would still be here. Forever. For all of my life she was there and until I die her memory will continue to weave its golden thread through the fabric of my life.

To all mothers. Everywhere. You are amazing!

Post Script. My daughter and I were reunited after twenty eight years.