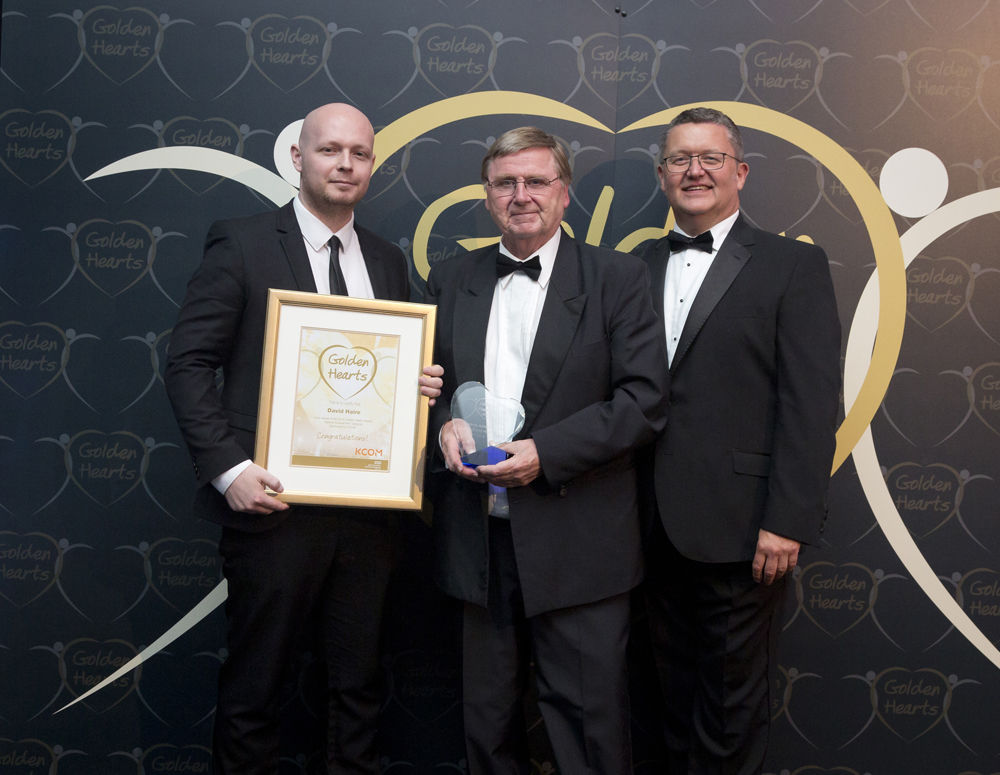 A Hull man who has dedicated more than 50 years of his life to the NHS has been rewarded for his work in the Queen’s New Year Honours.

David Haire, Project Director (Fundraising) for Hull University Teaching Hospitals NHS Trust has been awarded an MBE for services to patients and staff in East Yorkshire.

David, from Hull, has enjoyed a long and varied career since starting out as an administrative trainee at Hull’s Princess Royal Hospital in 1967.

Within 15 years he had become the Planning Manager for the District Health Authority responsible for community, mental health and hospitals. Here, he was pivotal in shaping the decentralisation of mental health units and the formation of trusts in the early 90s.

But it was as Director of Operations for Hull and East Yorkshire Hospitals NHS Trust in 1999 where David’s influence really began to be felt.

Until 2002 maternity services in Hull had been run from pre-war facilities. Neonatal services, intensive care, gynaecology and operating theatres were located on separate sites. Services were fractured across the city, posing an operational headache and safety issues for women.

David lobbied to integrate services at the Hull Royal Infirmary site and negotiated a PFI agreement enabling a new hospital to be built. Seven thousand babies a year are now born in the Hull Women and Children’s Hospital. Midwifery led care is promoted within the unit, while operating theatres and neonatal services, including intensive care, are all located in the same building. The transformation of care for women cannot be underestimated.

David has also enjoyed a key role in the transformation of care at Castle Hill Hospital in Cottingham. In the 1990s, local cancer patients were being treated in outdated facilities with Nightingale wards, no individual cubicles, and shared toilet and shower facilities.

David’s strong relationship with consultants, scientists and nursing teams meant that he could bring them all together to design a facility that is the envy of the world. The Queen’s Centre is now an icon of the local landscape, where cancer patients are cared for with dignity and can relax with stunning views of the countryside. Facilities are state-of-the-art, treatment space is much extended, and a range of treatment and emotional support services for people at all stages of their cancer journey are now available under one roof. David even managed to arrange for HM The Queen to conduct the official opening.

Furthermore, David drove the construction of a world class research facility at Castle Hill. He co-ordinated discussions between the NHS, the University and a charity appeal to raise funds and, since 2000, the Daisy Charity has raised more than £16m to fund research and state-of-the-art equipment and facilities, giving patients faster, more accurate, diagnosis for cancer, heart disease, and dementia.

“David has worked tirelessly over his career to enhance Hull’s place in the national NHS arena and I think his dedication to this is unrivalled. In my time he has been crucial to the development of the local Queen’s Cancer Centre, the Cardiothoracic Centre, the postgraduate medical agenda locally and a number of local charitable enterprises including the Daisy Appeal. Much of the credit for the Daisy Appeal’s success must go to David who has bought together the Charity, the University and the local NHS in a way that has allowed it to flourish.

“I have spent 40 years working in the NHS and have not come across anyone as hard working and modest as David is. He is thoroughly deserving of national recognition for his fantastic efforts.”

“I am so thrilled for David. He has demonstrated the highest level of public service for so many years and given dedicated service to making the lives of patients in our care as comfortable as possible. His work to secure charitable donations has been instrumental in delivering significant investment in the hospital.

“The news about David’s well-deserved honour will be widely celebrated in the trust and wider community.

80-year-old dedicates over 35 years volunteering for the police

Salon’s sporting heroes double their money for the Daisy Appeal

Has your pooch got what it takes to be Dove House’s Next Top Dog-el?!