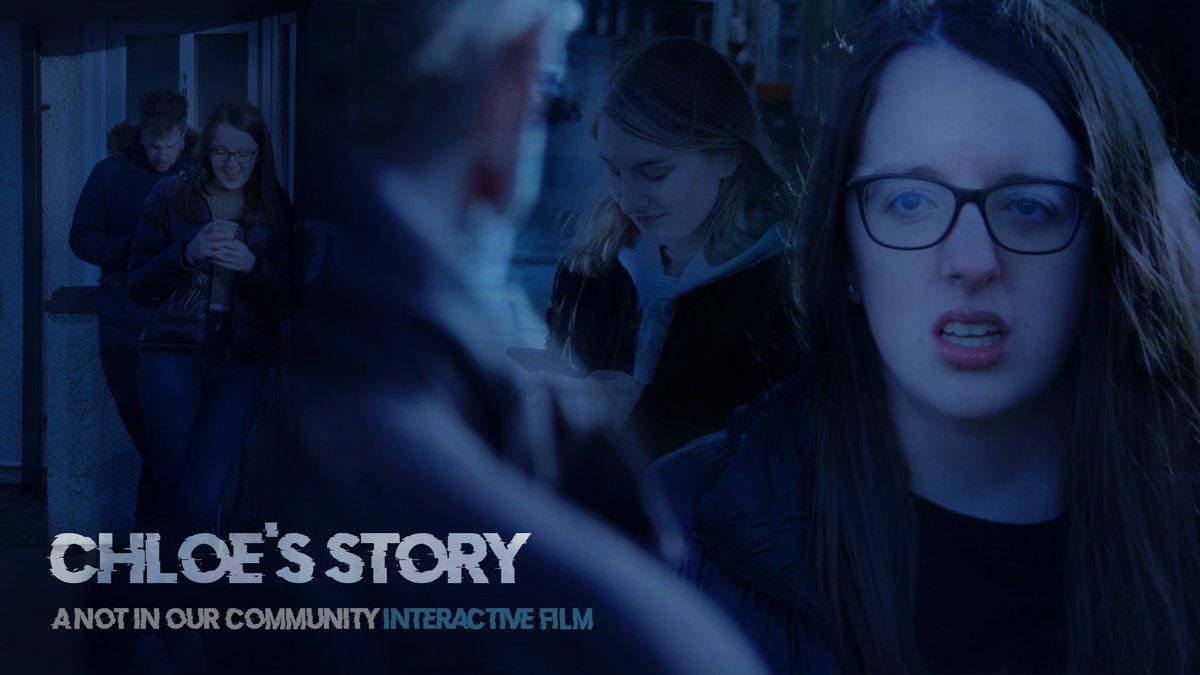 Now in its sixth year, Child Exploitation Awareness Day is being marked by activities throughout the UK to raise awareness of the risk of exploitation to children and young people.

Here in East Yorkshire and Northern Lincolnshire a new interactive film exploring the risks of online grooming has been launched.

The hard-hitting film, which follows the story of Chloe, was commissioned by North East Lincolnshire Council’s Young and Safe & GRAFT teams and was delivered through Not In Our Community on behalf of the Office of the Police and Crime Commissioner for Humberside.

Local actors and officers from our Protecting Vulnerable People Unit star in the film which was co-written and produced by John Gilbert, Managing Director of Eskimosoup. The soundtrack which features in the film was made by young people with the help of Beats Bus.

In the film, Chloe and her best friend are contacted by an online predator, and viewers can make choices on behalf of the central character. The storylines are based on real life experiences of young people in our area and the writing team, including our own officers in the Protecting Vulnerable People Unit.

Detective Chief Inspector, Phil Booker said: “It’s absolutely vital that children, young people and the wider community are able to recognise the signs of grooming and child exploitation. The hope is that Chloe’s Story will do just that and give young people the knowledge and confidence to speak up and get help.”

Councillor Ian Lindley, portfolio holder for children, education and skills at North East Lincolnshire Council, said: “This film highlights the very real dangers facing young people who are using social media regularly and emphasises the decisions that young people can make to avoid getting into situations like this, as well as how best to seek out support.

“I would like to thank those involved in making the film and note the incredible local talent involved.”

Humberside Police and Crime Commissioner, Keith Hunter, said: “Chloe’s Story is the latest in a series of resources produced through Not In Our Community to engage and protect young people. I am pleased North East Lincolnshire Council have commissioned this work and I hope it will be shared widely to raise awareness of the dangers of online grooming. It is an excellent resource for teachers, parents, carers and most importantly, young people themselves.”

John Gilbert, Managing Director of eskimosoup, said: “The reaction we’ve had from the film has been stunning. Not only do people love the interactive nature, but it proves once again that when young people lead on a project you will create something that young audiences trust and want to engagement with.”

One of the young people who co-wrote the film and soundtrack, said: “My eyes were glued to the screen when I first watched the film back. I explained the storyline to my mum as we watched it. I really enjoyed being involved in the project, doing the music and writing the scripts.”

Founded in 2014 and funded by the Office of the Police and Crime Commissioner for Humberside, Not In Our Community is a campaign that uses media to help young people protect themselves and their friends from grooming and exploitation.

Watch Chloe’s Story below and take part in the interactive film here.https://www.youtube.com/embed/G95hPxH8tzw?enablejsapi=1

80-year-old dedicates over 35 years volunteering for the police