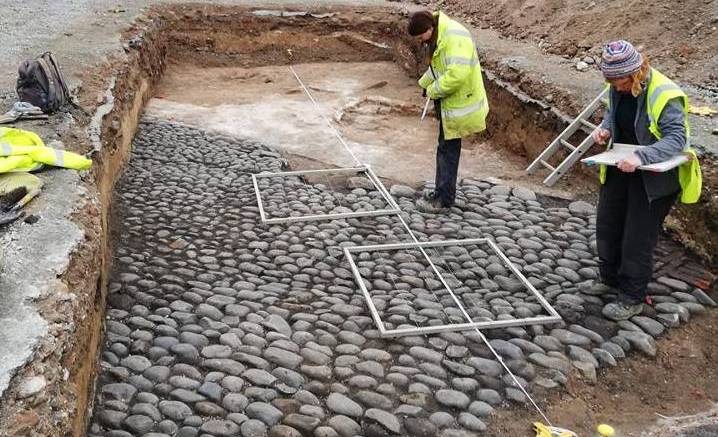 Work will now begin on the South Blockhouse Project, which sees the Council’s in-house archaeologists, Humber Field Archaeology, deliver a community archaeology programme including archaeological works and the creation of a visitor attraction, on the site of the 16th century South Blockhouse fortress.

Located on the east bank of the River Hull, the South Blockhouse is a scheduled ancient monument of both national and local importance, unique in its cloverleaf design and rare layout as a self-contained fort. Its construction was ordered by Henry VIII in 1541 to support military campaigns and to protect Hull as a vital port from internal and external threats, working as one element in a larger scheme of state-of-the art defences.

“It’s great that Hull residents can be directly involved in giving this historical site a new purpose – what was once a vital line of defence to protect the city will now be a place of education and will offer exclusive archaeological opportunities.

“This project has already revealed exciting and previously unknown history about our city and we’re confident it will become a popular visitor attraction in its own right.

“Thanks to support from National Highways this underdeveloped, yet important point of interest will be conserved to raise awareness and reveal more about its past and its role to protect the city.”

“Our work aims to go above and beyond building, operating, maintaining and improving roads.

“As we have been doing at the city’s Trinity Burial Ground with our archaeology work, preserving the area’s cultural heritage for future generations is extremely important. So, we’re delighted to be funding work which will soon start on uncovering the history of this amazing Tudor blockhouse to the local community.”

The project will build upon previous community archaeological investigations, the latest of which not only revealed the monument’s cloverleaf walls and accompanying gun emplacements, but also saw archaeologists uncover a large section of an ancient cast iron cannon. The project will also endeavour to unearth history of the wider area, using physical and digital interpretation.

“The South Blockhouse is a nationally important site, part of the much bigger Citadel. We will be happy to assist with a project which brings opportunities for public participation and raises the profile of heritage in Hull.”

Following the excavations, the site will be transformed into a permanent visitor attraction to showcase the monument’s national importance and its role in Hull’s history. Designers will begin work on options for the attraction early in 2022 and public consultation will take place in spring 2022, before a decision on the final design is made.

Project timelines to be expected are as follows:

National Highways manages four designated funds, allocated by the Government, to deliver benefits above and beyond building, maintaining and operating England’s strategic roads.

From protecting the environment and enhancing the landscape around roads, to improving safety, reducing congestion, and supporting communities, the aim is to make a positive difference to people’s lives.

Find out more information on National Highways’ designated funds.Click here to find out more about the ongoing A63 Castle Street major project

Keeping you safe in North Hull