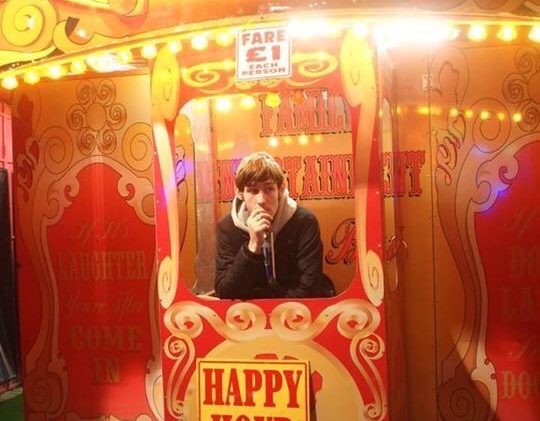 This carnival of merriment is the largest travelling fair in Europe and one of the oldest – the fair celebrated its seven hundredth anniversary in 1993. The first charter granting permission for a fair to be held, from 9 to 23 March, was granted in 1278. The anniversary celebrated by Hull City Council dates from1293, when Edward I allocated six weeks in May and June for the festivities. By the 16th Century the festivities had become a 16-day fair, with 20 September as the start of the annual feast after an additional Charter was granted by Charles II.

The change in the calendar

Local tradition states that the changing of the calendar in 1751 led the locals to believe the loss of eleven days affected their fair. ‘Give us back our eleven days’ was the cry as an enraged mob charged around the streets of Hull, calling for the return of their eleven day festivities which they believed to have been lost due to the calendar change. The outraged masses got their wish and from that year onwards 11 October, or the Friday nearest to it, became the official date for Hull Fair.

The original function of the fair was as a market, with economics and trade being the dominating functions of the medieval event. Over the years it has undergone many changes, with merriment and entertainment becoming the focus of the festivities. In the 18th and early 19th Century the fair was dominated by jugglers, theatrical booths, puppet shows and the famous Bostock and Wombwell’s Menagerie, which introduced the people of Hull to their first sights of wild animals.

The introduction of mechanisation in the 1870s brought new life to the fair and, in a period when many historic fairs were lost with the passing of the Fairs Act in 1871, the people of Hull remained loyal to their annual feast. Over the centuries a series of locations throughout the city have been the venue for the annual fair. In 1815 locals attending the event – held in Nelson Street, Wellington Street and Queen Street would have gazed in wonder at William Bradley, the Yorkshire Giant.

During the 1800s the fair was held at a variety of locations, ranging from the Market Place to Brown Cow field outside the town, with it eventually moving to Park Street in 1865 on the Corporation Field. Although the fair prospered on this site, the local change in location would destroy the fair and affect the business because people would not know where the fair was being held.

According to fairground tradition, one of the prominent showmen who attended Hull Fair came up with a way to bring people to the new fairground. Randall Williams, a Leeds based showman who had regularly visited Hull Fair with his Ghost Show, came up with a novel idea to draw the crowds. From the site of the old fairground on Park Street he arranged for a funeral cortege on a lavish scale. According to the Williams family tradition, this consisted of an elaborate cut glass hearse, pulled by four black Belgian horses and accompanied by mutes and weepers, the public mourners favoured by the Victorians.

The parade left Park Street and travelled through the streets of Hull, followed by large crowds of people, curious to know who warranted such a funeral. Finally the procession came to Walton Street and Randall Williams leapt from the back of the carriage, bowed to the assembled crowd and announced: ‘Now you know where Hull Fair is!’ Little wonder he was known amongst his contemporaries as the King of Showmen.

By the 1890s the new fairground flourished and the popular circus and illusion shows competed with the increasingly fashionable steam-powered roundabouts. Punters visiting the fair during this period would have perhaps enjoyed a ride on Green’s Switchback Gallopers, Marshall’s Bicycles or Tuby’s Galloping Horses. Those who preferred the then traditional attractions offered by the exhibition shows would have attended Proctors and Baileys Circus or William’s Ghost Show. In 1897 a new attraction brought the crowds flocking down to Walton Street when Randall Williams advertised ‘living pictures’ in his converted Ghost Show. By the turn of the century these elaborate bioscope shows dominated the landscape of Hull’s annual fair, with no fewer than seven or eight of them in attendance.

The 1908 fair saw 27 railway excursions bringing over 12,000 to the fair that year and the widespread use of electricity by the showmen led the World’s Fair, the showmen’s newspaper, to describe the annual feast as Light City. In the years leading up to the First World War, visitors to the fair could either ride the roundabouts, visit the menageries and cinematographs, or gaze in wonder at the Elephant Boy presented by the Chipperfield family in 1912.

Like most traditional fairs throughout England, during the war years Hull Fair was cancelled and was not revived until hostilities had ended. The 1919 extravaganza was bigger and better, with over twenty rides which included a selection of Galloping Horses, steam yachts and five electric scenic railways. With the cacophony of sound produced by the fairground organs, which could be heard throughout the ground, Hull Fair was not only the largest fair in England but also probably the loudest! The period between the two wars saw the introduction of many new rides with old favourites such as the Scenic and Switchback being replaced by the then modern Noah’s Arc, the dodgems and the Swirl.

Over the years the event has increased in size and each successive generation of fair goers all have their favourite memories of Hull Fair. In years to come people will remember the excitement of the Top Spin in the same way their grandparents reminisced about attending the shows or riding the Shamrocks.

The last century has seen many changes at Hull Fair with each year bringing new and wondrous delights for those who attend the annual carnival. Fashions come and go on the fairground with the showpeople keeping one step ahead of their competitors and vying with each to bring the latest attraction to the October fair. But as Hull Fair returns every year, the same thing is true now as it was hundreds of years ago, the people of Hull look forward to October long before it arrives. Let’s hope they continue to do so for many years to come.

“Help us keep frontline staff caring for the sick”

University of Hull celebrates their partnership anniversary with Team GB by announcing Max Whitlock, double Olympic champion, will be their lead Ambassador