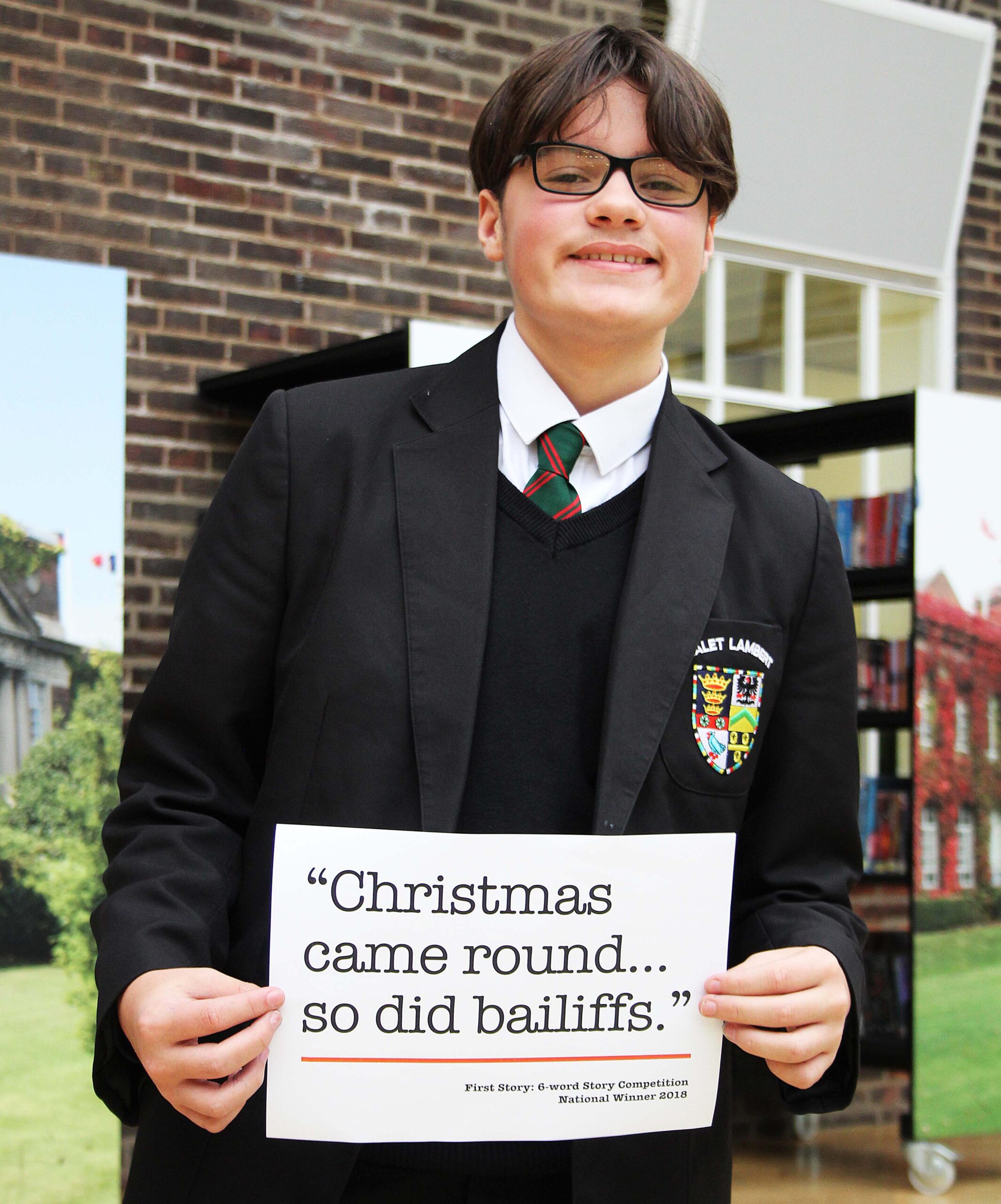 When English teacher Mrs Thompson picked a shortlist of story entries for a national writing competition last month, she had no idea she was entering a winning creation.
Pupils from across the year groups at Malet Lambert entered the First Story 6-Word Story Competition, where entrants aimed to tell a complete story in just six words.
Year 10 pupil Kingsley Campbell-Carter, 14, was the overall winner from thousands of entries nationally with his alternative festive story: “Christmas came round…so did bailiffs.”
He said, “I can’t believe I won the whole competition, I really didn’t expect it.
“When I heard about the competition I thought it sounded really interesting and decided to enter.
“I wrote a few different stories to put forward and my aim was to be funny with them, which is hard in just six words.”
Kingsley will now see his short story printed on First Story pencils, a batch of which will be sent to Malet Lambert.
First Story is a charity that promotes literacy and creative writing amongst young people, by pairing schools with published writers to create their own novels and poetry collections.