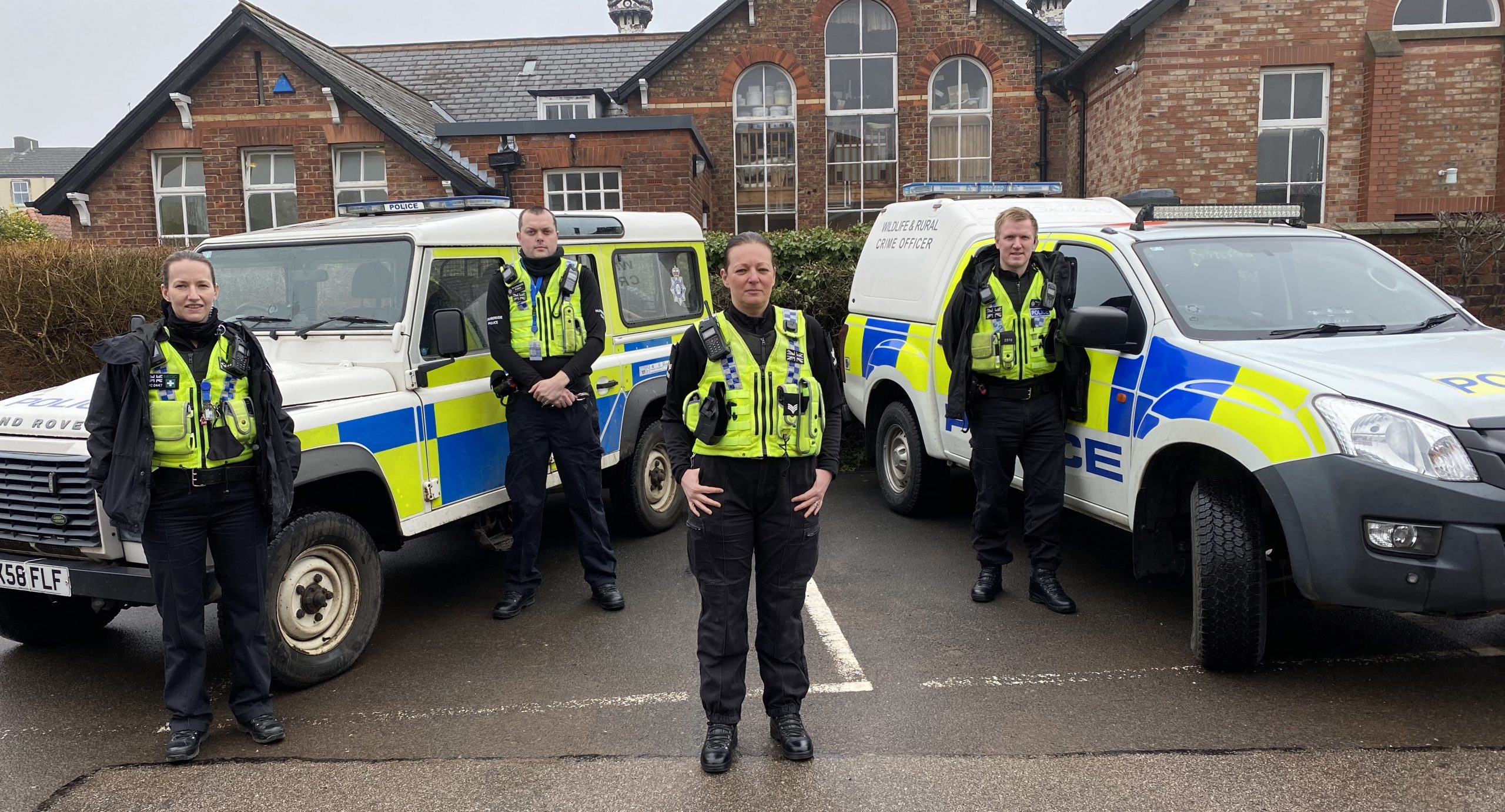 Humberside Police have set up a new dedicated unit focusing on tackling rural, wildlife and heritage crimes within the East Riding of Yorkshire.

The Rural Task Force will be based at Driffield Police Station, ideally placed within the ‘Capital of the Wolds’ and will consist of four police constables and one sergeant.

The team will be targeting those who chose to commit crime within our rural communities.

The Inspector leading the Rural Task Force is Neighbourhood Police Inspector Jon Powell, he said, “Over the years Humberside Police have worked tirelessly to tackle rural crime and help to make our rural communities feel safer.  This new team will focus on disruption of criminal activities, apprehension, arrest, charging and prosecution of offenders.

“All with the aim of deterring others from committing similar offences.  This will send out a clear message that rural, wildlife and heritage crime will not be tolerated.

“The team will be building on existing relationships with local rural communities, groups and businesses which will develop and support them in tackling crimes that affect them most.”

The Rural Task Force will continue the pro-active work already undertaken by our community teams who are targeting hare coursing and poaching, marine wildlife disturbance, raptor persecution as well as offences around hunting with dogs, badger baiting and heritage crime.

There is also a focus on supporting and co-ordinating disruption around plant and agricultural theft and associated crimes.

The Rural Task Force will be working in partnership with Humberside Fire and Rescue utilising the latest drone technology to achieve best evidence of hunting and poaching offences, and also East Riding of Yorkshire Council with further enforcement opportunities around Community Protection Warnings and Notices for those who commit wildlife crime within our area.

A close working relationship has already been established with neighbouring forces and the Rural Task Force intend to continue this with increased sharing of intelligence and information to target those who travel across the border to commit offences.

The new Rural Task Force is a team of both experience and new ideas.  Clearly proud to be chosen to be a part of this team we hear about them and their enthusiasm for wildlife and rural crime issues.

I moved to Pocklington as the Neighbourhood Beat Manager in 2013. During my time there I covered both Pocklington Provincial and Market Weighton & Wolds. Linking frequently in with North York’s on our border.

Whilst I was the Neighbourhood Beat Manager I completed advanced investigation training and in 2016 my National Wildlife Officers Course.  I have completed joint operations with RSPCA, Humberside Fire and Rescue, North Yorkshire Police and gained connections in the community including Farming and Town Councils. I was promoted as Sergeant to Patrol Bridlington in 2017.

I love rural life and am proud to police the spectacular East Riding of Yorkshire.

I find the role an exciting opportunity to reconnect with rural community, focusing on key issues in our community, supporting crime prevention and actively targeting persons committing rural crime.

“In July 2020 I was appointed the Wildlife and Heritage Crime Officer to cover the East Riding of Yorkshire.

“I am happy to have helped Humberside Police become one of the top performing forces for prosecutions in areas such as poaching and illegal hunting.

“When I became the Wildlife and Heritage Crime Officer last year my ambition was to have a rural task force. I am delighted to see it coming into fruition now and to be a part of it. When asked how a Wildlife and Heritage Crime Officer helps our local residents he said, “We rely on our residents to inform us of the problems they are facing.  The neighbourhood teams are the ones out and about in our communities day in and day out and now we as a team are able to support them by receiving their information and intelligence and acting on that information to make our rural communities safer for everyone.

Tackling Rural and Wildlife Crime has always been a passion of mine, working in partnership with the rural community involving Farm Watch, RSPCA and fellow colleagues within North Yorkshire Rural Taskforce.

Personally I have a great passion for the outdoors, spending a lot of my free time within the countryside participating in various outdoor activities.

Being part of the Rural Task Force will allow me to part of a specialist team that can be dedicated to disrupting, prosecuting and deterring those who chose to commit rural, wildlife and heritage crime within our countryside.

“Having joined through the Police Now programme I was placed directly into a Neighbourhood Police Team and predominantly covered the Beverley Rural ward as a Community Beat Manager.

“Early into my service I completed the wildlife officer course to improve my knowledge and skills in this area.

“Since completing the course I have assisted in operations designed to tackle rural crime, poaching, and heritage crime and this role in the rural task force is an exciting opportunity to expand on this.”

The fifth member of the team is yet to be confirmed – watch this space!

Please keep up to date with the team’s activities by following the hashtag #RuralTaskForce and our social media platforms on Twitter @HPWildlifeRural @Humberbeat_ERYN @Humberbeat_ERYS @Humberbeat_ERYW on Facebook look out for activity in your area on your local pages Humberside Police East Riding of Yorkshire North / South and West.

There is more information about how we tackle rural crime with lots of prevention advice on our website: https://www.humberside.police.uk/wildlife-and-rural-crime

Fifty hospital staff support WISHH ‘By Your Side’ Appeal