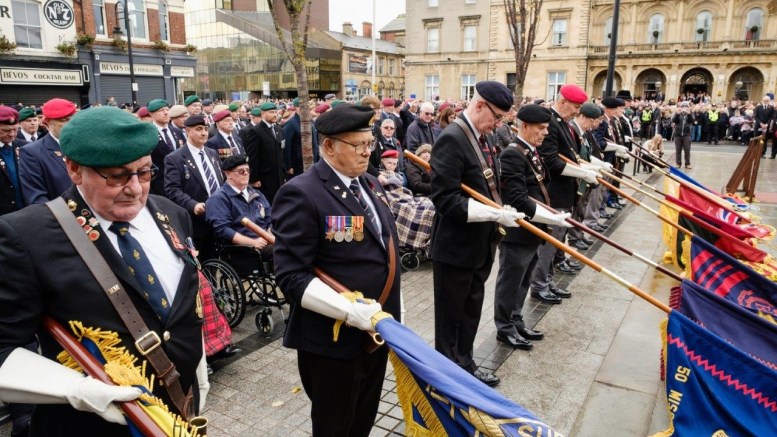 Hull remembered the millions of people who lost their lives in the First World War, and subsequent conflicts, this Sunday, on the 103rd anniversary of the 1918 armistice.

At 10.30am on Sunday 14 November, a parade left from Pease Street and traveled to the city centre Cenotaph before the annual service of remembrance took place at 10.55am. A two minute silence was held at 11am.

The Service of Remembrance was conducted by The Right Reverend Alison White, Bishop of Hull.

Following the service, the Lord Mayor and Admiral of the Humber, Councillor Lynn Petrini, took the salute at the march past. The march past involved members from a number of veterans associations alongside serving members of the armed forces, St John Ambulance and the blue light services the parade was led by the Humberside Police band.

“The service is open to all to attend and has attracted up to five thousand people in the past. This year it’s important we respect and take care of each other, following the Government covid 19 guidance by wearing a mask in crowded places, wash and sanitising hands regularly and taking regular no-symptom tests.

“Now over 100 years on, it is moving to see so many pay their respects to the millions that have given their lives during conflict.”

Alongside the service, from Thursday 11 to Sunday 14 November, visitors to the city centre will have the opportunity for a moment of reflection and remembrance in Queen Victoria Square as the buildings come to life with a poppy-themed lighting show.

Hull local elections 2021: as it happened