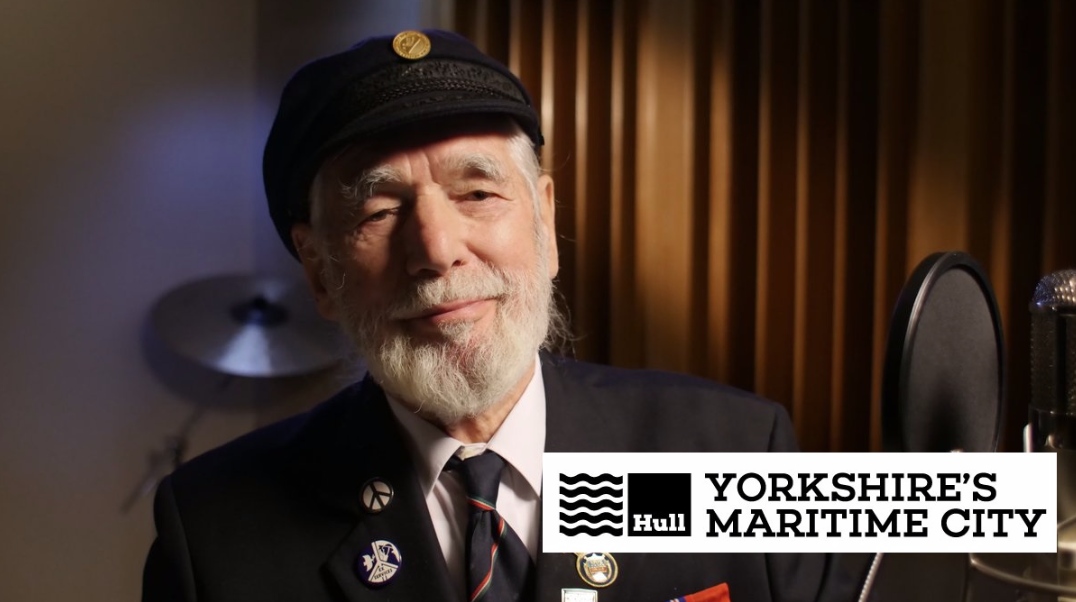 D-Day war veteran, Jim Radford, will talk about the biggest untold story of WW2, the T124T aka the Tatty Mob, the wartime Naval Rescue Tug Service.

Believed to be the youngest surviving fighter from the D-Day landings, Jim will discuss his experiences and perform some of the songs of the Tatty Mob, at Ferens Art Gallery on Saturday 28 March, from 2pm.

The Hull-born veteran was just 15 when he took part in D-Day on what was his first trip to sea, he sailed out of Hull in the Rescue Tug ‘Empire Larch’ in 1944. Jim, a folk and shanty singer, served as a galley boy on board a deep-sea tug where he helped to construct artificial harbours in northern France.

So many Hull men joined T124T that they called it ‘The Hull Navy”. The Battle of the Atlantic would have been lost without them but wartime secrecy has meant that few people know what they did and just how crucial their role was.

Councillor Daren Hale, Portfolio Holder for Economic Investment, Regeneration, Planning, Land and Property, said: “Jim is an inspiring individual with a fascinating story to tell. This is a great opportunity to hear his account of serving the country alongside other courageous Hull seafarers.”

Jim is a regular attender and performer at maritime and folk music festivals around the UK. Jim also remains actively involved in the British section of the Veterans for Peace organisation.

In October 2015 he was appointed a Chevalier of the Légion d’Honneur by the French Republic “in recognition of… steadfast involvement in the Liberation of France during the Second World War”.

To book a place, visit www.eventbrite.co.uk/e/jim-radford-and-the-wartime-naval-rescue-tug-service-tickets-92686073541?aff=ebdssbeac.

A copy of his book will be on sale in Ferens Art Gallery for £25.