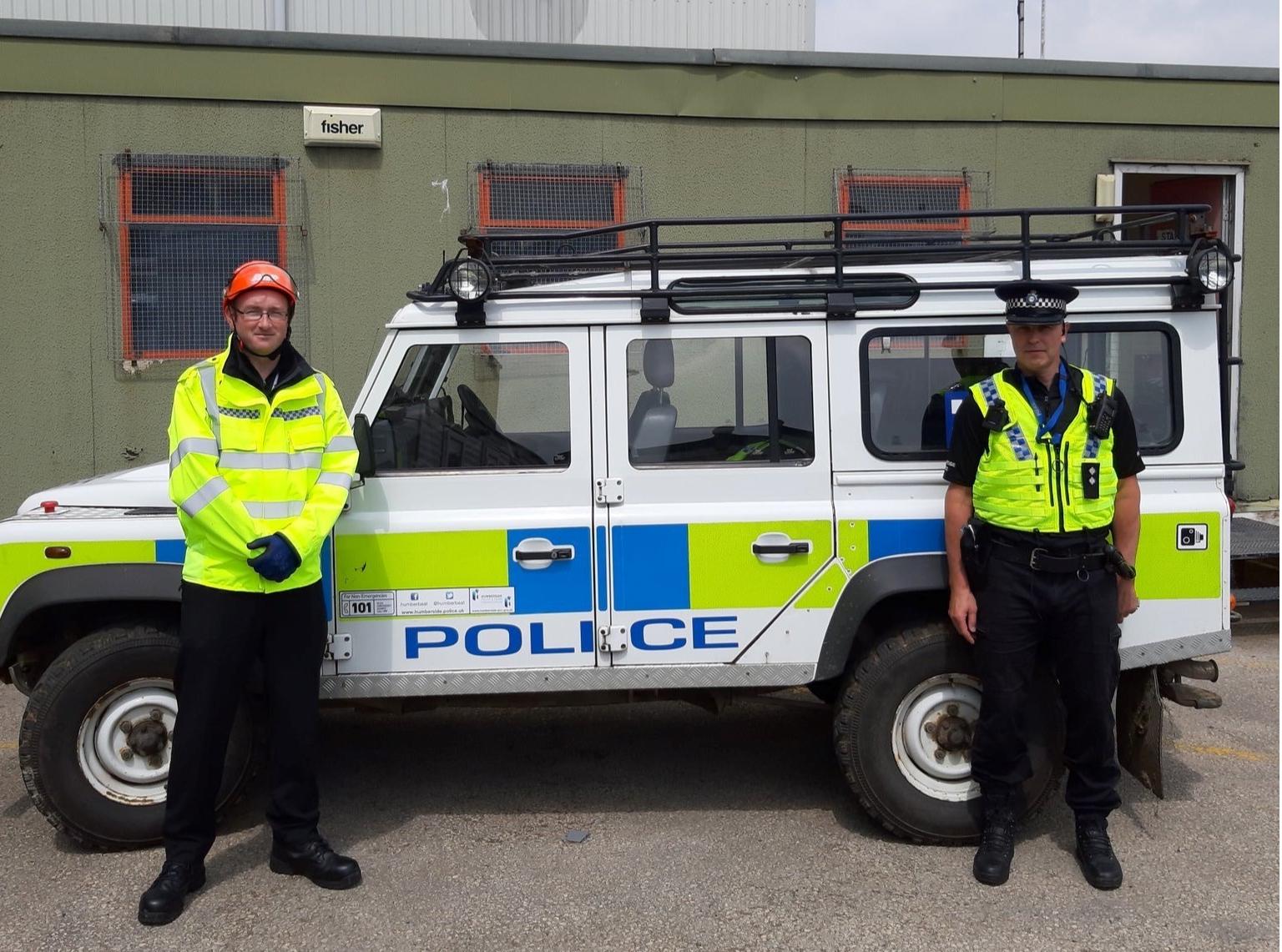 Through every step of Operation Galaxy, our Special Operations Unit (SOU) have had their hand in the action. SOU covers our Roads Crime and Roads Policing units, firearms, dogs and marine, meaning they can be deployed across land and sea, on a wide variety of jobs from drugs warrants, to stolen goods seizures.

“The team tap into our Intel, neighbourhood and patrol teams to build up intelligence on offenders, their vehicles and common driving patterns, and swoop in using high powered vehicles to stop suspects in their tracks.

“Roads Crime is a new addition to the force, having only started six months ago, however, they’ve played a big part in the expanded Op Galaxy action since it started six weeks ago.”

Scunthorpe CID and our Roads Crime Team worked together to catch and charge a burglar who admitted sneaking into an elderly couple’s house in Scunthorpe and stealing cash on Friday 29 May.

The investigation team provided the Roads Crime Team with the information that allowed them to track the suspect down in his van heading on the A645 to Eggborough, arrest him and recover the £1,500 cash he had stolen from the vulnerable couple.
Across the river in Hull, a 22-year-old man and 23-year-old man, both from West Yorkshire, were stopped on Chanterlands Avenue and arrested on suspicion of possession with intent to supply Class B drugs. The 23-year-old man, was also arrested on suspicion of driving under the influence of drugs.

The two men failed to stop for the Roads Crime Team and it was reported that the younger man attempted to run away from the vehicle, throwing away a large bag. The man was quickly detained and the bag was recovered, which was later found to contain cannabis.

You can find out more about this team here.

Our very own Scooby Doos, the police dogs, have been sniffing out criminals on the roads and at properties where we’ve executed warrants.

Chief Inspector Glansfield said: “With the help of our dogs’ superior noses and instincts, we’ve been able to take millions of pounds worth of drugs, including cannabis and cocaine, off the streets, uncover stacks of cash made from illegal activities and prevent weapons such as imitation firearms and knives from being used to cause harm.”

The Marine Protect Team and Regional Under Water Search team have also been deployed to support on the water from the start of Op Galaxy.

Chief Inspector Glansfield said: “At the start of the operation, Marine Protect engaged with the community at marinas and harbours, making sure they were aware of what Op Galaxy action would be taking place, and gathering any information that could prove helpful to the wider operation.

“Following regular patrols of the estuary, a man was arrested and subsequently cautioned for canoeing across the mouth of the estuary within the shipping lanes.

“Across the duration of Op Galaxy, with the support of Associated British Ports, the team have undertaken days of action at various ports in the force area, such as Hull and Immingham. These have resulted in over 300 stops of vehicles passing through our ports. Some passing through to the continent and others collecting and dropping off from within the UK. These stops allowed for engagement with the port community and developed and several intelligence reports submitting for further development regarding organised crime and vulnerable people.

“Finally, although we have not needed any firearms deployed as part of Op Galaxy as of yet, our trained officers have provided a ‘ring of steel’ around addresses we’ve undertaken warrants, helping to guard the areas and provide reassurance patrols around the areas to inform the community of what’s been going on. They have supported the command team on all parts of the operation, from intelligence gathering to high visibility patrols to deployment of other specialist officers.”