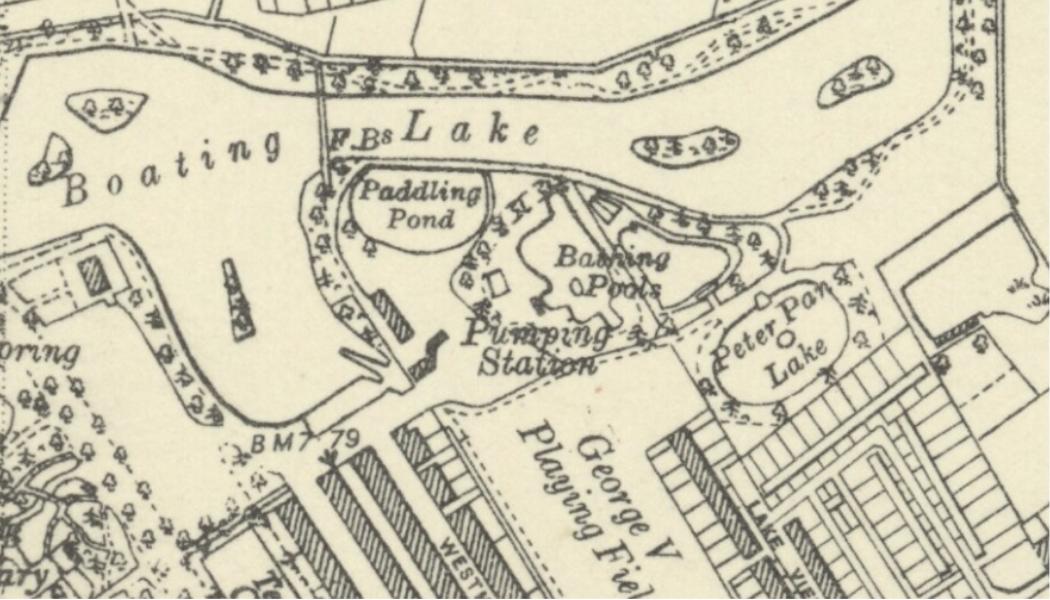 News was recently announced at new investment at the Albert Avenue Swimming Baths, in a bid to renew the pool and add new facilities to the currently leisure facilities on offer. With this story in the news, I thought I would look back at the now lost “Peter Pan Pools,” of which the city had several.

Peter Pan was a fictional character created by J. M. Barrie and first appearing in print in 1902 in the book The Little White Bird. The book, along with subsequent stage plays, books, and articles created a buzz in Hull about Peter Pan, and it didn’t take long before the Hull Corporation Parks and Gardens Committee got in on the act and began opening “Peter Pan Parks” across the city.

On Monday September 17th 1923, it was announced that the Hull Corporation Parks and Gardens Committee had met to discuss creating a “Peter Pan Park” at East Park. The park would be a park within the park, and consist of a space for young children aged 14 and under. Inside this park would be a “Peter Pan Lake,” which would include specially designed boats that would be big enough for children but too small for adults. Initially these boats were to go on Ferens Boating Lake, but the lake was deemed too deep for small children. The idea proved so popular that by Monday October 1st 1923 it was announced that Peter Pan Parks would be created in every Hull Park and for a penny a week the boats could be hired and used every day. The East Park Peter Pan Park and Boating Lake was situated at the rear of the park near to where the animal sanctuary stands today.

While the Peter Pan Pools were initially earmarked for the use of small recreational boats, the children of Hull soon took to them, like ducks to water, and used them for swimming and paddling during the warmer summer months.

Such was the popularity of the East Park site; Peter Pan Parks were also developed in other Hull parks, at Costello Stadium which was created in 1929, and at Pearson Park.

In 1930 it was recorded that 300 children had used the facilities including a small boating lake, and games, over the Bank holiday weekend. During the war, when money was tight, Hull’s Peter Pan Parks seemed to slow down in popularity, but after the war was over it was revealed that on average around 300 children per weekend were using the Peter Pan Park.