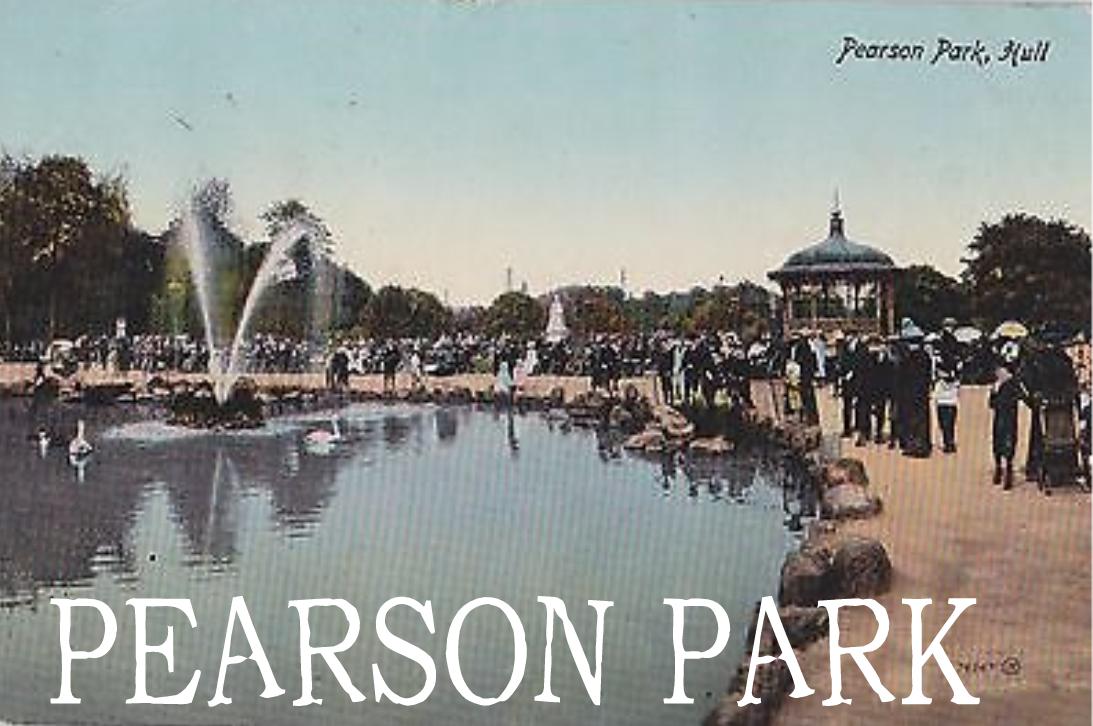 Pearson Park, the first public park in Kingston upon Hulllies about one mile (1.5km) northwest of Hull city centre and opened in1860. It was created from 27 acres of land donated to the city by Zachariah Pearson (1821- 1891), a wealthy ship owner and the Mayor of Hull.

The park was designed by James Craig Niven, curator of Hull’s Botanic Gardens. At this time, the land lay outside the urban growth of the town, close to the hamlet of Stepney

By providing this ‘People’s Park’, Pearson aimed to provide recreational space, with fresh air for the good health of the working population as industry and urban sprawl increased.

The grand opening of Pearson Park took place on 28th August 1861. Special boats and trains were laid on and it is estimated that some 30,000 people from across the north of England attended the opening. An organised parade stretched for two miles from The Station Hotel to the park with brass bands and carriages of dignitaries. Pearson retained 12 acres of land for building ‘villa’ residences, with a broad carriage drive running around the perimeter. By creating high-quality houses around the park, he hoped to encourage wealthy citizens to stay in Hull and further its wealth. Attractions included hot-air balloons and displays of gymnastics. After the handing over of the deeds, the first tree was planted, a Wellingtonia Gigantea (Giant Redwood) by Zachariah Pearson. This was followed by a banquet and fireworks.

This iron drinking fountain was created in 1861. In 1862, a rockery and a fountain were moved to the park from the Hull Zoological Gardens, which were closing. Other rocks surrounding the lake were believed to be donated by local ships’ captains in 1867, having been dragged up in trawler nets.

It is thought that some features of The Folly (The Ruins) came from Holy Trinity Church and some from a York church and when it was being transformed.

This iron bridge across the lake was removed during World War Two, in order to provide steel for the war effort. Also removed were the band stand, the park gates and the railings. Nissen huts and air-raid shelters were built in the park during World War Two and were removed in 1954. Part of the park’s serpentine path system was destroyed during these modifications.

The cupola was originally built in 1862-66 and was re-erected in the park in 1912. It was rescued from Hull’s demolished town hall on Alfred Gelder Street which was then replaced by The Guildhall.  It was designed by Cuthbert Brodrick (1822-1905), the architect of Leeds Town Hall in 1868.

The 1930 Victorian style Conservatory replaced the original one built in 1891. Fountains were installed in the lake in the late 19th century and in 1956 a bowling pavilion was built to replace the previous one. A café was also built on the site of the aviary and the tennis courts were replaced with a children’s playground in 1950. This  was updated in 1990 but there is still a rock pile with passages through it that has been there for over 60 years.

A monolith with a plaque commemorating Zachariah Pearson (1897) stands in the gravel area between the lake, cafe and rose garden.

Between 1863 and 1900,  the folly, statues of Queen Victoria, Prince Albert and the goddess Ceres were added. A lake, a cricket ground, arbours, pavilions, two aviaries, a bandstand and a conservatory were also installed. Areas were set aside for a bowling green, archery, and gymnastics.

This statue (1863) commemorates Queen Victoria’s visit to Hull in 1854 and was sculpted by Thomas Earle from a single block of Carrera marble. He also sculpted the marble statue of Prince Albert (1868).

This elaborate cast iron gateway (1862-64 is the main entrance to the park and lies at the end of Pearson Avenue on Beverley Road. The arch incorporates Kingston upon Hull’s coat of arms and several motifs, such as an anchor, capstan, and dolphins which refer to the city’s maritime history.

The gates were removed during World War Two. Next to the entrance gates is East Lodge House which was once the home of the park keeper. A Heritage Lottery Fund granted in 2017 is transforming Pearson Park. Cast iron railings will be installed at the park gates and the entrance archway and East Lodge will be restored. Statues and memorials will be refurbished and the bandstand and bridge over the lake will be reinstated. The conservatory will be replaced and the landscape and other features will be improved.

Most of the houses in Pearson Park still remain today including number 64, Zachariah Pearson’s home for 25 years before his death in 1891. Number 32, the home of Philip Larkin is also still standing. He lived in the top floor flat of the university owned house for 18 years (1956-74). It was from this flat that he wrote his poem ‘High Windows’. Four houses in Pearson Park are now Grade II listed buildings.

Thanks to Hull History Centre for permission to use old photographs from the archives.