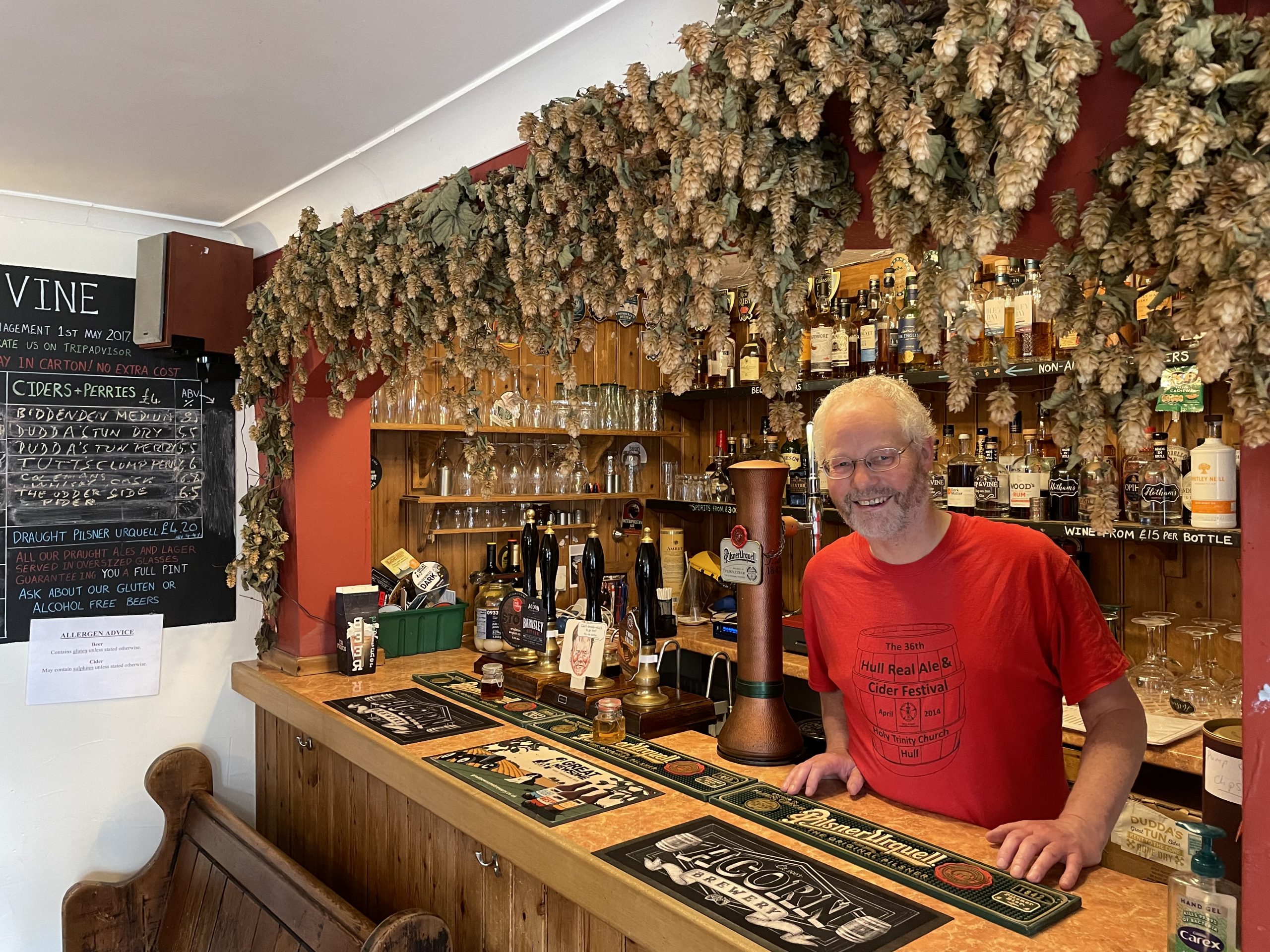 Licensees of two city centre pubs are taking centre stage to bring an array of top tipples to Hull with the inaugural Theatre Quarter Beer and Cider Festival.

Tony Garrett, landlord of the Hop & Vine basement bar in Albion Street, has joined forces with Ian Ibbetson, just round the corner with Chilli Devils @ New Clarence in Charles Street, to present a 10-day celebration of real ales and ciders.

Between them they have scoured breweries and cider makers across the country and promise to serve up more than 50 delights during the festival, which will ruin from Friday 30 July until Sunday 8 August.

In addition Tony will offer snacks that go well with beer and cider and Ian will be cooking up assorted varieties of the “chilli-infused world foods” on which he built his reputation.

Tony, a former probation officer, took over the Hop & Vine four years ago and recently hit the headlines as the home of possibly the smallest beer garden in the UK, with just two seats available at the bottom of the steps outside his front door.

Ian built the Chilli Devil Sauces brand in the heat of his kitchen in Arthur Street, Hull, and made the move into licensed premises in 2017 with a tiny bar in Manor Street. He took over the New Clarence at the beginning of September 2020 and opened just as the curfew descended on the licensed trade.

Tony said: “The Theatre Quarter Beer and Cider Festival is a fun way of letting people know that we’re open for business and we’re doing something different. Other people are also planning beer festivals but this is the only one in the city centre before the big one at Hull Minster.

“In the past I’ve had a cider festival and a cheese festival but I’ve never hosted a beer festival. It sounds as though people are looking forward to it. Our capacity is about 35 plus the two seats in our legendary beer garden. Ian has a lot more space and we’re hoping people will visit both pubs.”

Ian embarked on his ambition of growing a great community pub when he arrived at the Clarence and has since completed a refurbishment of the first floor function room and spruced up his beer garden at the back.

He said: “It’s been stop-start since we opened but hopefully the festival will get us going. We couldn’t do anything like this in the old place because we didn’t have the space and we came here with all sorts of ambitions but have had to play a waiting game.

“The function room is attracting interest from community groups, we’re planning to launch a cinema club in there and the facilities also make it suitable for business events and presentations.

“A lot of people have followed us from the bar in Manor Street and we’re very grateful for that, plus we’re beginning to see some new faces as well, which is encouraging.

“The beer festival will give people the perfect opportunity to find out more about both pubs and because it’s spread over 10 days they don’t need to worry about being rammed in at busy times. It’s also an opportunity to attract people into this part of the city centre, which is on the up with some good eateries.”

Kathryn Shillito, HullBID Executive Director, said: “We’re delighted to see two businesses seizing the initiative and working in partnership to come up with an event which has real pulling power for beer and cider drinkers.

“The festival also has the potential to provide spin-offs for other businesses in and around the Theatre Quarter and elsewhere in the city centre and it will complement the other events which are taking place including HullBID’s own Summer in the City programme of street entertainment.”

To find out more about the Theatre Quarter Beer and Cider Festival please visit Facebook.com/hopandvinehull and Facebook.com/ChilliDevils