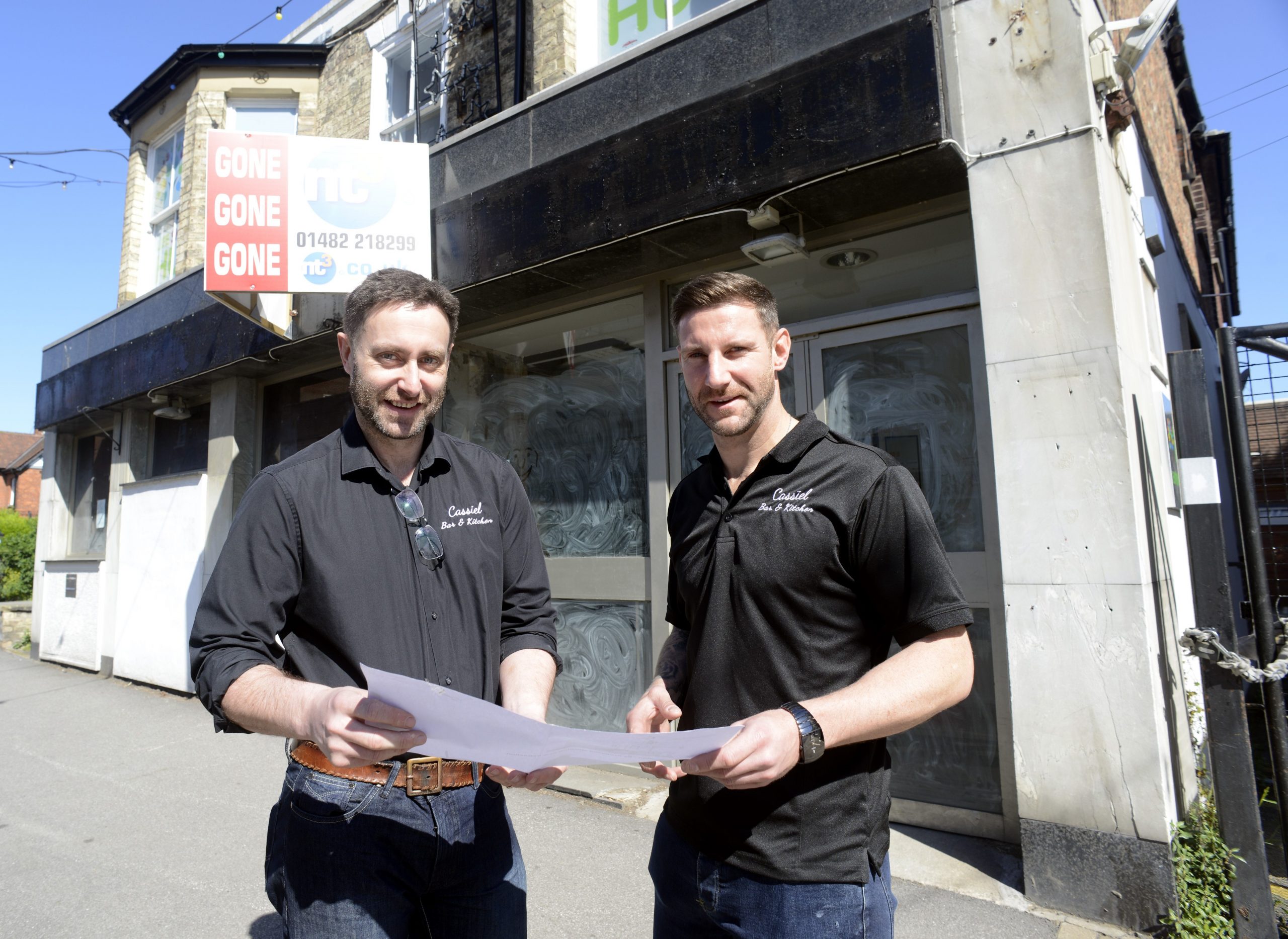 A family which revived its long-term links with the licensed trade to open a café bar in Cottingham, East Yorkshire has literally broken the bank for its latest project.

Chris and Simon Leahy, owners of Cassiel Bar and Kitchen, will open Raph’s Bar and Grill in a former NatWest bank across the road from their existing premises.

The premises are ready to be fitted out following completion of a renovation project which entailed bringing in a specialist team and equipment to convert a vault into a cellar.

Chris said: “The builders had to drill five holes between the bar and the cellar but the walls were about two and a half feet thick with a couple of metal plates as well. They burned out three drill bits but we got there in the end.”

The brothers grew up in Cottingham and were immersed in the licensed trade throughout. Their father, Terry Leahy, and his wife Shirley ran the Tiger in Cottingham from 1977 until 1991. They then took on the Blue Bell for 12 years in 1992, with Terry’s sons living in the first floor apartment as they embarked on their own careers – Simon in IT and Chris in security systems before moving into property and facilities management.

The opening of Cassiel in August 2020 created about 14 jobs and in spite of the stop-start impact of lockdowns Chris and Simon decided to press ahead with phase two of their plans.

They are going through the licensing process now and they plan to open Raph’s Bar and Grill in September, serving, drinks, home-made pizza and made-to-measure steaks, with regular live music and space for up to 60 customers.

The project is expected to create another 14 jobs and will follow the approach taken at Cassiel, with the use of local tradesmen in fitting out the new building and installing a new glass frontage.

Simon said: “Cassiel and Raph’s Bar are all about bringing something new to Cottingham. They’re named after the archangels Cassiel and Raphael and they’re different from the pubs we’ve grown up with in the village.

“We’re not about competing with other venues in Cottingham or with ourselves. We see people leaving Cottingham to visit café bars elsewhere in the Hull area and we want to create something that will encourage them to explore their own village. We’re enhancing the local circuit.

“At Cassiel we’ve also attracted a more varied clientele than you will generally find in the pubs. It has been a struggle because of Covid but we’ve had positive feedback and some great reviews for the food, drink and ambience. It’s different and people like it.!”

Chris added: “Nothing is risk-free and we have taken a bit of a gamble but we believe there is plenty of trade in Cottingham – it’s said to be England’s largest village – and as restrictions ease customers will become more confident and business will increase. “The biggest challenge we face at the moment, in common with the rest of the hospitality sector, is recruiting and retaining staff but we’re optimistic and we hope that the quality of our offer and our working environment will appeal to people looking for work in an industry which has a bright future.”