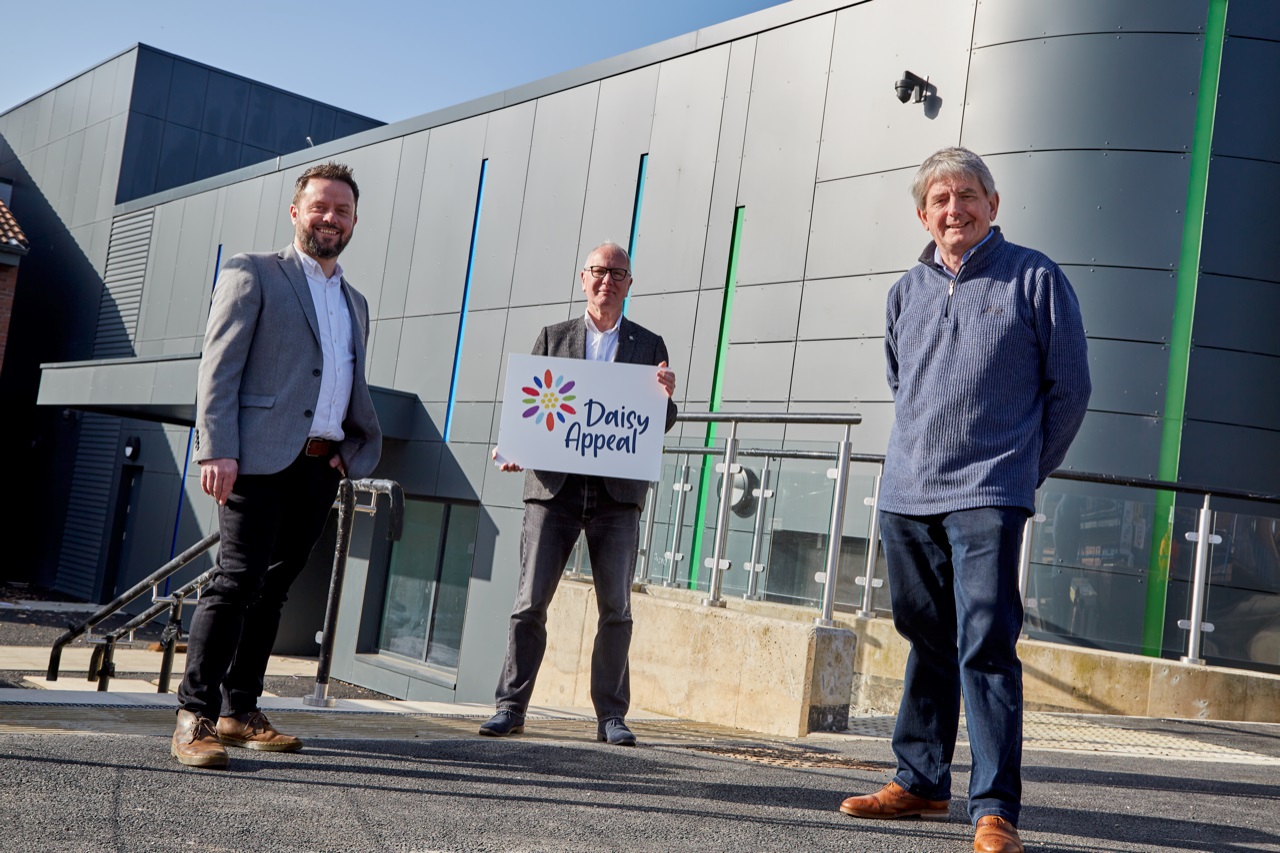 A charity which is working to improve accuracy and detection rates for cancer, heart disease and dementia across the Hull and Humber region has unveiled a dynamic fresh brand as it enters a new campaign phase.

The Daisy Appeal, which is preparing to take ownership in the next few months of the £8.5-million radiochemistry and cyclotron unit at Castle Hill Hospital, Cottingham, has also launched a new website, with e-commerce a key part of a rejuvenated business fundraising drive.

Since it was established in 2000 the Daisy Appeal has raised £20m to fund cutting-edge research and state-of-the-art equipment and facilities. The £8m Daisy Appeal Medical Research Centre opened in 2008 and was followed in 2014 by the £4.5m Jack Brignall PET-CT Scanning Centre.

The charity has now raised £7.5m towards its target for the new MIR Centre, which is currently being built right next to the Jack Brignall Centre and will enable the delivery of radioactive tracers to individual patients quickly and effectively.

As the new building nears completion the trustees brought in Hull-based business consultant Mike Igoe to devise and deliver a new fundraising strategy aimed at securing the support of some of the biggest businesses in the region.

Mike in turn recruited digital creative agency Design Workshop having been impressed by their work on a number of business and consumer projects over more than 20 years.

Ian Croney, Managing Director of Design Workshop, said: “It was felt that as the Daisy Appeal heads into a critical new phase of its fundraising campaign it needed a refreshed brand identity to lift its profile, coupled with a new website and online store.

“We’ve had some involvement with the Appeal in the past and with some of the trustees and their businesses and we’re fully aware of the importance of the charity and this particular project. To have a facility in this part of the country that is world class is something that should be championed.”

The new look draws on the strips of colour on the exterior of the space-age building which has taken shape in the middle of the Castle Hill Hospital site. The brand is currently being applied to the charity’s newsletter and other collateral and will also be fixed to the landmark tower at the top of the Medical Research Centre

Ian and his team have also developed a range of Daisy Appeal merchandise which is being added to the new website, with an online shop alongside sections telling the story of the charity, its supporters and cancer patients who have benefited from its work.

Mike said the initial target is to bring in the remaining £1m to cover the build and fit-out, and then to tackle the ongoing costs of operating the new facility and continuing vital research.

He said: “The new campaign will try to reach the communities of the people from across the Humber region whose survival chances have been improved by the Daisy Appeal in the past and who are likely to benefit from its facilities in the future.

“My focus will be on the business community, inviting the region’s employers on both sides of the Humber to consider the wellbeing of staff and their families and of their business networks including suppliers and customers. We have come up with some innovative fundraising ideas to support the Daisy Appeal and we want businesses to be a part of that.”

Professor Nick Stafford, Chair of the Daisy Appeal, said: “We’re grateful to Mike and the guys at Design Workshop for this fantastic rebrand which puts the spotlight on the achievements of the Daisy Appeal and in particular on the significance of the new MIR centre.

“The logo has taken pride of place on the new website and will be rolled out in the coming months as we work towards opening the new centre. Hopefully it will help our fundraisers grab the attention of prospective corporate and community supporters who can help us provide better treatment and quality of life for people with cancer, heart disease and dementia.”

Parking charges across the city suspended until further notice