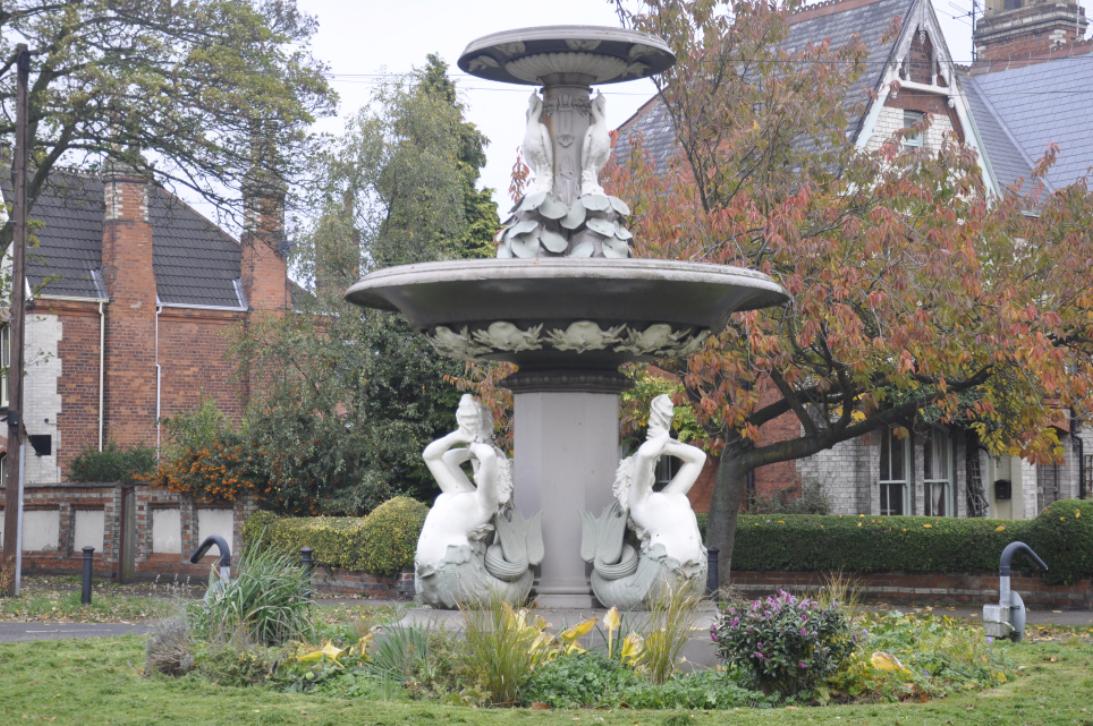 Looking for a suburban walk to inspire and take you down memory lane?

Check out the beautiful houses, and fountains that form the 4 main tree lined straight Avenues running off Princes Avenue in Hull. This is a conservation area and there are ducks crossing occasionally! I had always admired the 6, Queen Ann Revival Style 19 th Century Mansions, between the cast iron ornamental fountains on Westbourne Ave and Park Ave and can now proudly say that I live in one of the apartments that form 3 and 5 Salisbury Street. They were designed by Gilbert Scott Junior, from the renowned 3 generation family of architects. There is too much history to go into here but I would like to tell you a little bit about this part of Hull. Take a walk with me.

Architects, Solicitors and Merchant Ship Owners were the first to live here and developed the first properties in the late 1870s. The estate was formerly opened in 1875 by the developer David Parkinson Garbutt on the outskirts of Hull, within half a mile of the Pearson Park which was opened in 1860. Gilbert Scott junior’s properties are said to be the sole surviving examples of his highly regarded domestic architecture and were Grade II listed in 1973. He sadly died aged 58 in The Midland Grand Hotel, St Pancras, which his father designed, along with The House of Commons Chamber and Westminster Hall (1950), the chimneys of The Battersea Power Station and the Red Telephone Box (ours are white but they are the same).

Westbourne Avenue is the widest avenue and Park Avenue had its first residential school built in 1888. This was called The Industrial School for Girls and was a ’Correctional’ Facility! It is now known as The Avenues Centre. It was in 1900 that electric trams could be caught on Princes Avenue which linked the city centre via Spring Bank and in 1937 we saw the introduction of trolley buses. At the same time, the terraces known as The Dukeries were developed. Streets named after ducal seats, Welbeck, Thoresby, Belvoir and Blenheim. They were un-gardened and mostly completed by 1910. In 1905 Alfred Gelder (architect) and staunch Methodist, designed The Princes Avenue Methodist Church. In 1906, Froebel House (5 Marlborough Avenue), a further preparatory school which still exists as a private school was built and it was in this year on the Avenue that St Cuthberts Church was built.

It may surprise you that Hull had drinking fountains before London. These encouraged people to drink water rather than beer! A new free drinking fountain would have been a fairly major event ‘back in the day’ and would have been very well used. I remember using the one in Pearson Park as a child. Ornamental Fountains would have been mainly in private gardens, but the 2 in Westbourne and Park Avenue were restored in 1975 to mark the European Architectural Heritage Year. Copies of the Versailles fountains, the round pyramid of Mermaids, dolphins and Herons are featured in the design of which there were originally 6, built around 1875, but the 2 on Princes Avenue were removed in 1926 as trams and general traffic began to dominate the landscape.

Look out for the Green plaques above the front doors of houses on the Avenues denoting the people that lived there. Amy Johnson (pilot) CBE, born in 1903, first woman to fly solo from England to Australia, Anthony Minghella(writer), Dorothy L. Sayers(writer),The actor Ian Carmichael himself unveiled a plaque on Sayers old house . Carmichael who ​lived on Westbourne Avenue as a boy, played the crime writer’s most famous character ’Lord Peter Wimsey’on the television and radio. Joseph Groves Boxhall(4 th Officer who was put in charge of one of the lifeboats and survived Titanic disaster 1912) to name but a few.

Residents on the Avenues now are a real mix of private owners, tenants and some more vulnerable people with lifestyle problems. International House on Westbourne Avenue used to be a Nursing Home called ‘Camms’ but in 1961 became somewhere for overseas students and travellers to stay at very reasonable rates. In the 1980s a lot of properties were affected by subsidence after periods of drought and extensive tree planting affected the clay underneath the soil. Many trees were cut down, but the upside to this was the permission given to local sculptors to make beautiful carvings from the stumps.

Between 1999 and 2006 a total of 13 were created. My favourite being ‘The Unicorn’ which is on Victoria Avenue. Now each year in July over 50 gardens are open to the public in aid of charity. Safe Halloween organised walks for children and families are a fun feature too. Check out the windows of the Avenues in December, as a Giant Advent calendar comes to life. The locality has exploded recently with more than 30 bars and restaurants and is now a cosmopolitan hub of activity given its proximity to the Hull University. If you want to explore further, the local Avenues magazine APPRA (Avenues and Pearson Park Residents Association) lists current news and views and they have a Facebook page.