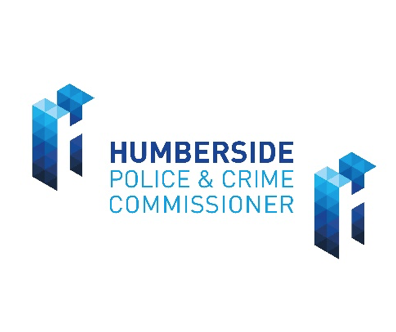 As we progress through this unprecedented emergency period, in which the whole world has been affected to an extent never before experienced, we are all trying to create new ways of operating as organisations or businesses and trying to protect ourselves, others and specifically the NHS. As your Police and Crime Commissioner I am responsible for a number of areas and this blog will highlight some of the things the Office of The Police and Crime Commissioner (OPCC) has been doing to ensure vital services are maintained and vulnerable people supported.

Of course a key feature of my role is oversight of Humberside Police and a topic of much debate during the past days has been how the police are enforcing the new rules issued by Government with the intention of making us all safer. It is important to differentiate between the national debate around this, and how Humberside Police have operated. From the time this emergency began I have emphasised to the Chief Constable that my Police and Crime Plan would remain unchanged. Whilst the primary aims of the police are to preserve life and prevent crime the priority for them in how they carry this out is to build confidence in the police and partners and encourage resilient communities whilst also protecting the vulnerable. This requires a careful balance and I am content that Humberside Police are getting this right. That is not to say that there have not been examples quoted in the media where some officers in other parts of the country may not have got the balance right in the period immediately following the creation of the new rules and prior to the issuing of enforcement guidance from the Government and the Police Chiefs Council. Let’s remember, however, this is new for everyone and expecting consistency of application from day one is simply unrealistic. I do feel progress has been made nationally on this but we may still see some regional variations for a while longer.

There are those who say virtually any police enforcement of the new rules is tantamount to the creation of a police state and others to the contrary complaining that police action is not sufficiently robust. The police, as ever, find themselves in the middle trying to navigate between these competing narratives. My role, as your elected representative, is to ensure locally they uphold the essential balance that maintains public support and confidence. I think Humberside Police have been doing that and I thank the Chief Constable for his clear leadership in this matter. I also thank all the officers, staff, PCSOs, volunteers and special constables who, together, are keeping our communities safe under great pressure and an ever-changing operational environment.

We all have a role to play though and a key part of that is to follow closely the emerging Government advice which is intended to give the NHS the best possible chance of coping with those who require their services during this period. Those who flout the rules as stipulated by Government are putting us all at risk. It is as simple and as stark as that. That is the best medical advice and the police will always revert to their primary duty of preserving life, everyone needs to understand that. At times of emergency some liberties can be curtailed for the benefit of the many. That has always been the case and that is the case now. The more we comply the quicker we will revert to something approaching normality.

Please keep yourselves and your loved ones safe by following Government advice and stay inside to protect the NHS.

They’re off – for the Daisy Appeal race night at Airco