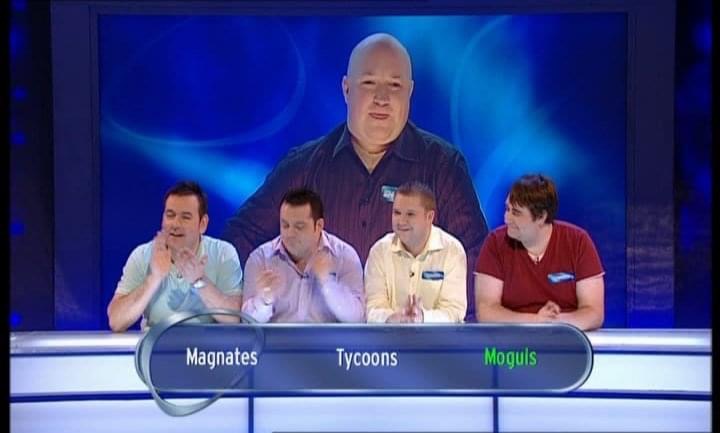 Hello again, only me. Still sitting at home following the rules and doing some volunteer stuff as and when I can. Enjoying doing my show on Hull Kingston Radio more than ever too, the feedback has been very sweet, thank you. If you haven’t heard it you are missing a treat, the music is sublime. Lots of gems from the 80s you haven’t heard for years and won’t hear anywhere else. C30 C60 C90 Go airs every Thursday at 7pm on Hull Kingston Radio 107.4FM, online or by downloading the app.

Anybody who knows me knows I am a bit of a quiz show fan; I have applied for a couple since we have been in lockdown to see if I can add to the list. I have been lucky enough to have been on six different shows over the years, which just shows what a media diva I am. I love it, you can’t beat it and if you happen to win whilst on there too, what’s not to like?

First time I ever appeared on a show was back in 2000 (I was VERY young…obviously) it was a show called ‘The Biggest Game In Town’. It was a live ITV quiz show that ran across lunchtime. It was based on the days news and general knowledge. The format was similar to bingo in that you had to fill four corners, a line, and a full house to get through to the jackpot round. Did I mention it was live? No time for retakes, no time to freeze or need a moment, it was exactly as you saw it. The usual host of the show was a guy called Steve LeFevre who was a presenter here in Yorkshire but was hosting this national show which was filmed at Granada Studios in Manchester. This Friday, Steve was ill but, with it being a live show, it couldn’t be put on hold it had to go on. So they got in Bobby Davro to host it for that day.

Bobby knew the rules as well as we did so it was always going to be fun. Anyway the show started and was going well. It got to the end of part one and before we went to the break Bobby turned to me and said “You know Darren you remind me of one of the Mitchells.” I replied “Oh, which one? Peggy”. Silence. He looked at the camera and said “He’s pinched my gag”. We went to the break and he kept muttering how I had pinched his joke. I felt bad, but not that bad as I went on to win and came home with a few quid and a dirty look from The Dav.

Appearing on that show had given me the buzz and I wanted to do more. A couple of years later, whilst producing Hirsty’s Morning Glory on Viking FM, myself and the newsreader Kirsty applied to Ready Steady Cook, they said we could go on and take on each other. Sadly, in the months leading up to it, Kirsty left but they still wanted me to take part. I was pitted up against somebody who worked on The X Files and had brought a whole team of American supporters to cheer her on. I had chosen my ingredients and was paired up with Yorkshires very own James Martin. I was in absolute awe at the talent of the chefs who genuinely came up with the dishes in 20 minutes. James cooked 3 puddings which were amazing and we pipped our rivals at the post.

I was becoming quite addicted to trying to get on them by this point. Bargain Hunt followed (we were awful), Eggheads where the ‘Magic Vikings’ ran the Eggheads close and The Chase which meant meeting the very funny Bradley Walsh. Sadly these three all ended in defeat and leaving with nothing. It was a couple of years before I tried again. Myself and my mate Jonathan gave Pointless a go and walked off with the trophy and a few bob for our troubles. It was a wonderful day out and something I would recommend to anybody.

I often hear people saying they would like to try for a TV quiz and my advice is…DO IT. You will have a fantastic day to remember if nothing else. As for me, well I haven’t appeared on one for a few years but I did try my luck on Popmaster on Radio 2 which earned me a nice DAB radio. This just shows I am a geek, anorak and show off all rolled into one.

A Night To Remember