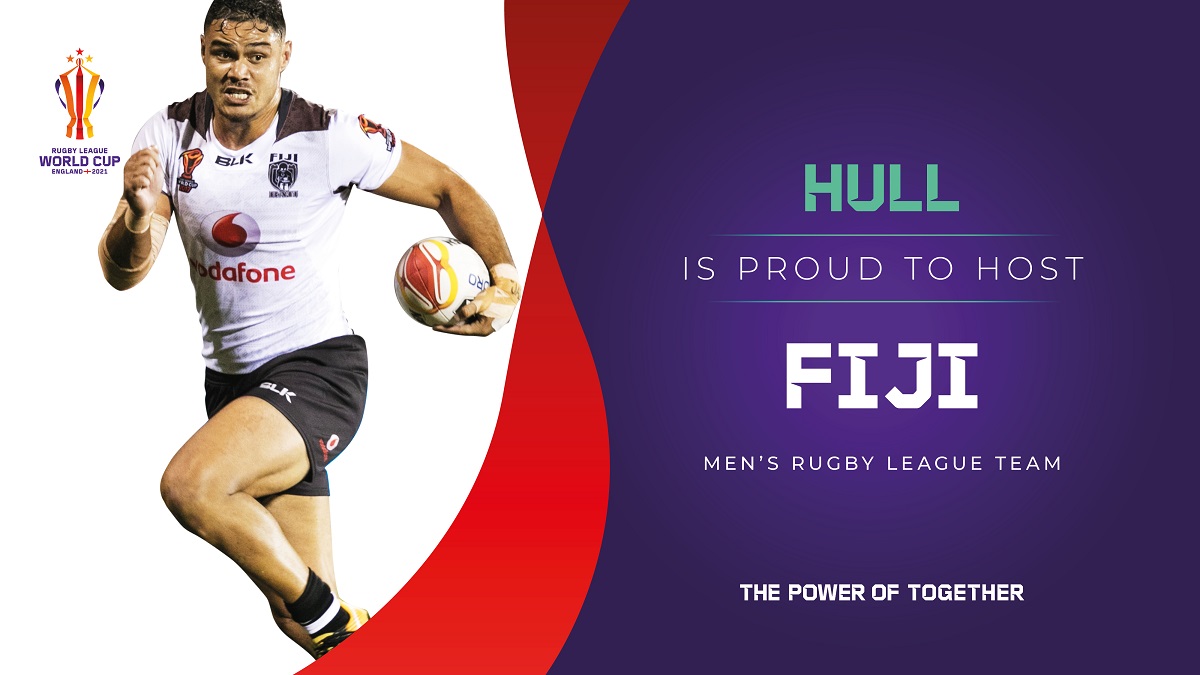 With 500 days to go until the opening fixture of the Rugby League World Cup 2021, tournament organisers have announced that Hull will act as the training base for Fiji’s men’s team.

Hull’s passionate rugby league fans will welcome the 2017 semi-finalists to the KCOM Stadium, which will host two men’s games, including a quarter-final, in the tournament.

Councillor Dave Craker, Hull City Council’s portfolio holder for leisure and culture, said: “We are incredibly proud to be hosting the Fijian team and look forward to welcoming 2017’s semi-finalists to our great city next year.

“With 500 days to go, the countdown is well and truly on and excitement is building amongst Hull’s massive rugby league community.

“Hull is well-versed in hosting visitors from across the UK and, as a city of culture, we know this fantastic tournament will bring rugby fans from across the country and the world, which in turn is great for our city’s economy and reputation across the world.”

Fixtures for all three tournaments will be announced in the coming months.

Organisers have also revealed new branding for the tournament, celebrating the power of together. Hull now has its own bespoke elements, using some the city’s most recognisable locations and people.

Across the UK, squads from the 21 unique nations and 32 teams will be based in different locations.

RLWC2021 chief executive Jon Dutton said: “Hull is a rugby league powerhouse and home to one of the best rivalries in sport. We are sure that this news will excite everyone in Hull, as they are set to welcome one of the most exciting and passionate teams to play the game, Fiji.

The Big Ask: children and young people in Hull asked what they need to live happier lives