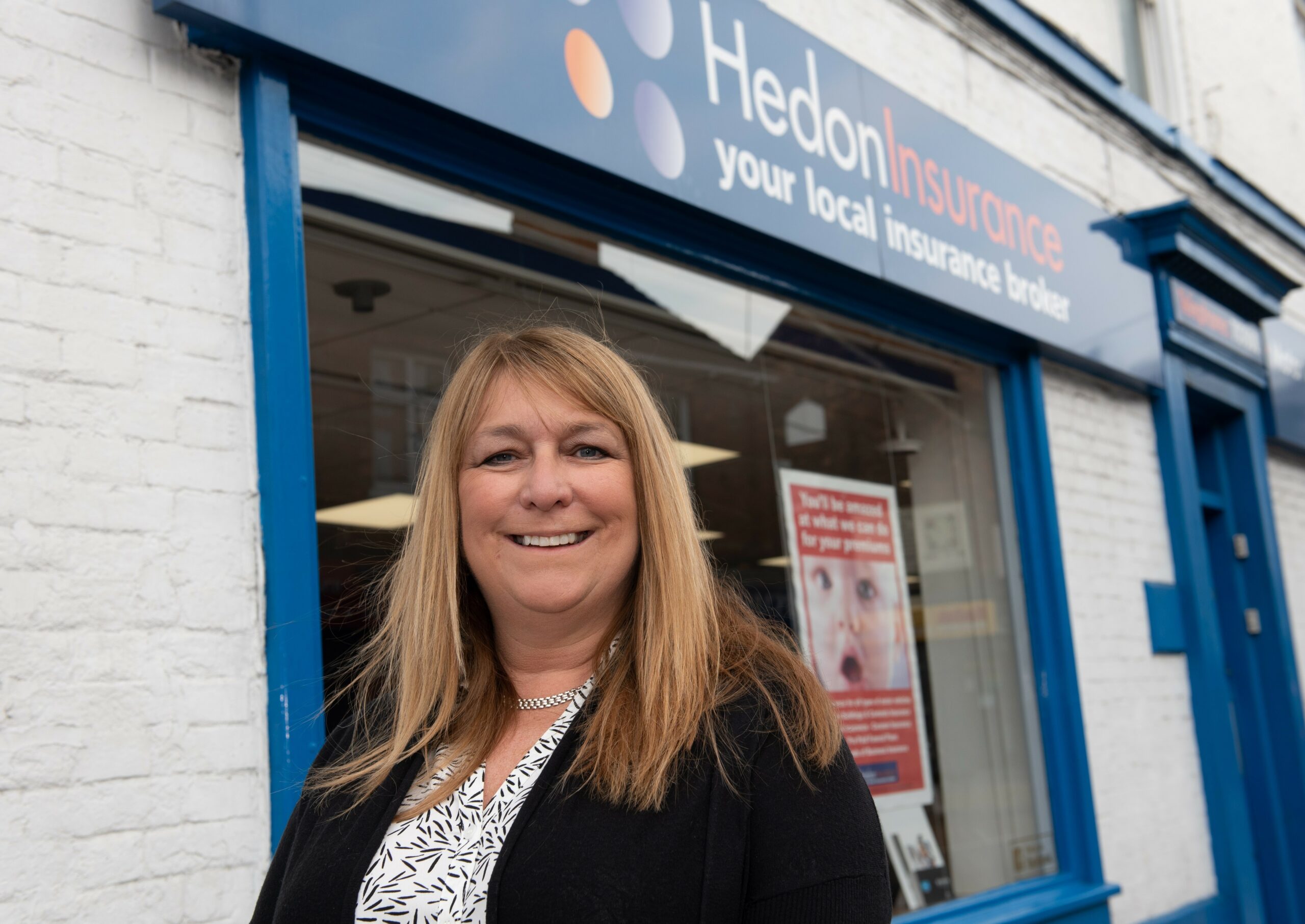 An independent insurance broker which celebrated its 50th anniversary during 2019 is looking forward to further success as it harnesses its traditional approach with modern technology in a sector which is undergoing constant change.

Anne Walters, Managing Director of Hedon Insurance, revealed that turnover has increased by 500 per cent in the last 10 years and broke through the £1-million barrier even before the company reached its 50-year milestone.

During 2019 the well-established Swinton Insurance reduced the number of its offices by more than half and revealed that only two per cent of business came through the branch network. More recently Jelf announced a rebrand to Marsh Commercial from early 2020, with analysts predicting the move will benefit regional brokers.

Anne said: “It’s been another turbulent year in the insurance sector. We watch what other companies are doing and we constantly review our own performance, so we are aware there is still a trend to move services online but we remain totally committed to maintaining a personal service with face-to-face contact in each of our offices.”

Hedon Insurance was just one firm in a Yellow Pages section of more than 200 when the business opened its first office in 1969. As other brokers across the region and nationwide closed in the face of competition from  bigger firms selling direct through TV, telephones and the internet, Hedon Insurance thrived and now employs 24 people in four offices.

Hornsea opened in the early 1990s and was Anne’s starting point with the company when she joined in 1993. After taking over the business in 2006, Anne embarked on further expansion, opening an office in Holderness Road, Hull, the following year and then in 2010 opening a Cottingham office which relocated to bigger premises two years ago.

She said: “Hedon Insurance has just completed 50 years and our Cottingham office is entering its tenth year and all of that is the result of us creating a business model which is successful and sustainable.

“We expect to see continuing consolidation in the insurance sector with more and more companies going down the online and call centre route, but there are still a lot of clients who don’t want to do that and that’s where we come in by offering the best of both worlds.

“We have a customer retention and satisfaction rate of more than 90 per cent and that’s down to combining the traditional caring and considerate approach of experienced and knowledgeable staff with the use of technology and other modern business practices.

“We can access everything that the big online firms have to offer but because we know our customers personally and we know the local area we can make sure their policies are specifically tailored to their needs.”

A message from Reeds Rains