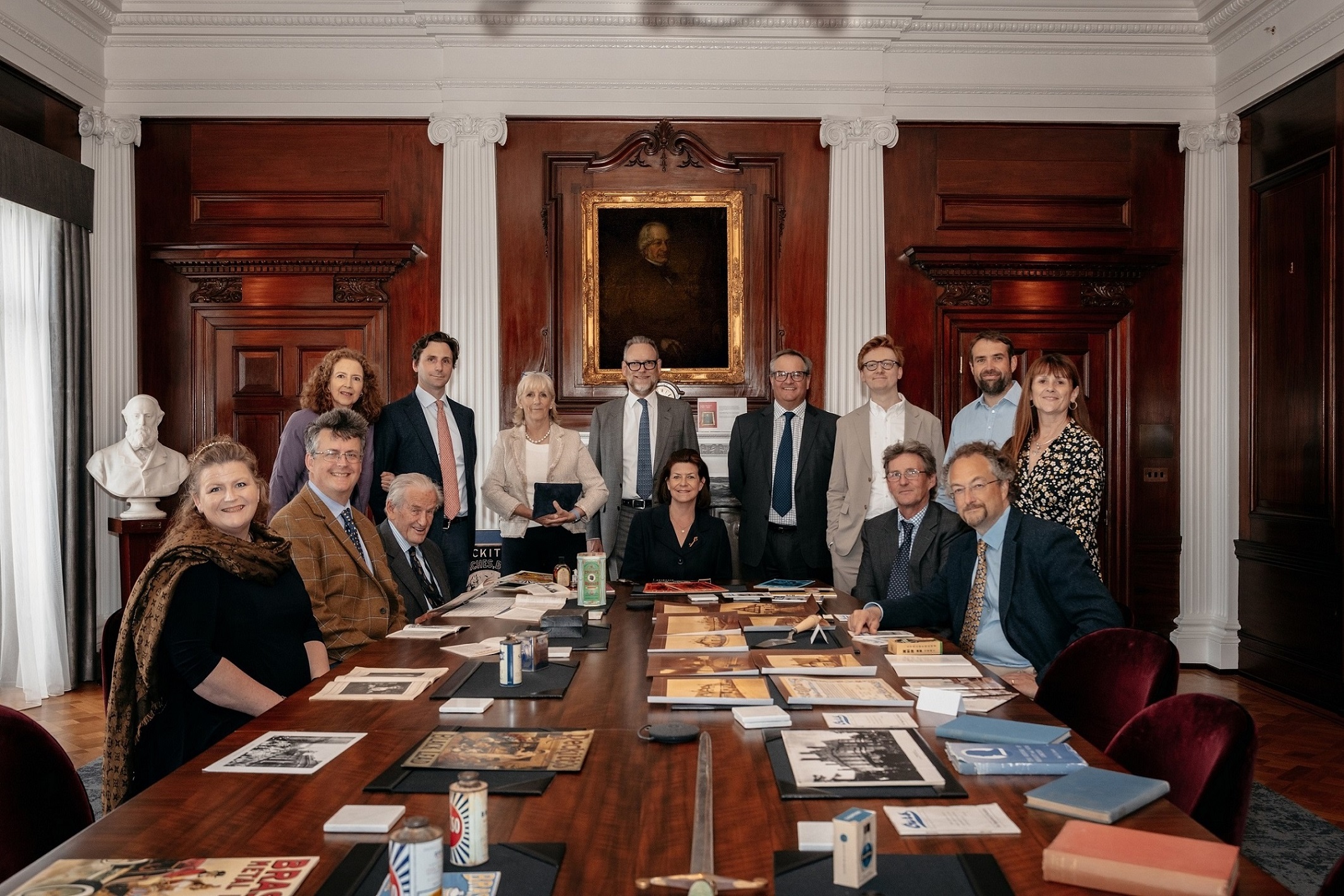 The Sir James Reckitt Charity trustees in the historic boardroom at Reckitt’s Hull site with an array of items reflecting the company’s history and heritage. The portrait above them is of Sir Isaac Reckitt, founder of the company and Sir James’ father.

Charitable causes across Hull and East Yorkshire are being reminded to apply for special Centenary Grants launched by the historic Sir James Reckitt Charity to celebrate its 100-year legacy.

The charity has become a fitting legacy for Hull’s great philanthropist, having donated over £30m to help good causes across both Hull and East Yorkshire and the Quaker community.

To mark 100 years of giving to charitable organisations across Hull and the surrounding area, The Sir James Reckitt Charity has announced special Centenary Grants totalling £2m are being made available this year.

The grants are available to any organisation or charitable cause which has been supported by The Sir James Reckitt Charity in the past 10 years.

Local organisations which have benefitted from the charity in recent times include Hull Sea Cadets, Humbercare, Sight Support and the Spring Bank Community Centre.

Sarah Craven, Chairman of The Sir James Reckitt Charity and great, great granddaughter of Sir James, said: “As our charity celebrates 100 years of supporting good causes, we were delighted to announce special Centenary Grants which are available to all organisations in our existing network.

“As a descendant of Sir James, it’s been a privilege to continue the extraordinary impact he had on Hull and to ensure his values and charitable ethos lived on after his death.

“I encourage all organisations we currently work with to please get in touch with us and apply for our Centenary Grants. These grants are available throughout 2022 and are a significant increase on our typical annual giving.”

The Centenary Grants have been made available following the death of Kate Pollock, a cousin of Mrs Craven and herself a descendant of Sir James, as well as other sources of funds.

Mrs Craven announced the grants to special guests and delegates at a celebration event which was held at Reckitt’s £105m Science and Innovation Centre.

She took to the stage wearing a broach which was presented to Sir James when he officially opened the Carnegie Library in Hull in 1905.

Sir James campaigned tirelessly for the first public, free-access library in Hull, which opened in 1892 in east Hull. It was part of an extraordinary legacy which also saw him oversee the construction of around 600 houses in Garden Village for Reckitt employees.

That legacy has been carried on by The Sir James Reckitt Charity’s work over the past century, with millions supporting an array of charities and other organisations in Hull and East Yorkshire.

When Sir James Reckitt donated 33,333 company shares to launch a charity in his name, he requested that donations be made to causes significant to Hull and East Yorkshire.

For Hull, few things are more significant than the area’s rich maritime heritage.

The city’s fishing and maritime past dates back centuries – in fact, fisherman have operated out of Hull since the 16th century.

It’s for that reason that The Sir James Reckitt Charity has supported the Sailors’ Children’s Society for the past 100 years.

From funding an orphanage house for children whose fathers were lost at sea, to supporting families during the Covid-19 pandemic, it’s a partnership that has benefited countless seafaring families.

As The Sir James Reckitt Charity celebrates 100 years since its foundation, Deanne Thomas, CEO at the Sailors’ Children’s Society, says its contribution has been invaluable.

She said: “The support we’ve received from The Sir James Reckitt Charity over decades gone by has enabled us to move forwards and expand the support we provide to families of seafaring people.

“This support has been particularly helpful during the pandemic, when the Society has provided additional help to families across the region.

“On behalf of the Society, I’d like to thank The Sir James Reckitt Charity for its ongoing support of the work we do helping disadvantaged children of seafarers.”

The Sailors’ Children’s Society was formed in 1821, and throughout its 200-year history has provided support to seafarers’ children both in Hull and nationally.

Sir James Reckitt was involved with the Society in its early years, and provided funding for one of the orphanage houses on the Newland Homes Estate, Cottingham Road, Hull, which was opened in 1896.

The orphanage provided a home for both boys and girls until it closed in 2004.

When The Sir James Reckitt Charity was formed in 1921, it continued to provide support to the Sailors’ Children’s Society with an annual grant.

Sarah Craven, Chairman of The Sir James Reckitt Charity, said: “Sir James’ support of the Sailors’ Children’s Society stretches back even further than our own charity’s history. It’s a cause that meant a great deal to Sir James, and so many orphaned children benefited from his donation in 1896.

“The Society has since evolved and expanded the important work it does to support the families and children of seafarers, and as a charity it’s been a privilege to play a small part in that work.”

During Covid, the Sailors’ Children’s Society has provided a range of support to families and children – from the donation of home computers to children while schools were closed to helping families pay for food and electricity.

Through an annual grant from The Sir James Reckitt Charity, the Society continues to provide an invaluable package of support to those most in need.

In Yorkshire’s maritime city, it is a cause Sir James was only too proud to support.

As well as supporting local good causes, donations have been made by The Sir James Reckitt Charity further afield. In 1984, £10,000 was sent to tackle famine in Africa; £15,000 supported a hurricane appeal in Honduras and Nicaragua in 1998; and £20,000 was sent to Kosovo in 1999 as war raged in the country.