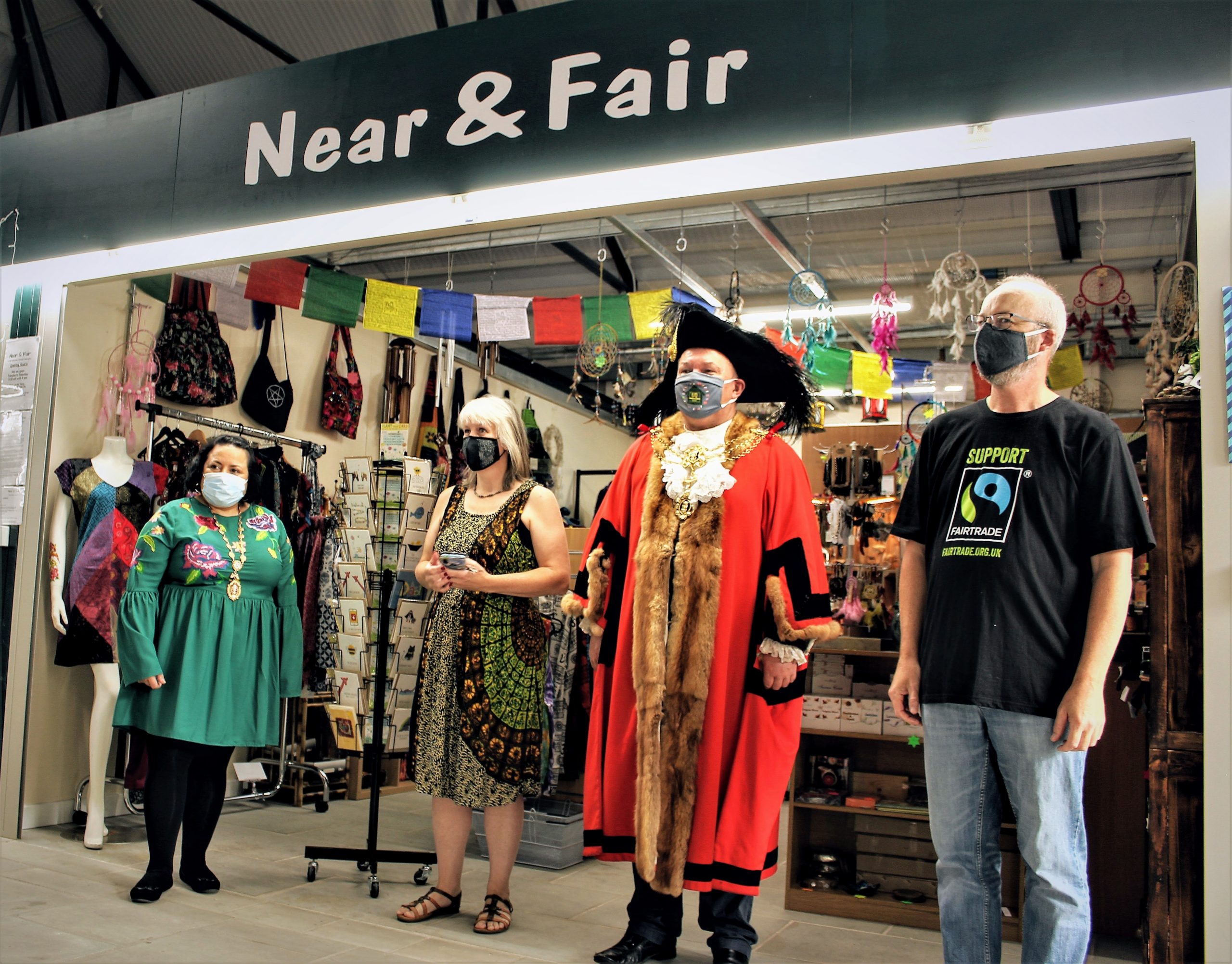 photos were by Christopher McNally.

Despite all the problems 2020 has been throwing at us, ethical shopping is continuing to grow in Hull.

On Saturday, 25th July, Julie and Richard of the Fair Trade shop Near & Fair were joined by the Lord Mayor of Hull to cut the ribbon to their shop’s new, much larger home in one of Trinity Market’s biggest non-food retail units.
Social distancing rules dictated that a large crowd could not gather in the space outside the retail unit which is close to the Lowgate entrance inside Trinity Market Arcade, so only a small number of guests from Fair Trade organisations were invited, and the event was live-streamed to Facebook to allow other supporters of this ethical business to watch at home.

Julie spoke first, reminding us that Hull holds Fair Trade City Status. After explaining how she was introduced to Fair Trade by her former employers, two of whom were present at the event, Julie told us how every individual who buys ethically makes a difference. “It might only be a
small difference, but when added to other ethical shoppers’ small differences it really adds up to something significant and even life-changing for the people who produce the things we buy.”

The floor was then passed to the Lord Mayor. Adorned in full robes and chains the Lord Mayor reminisced fondly about former Fair Trade events he had attended including the human mosaic of the Fairtrade logo in Trinity Square last year in which his husband had participated.

“It’s about fair pay for goods made by workers”, he told us, and that “they worked in safe conditions, and also free from any child or exploitative labour. Fair Trade is about people, it’s about communities, and also about environment”.

After thanking Julie and Richard for their perseverance in pursuing the enterprise the ribbon was cut and the expanded Near & Fair shop was officially declared open for business.