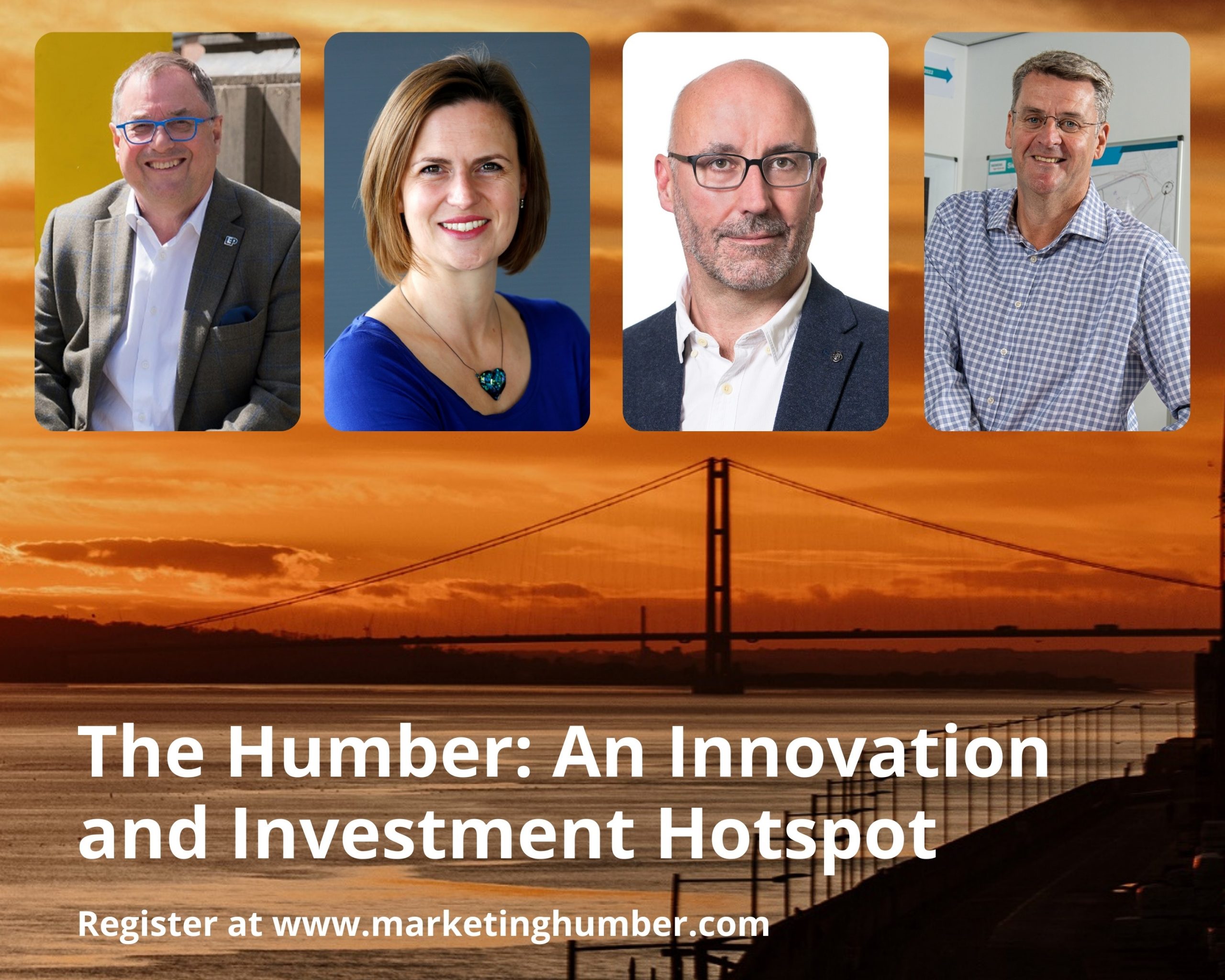 Business leaders are being urged to join a high-profile event aimed at helping secure billions of pounds of investment to make the Humber a net zero world leader.

Fourteen pioneering projects will be the showcased at a major new conference next month to demonstrate why the region is at the forefront of the global transition to a zero-carbon economic model.

The event – The Humber: An Innovation and Investment Hotspot – will explore the region’s role in driving the green economy recovery, both nationally and internationally.

Organised by Marketing Humber, it will include the launch a platform to attract investment for the region’s major decarbonisation projects, which include:

· Humber Zero – A new initiative to create a carbon neutral industrial cluster that would produce sufficient clean hydrogen to power over one million local homes.

· Keadby Clean Power Hub – A new facility in North Lincolnshire developed by SSE Thermal to use carbon capture and storage and hydrogen to decarbonise its flexible gas-fired generation.

· Localised Energy Station – A trial project for a new type of advanced “energy station”, led by the University of Hull’s Professor Xudong Zhao, which could unlock mass decentralisation of the power system.

· Lagoon Hull – The transformational £1.5bn development which would protect the city from flooding, reduce traffic congestion and create new business and leisure opportunities.

These and nine other similarly ambitious schemes, including a world-leading centre of excellence in flood resilience and the development of water sensitive regeneration, will be detailed in full on a new website unveiled at the digital conference.

Each speaker will provide an update on their own organisation’s major decarbonisation projects and discuss how the drive towards net-zero provides the Humber with the perfect catalyst for economic recovery and growth, post Covid-19.

Bill Walker, the recently appointed Chair of Marketing Humber, the organisation that promotes the Humber on the national and international stage, said: “This region has a crucial role to play in the growth of the green economy through the innovative, multi-billion-pound projects we’ll be shining a light on at this event.

“The Humber is ideally placed to be at the very forefront of the levelling up and recovery agendas. In recent years we’ve become a prime location for business development and inward investor interest from across the UK and overseas and we now need to capitalise on this unique opportunity before us.

“I’d encourage any business or organisation that has a vested interested in our economic recovery through the green energy revolution to join us at this important event.”

The Humber: An Innovation and Investment Hotspot follows the highly successful The Waterline Summit 2021, which took place virtually last October and highlighted how the climate change threat presents a unique opportunity for the Humber to attract significant investment and create thousands of skilled jobs.

It featured renowned speakers from business, government and national media, as well as sustainability experts, and attracted more than 3,000 visitors, including a global audience from countries including the United States, China, Australia and Brazil.

The Humber: An Innovation and Investment Hotspot takes place 8.30am-10.15am on Thursday, March 11. To register for the free event, visit www.marketinghumber.com

The NP11 is the business-led voice for the North that brings together the 11 Local Enterprise Partnerships (LEPs) from the North of England.

Roger is also Chair of the Northern Powerhouse Investment Fund Strategic Oversight Board and sits on the Department for International Trade’s Investment Trade Advisory Group (TAG) alongside business leaders, economists and other experts.

He will address how regional projects demonstrate the important role the Humber has in the levelling up and recovery agendas.

Roger said: “With its strengths in energy production and industrial processes including chemical refinery, clean energy, hydrogen production and carbon capture, as well as its ability to trade with the world through its ports of Hull, Goole, Grimsby and Immingham, the Humber is a region with real potential to become a global leader in decarbonisation.”

Katie has been instrumental in developing and managing grant-funded programmes for CATCH, an industry-led partnership which supports the renewable, energy and engineering industries across Yorkshire and the Humber.

She will share an overview of the Humber Industrial Cluster Plan, a comprehensive strategy for decarbonisation in the region developed with the Humber Local Enterprise Partnership (LEP) and eight industry partners.

Patrick played a key role in px Group’s acquisition of Saltend Chemicals Park in 2018 and is leading its role in the H2H Saltend and Zero Carbon Humber renewable energy projects.

He will share more information about these and other projects at Saltend and discuss px Group’s role in the Humber Freeport bid.

Patrick said: “I’ve never known an opportunity quite as exciting as the one we have before us as a region right now. The rate of change and the commitment from everyone to make this happen is quite staggering and it is now up to us to drive this forward collectively.”

Finbarr is overseeing Siemens Mobility’s investment of up to £200 million in developing a state-of-the-art rail manufacturing facility in Goole. Previously he led the Siemens project to establish a world-class centre of offshore wind manufacturing, assembly and logistics in Hull.
He will give an update on the Goole development and the vision to create an industry-leading “rail village” bringing together manufacturing, research and development, digital innovation and key suppliers.

Finbarr said: “At Goole we’re setting the bar high, to deliver sustainable solutions for the UK’s railways and rail infrastructure. As well as building world-class trains for Britain’s rail network, we will be focusing on technologies such as battery and hydrogen power to put the UK and the Humber at the forefront of low carbon travel.

“In addition, we will play our full part in promoting Goole and the Humber as the place to demonstrate levelling up in the UK economy, through initiatives such as the Humber Freeport and Goole Town Deal bids, both of which we are actively supporting.”