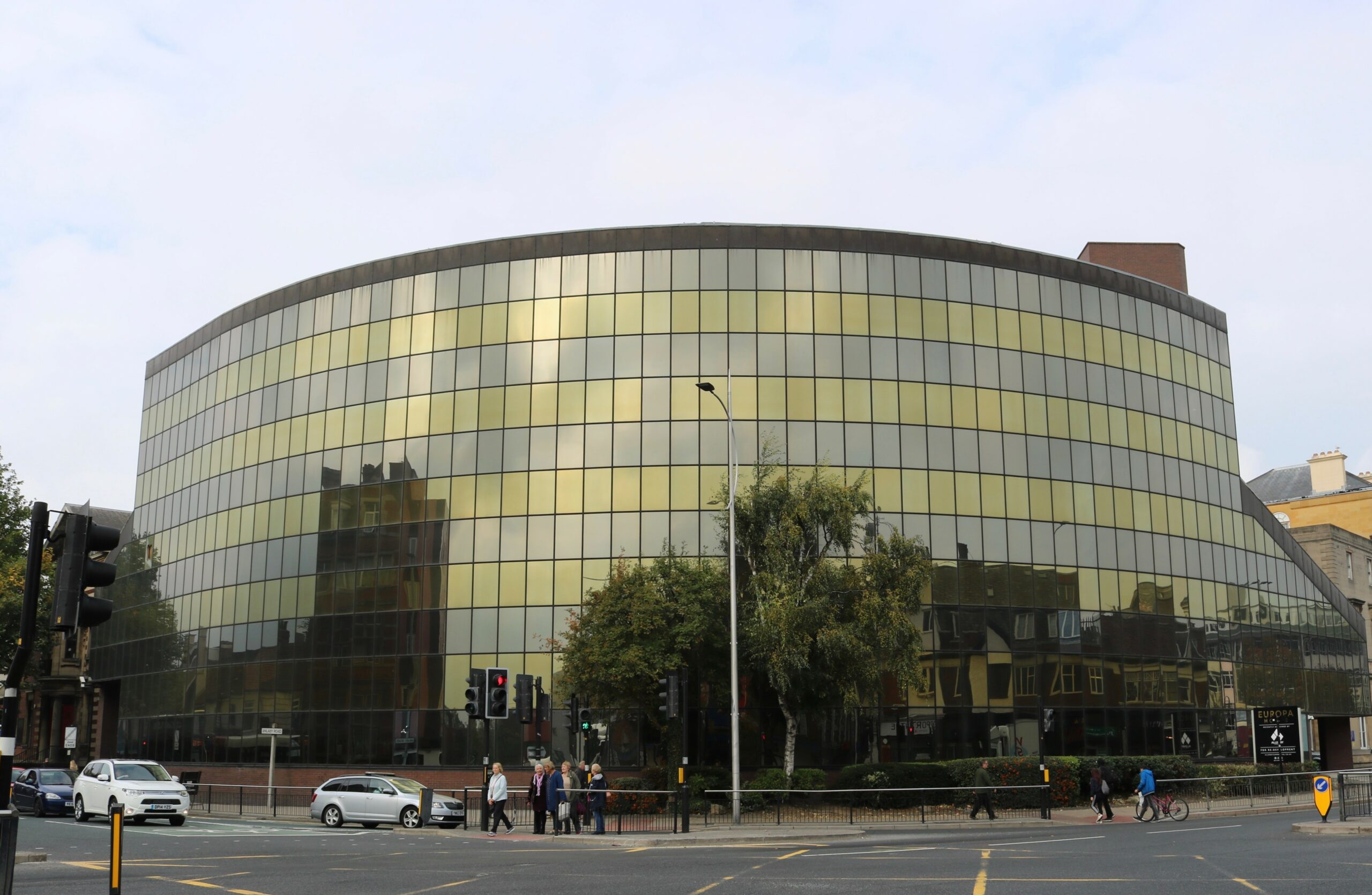 Hull-based property developer Allenby Commercial has unveiled a stylish new look for one of the region’s stand-out buildings.

The company has submitted a planning application for a complete revamp of the 1970s office block Europa House to create Monocle which – subject to planning permission – will be transformed by a project beginning early next year with the potential to create up to 600 new jobs.

Georgia Allenby, Design Manager at Allenby Commercial, said: “The inspiration for the re-brand was the existing shape of the building. We are aware that we are altering an iconic building, but change is needed to bring the building into full use.”

Allenby Commercial is building a reputation for the innovative conversion of sites throughout Hull city centre with projects including Paragon Arcade for independent retailers, Hideout boutique apartment hotel, Danish Buildings for creative businesses and Minster Corner, a former Jobcentre which has been turned into Grade A offices for software business APD Communications.

Europa House has become a city centre landmark as the distinctive, gold-clad office block which has sat the corner of Anlaby Road and Ferensway since 1975. Allenbys plan to maximise the benefits of a location directly next to Paragon Interchange and of the scale of a property which offers nearly 50,000 square feet of space across six floors.

Facilities for tenants will include a cycle store and showers as well as a car park, bringing multiple travel options which include the adjacent bus and rail stations. A rooftop garden will give panoramic views across the city.

Options for the ground floor include retail and food and beverage use, with Allenbys eager to provide opportunities for the sort of local independent operators who have made Paragon Arcade such a success.

The upgrade will include replacing the trademark Europa House yellow tinted glass with a more modern, eye-catching glazing system which will also improve the working environment.

Georgia said: “People often identify the building as ‘the big curved mirror building’, because at the moment the glazing acts as a mirror and shield allowing very little vision into the building. Not only does this make the corner of Ferensway and Anlaby Road feel sterile, but the system has been poorly designed for the working environment inside the building in terms of temperature control and light quality.

“It will be interesting for passers-by as, for the first time since the property was built, you’ll be able to see into the offices inside the building. We want the place to feel like a buzzing business district with the movement and the activity which you see in other cities but which is currently hidden away in Hull’s big city centre offices.

“There will also be landscaping, opening up the area at the front to create space where people can sit rather than hiding it away as in the past.

“Bronze will still be a big part of the appearance and there will be some subtle touches with perforated metal, and moody tones giving an upmarket feel. We want the common areas to feel more like a restaurant, welcoming and relaxing.

“Monocle will make a big contribution to Hull’s new town district. When full it will be able to house up to about 600 people, which is great for public transport and the local economy. We will start the work in the New Year, subject to planning. We have some tenants lined up already and we hope that the first will be able to move in during the summer of 2020.”

The Mad Month of March: From White Rabbits to Mother’s Day