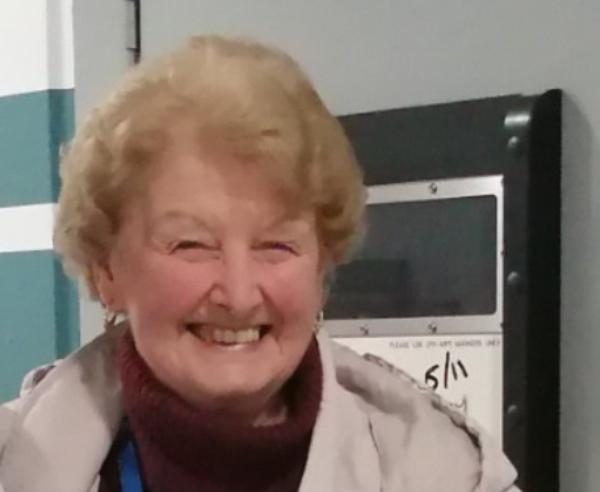 Meet the woman who has given over 35 years to volunteering for the police.

Carole Tyler is a remarkable woman. At 80-years-old she spends her days volunteering for a range of organisations including The British Legion, The Women’s Royal Army Corps Association and both Humberside and Lincolnshire police.

Carole’s interest in the police force began when she was just a child growing up in Grimsby. With a father who worked as an officer in Leicester returning to the family home in Grimsby on his days off, she remembers that her house was often visited by police officers – for all the right reasons, she hastens to add.

But it wasn’t until later that she pursued this interest further, as when she was just 18 she decided to join the army. Carole filled her days with music playing the tuba in the army’s staff band, a role that took her all over Europe performing, she even played in the film Carry On Sergeant in 1958!

A few years later Carole was happily married with two young daughters and it was then that she decided that she wanted to get involved with the police force. She signed up as a volunteer Special Constable, a role that she did for a total of 25 years, her time split between Humberside Police and Lincolnshire Police.

Since that time Carole has done various volunteer and paid work. She has worked as a matron in the custody suite, volunteered with a HIV and AIDS charity, worked as a social worker and then as a detention officer at the old Grimsby police cells for almost 11 years.

But in 2008 she decided to retire from the cells in Grimsby and focus on her volunteering. It was then that she signed up as a Community Safety Volunteer with Humberside Police, a role that she still does today.

Over the past 12 years Carole has been an invaluable member of the Humberside Police family and she has been involved in a huge range of different jobs and events.

She has been involved in the training of other volunteers as well as police officer and staff, often role playing as a criminal or a victim to give the teams the opportunity to hone their skills.

As a Community Safety Volunteer Carole also supports Humberside Fire and Rescue service and has spent many hours knocking on doors and talking to people about the importance of having a working smoke detector and giving fire prevention advice.

Many of you have probably seen Carole at local community events, from marshalling at fun runs to talking to children about the police force how officers keep people safe, she is often one to volunteer to assist where she can.

Carole has also worked closely with our Major Crime Team, proofreading statements that had been originally written and later typed up to make sure that no errors have been made in the process. A role that she found incredibly rewarding, as she knew she was freeing up specially trained and highly skilled officers to continue with their investigations.

When asked why she volunteers Carole said: “I have always been involved in volunteering ever since I joined the Brownies as a young girl.

“There are loads of different ways that you can volunteer, so there is bound to be something of interest for everyone and you can do as much or as little as you want to. I’d encourage everyone to give it a go!”

Back to school wellbeing boost for pupils and teachers